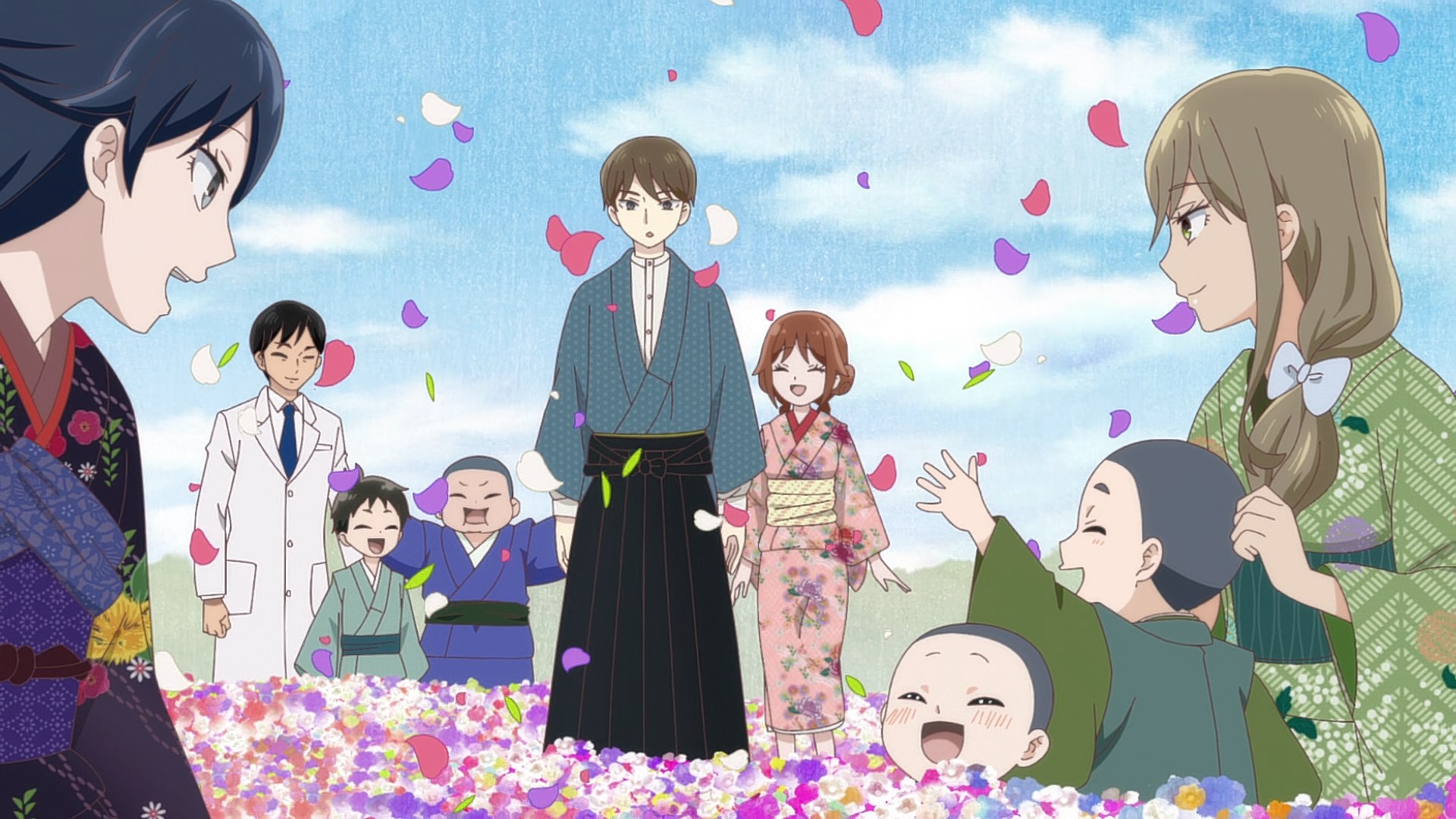 Taishou Otome Otogibanashi is a historic romantic story produced by SynergySP and released in the autumn 2021 season. Events take place 100 years ago and centres on a young man named Tamahiko Shima who is the son to an affluent family. Although materially rich, he lacks the love and warmth from his family so when he gets in an accident where his mum dies and he loses the ability to use his dominant hand he is orchestrated and becomes an outcast to the family.

Devastated at this ultimate rejection, Tamahiko drowns in his sorrows and rues how useless he has become. His sadness soon slips into depression until one fateful day when a young 14-year old girl named Yuzuki Tachibana comes knocking on his door and his life forever changes. 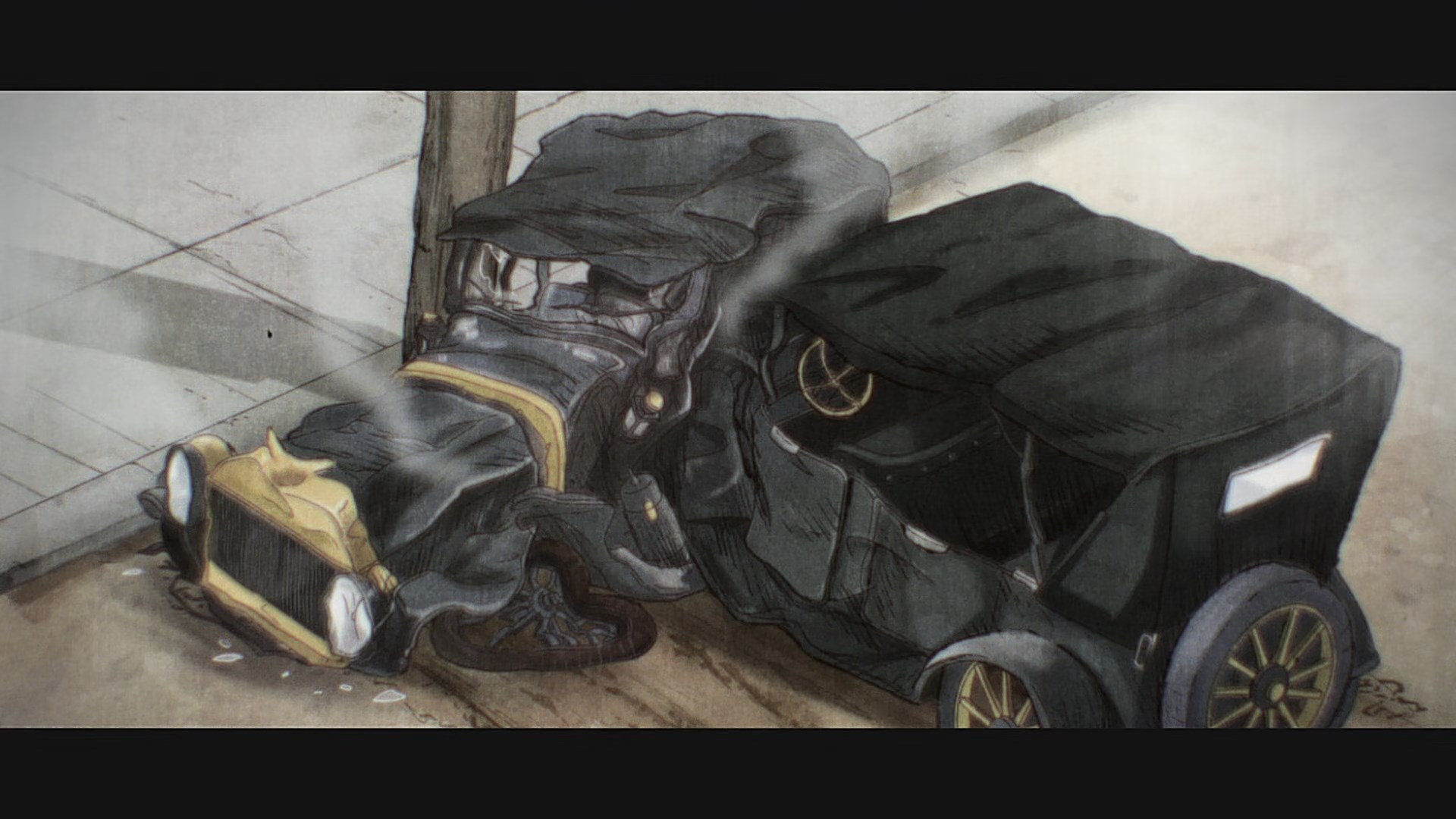 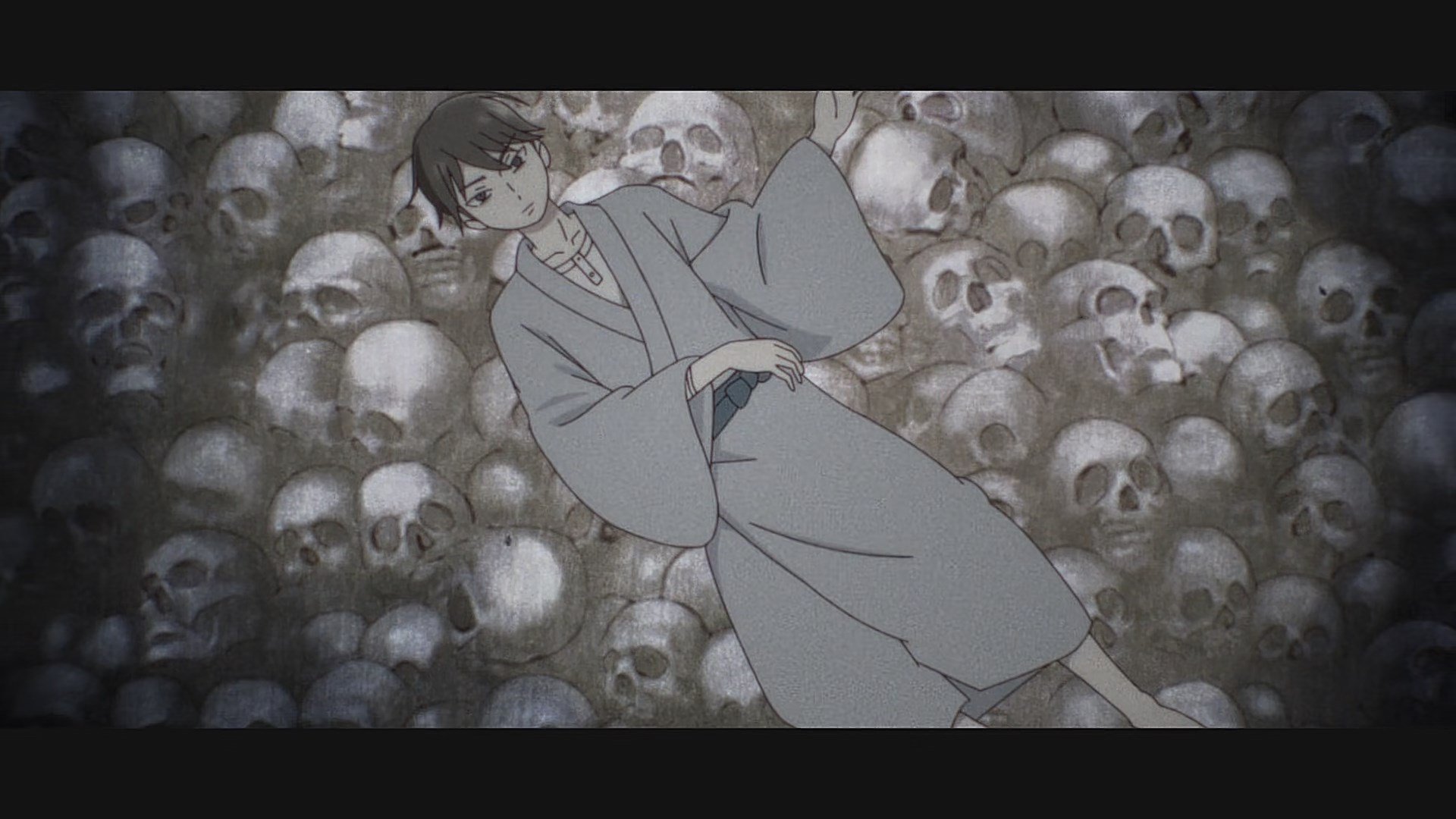 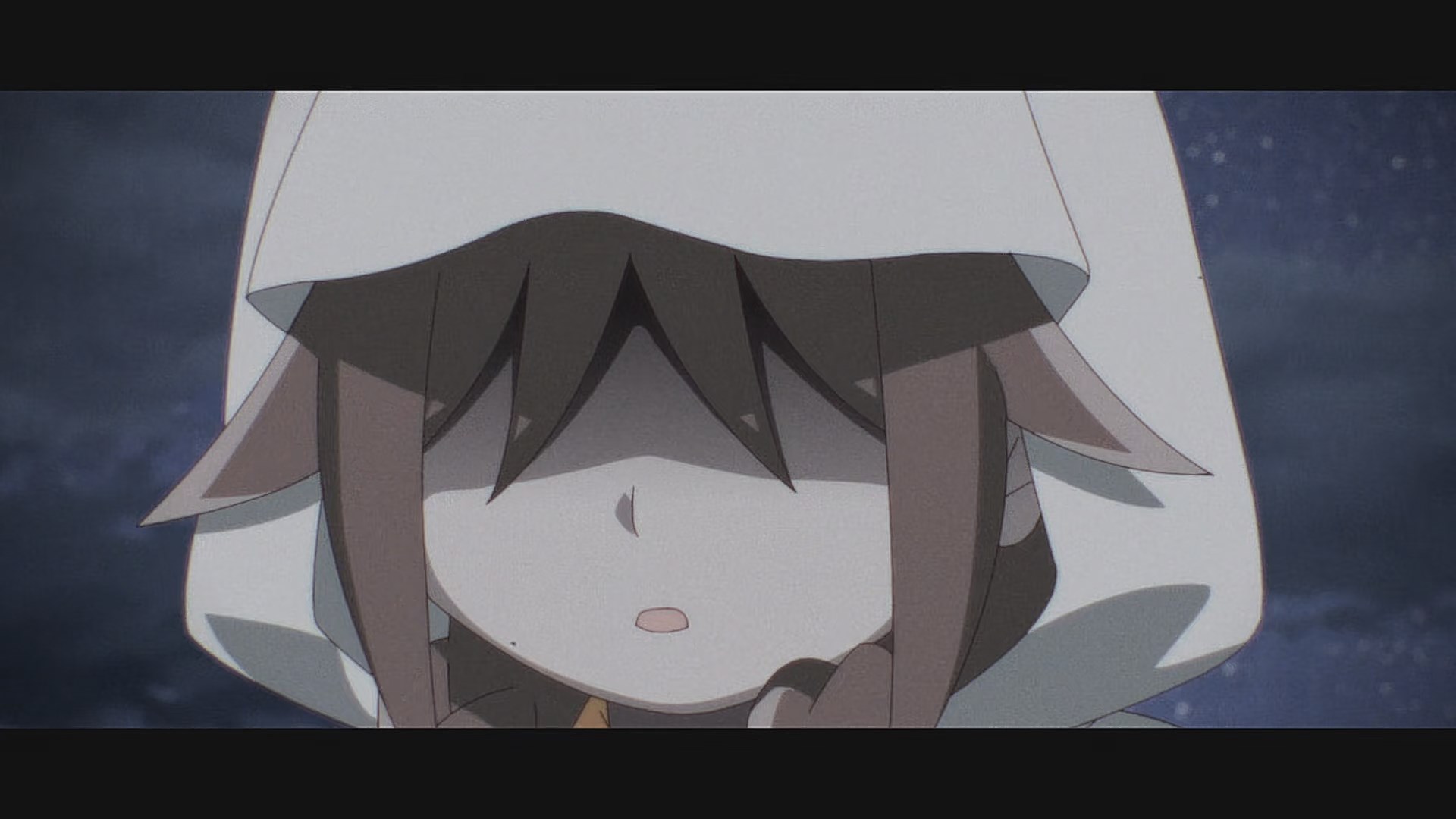 Don't be fooled by the gloomy opening scenes!​
The premise does make for some sombre reading but if you think that this series will be a dark one that explores the issues of depression and other difficult topics you would be mistaken. While those issues do crop up every now and then what becomes immediately apparent is the unbridled optimism and energy that projects from Yuzuki. 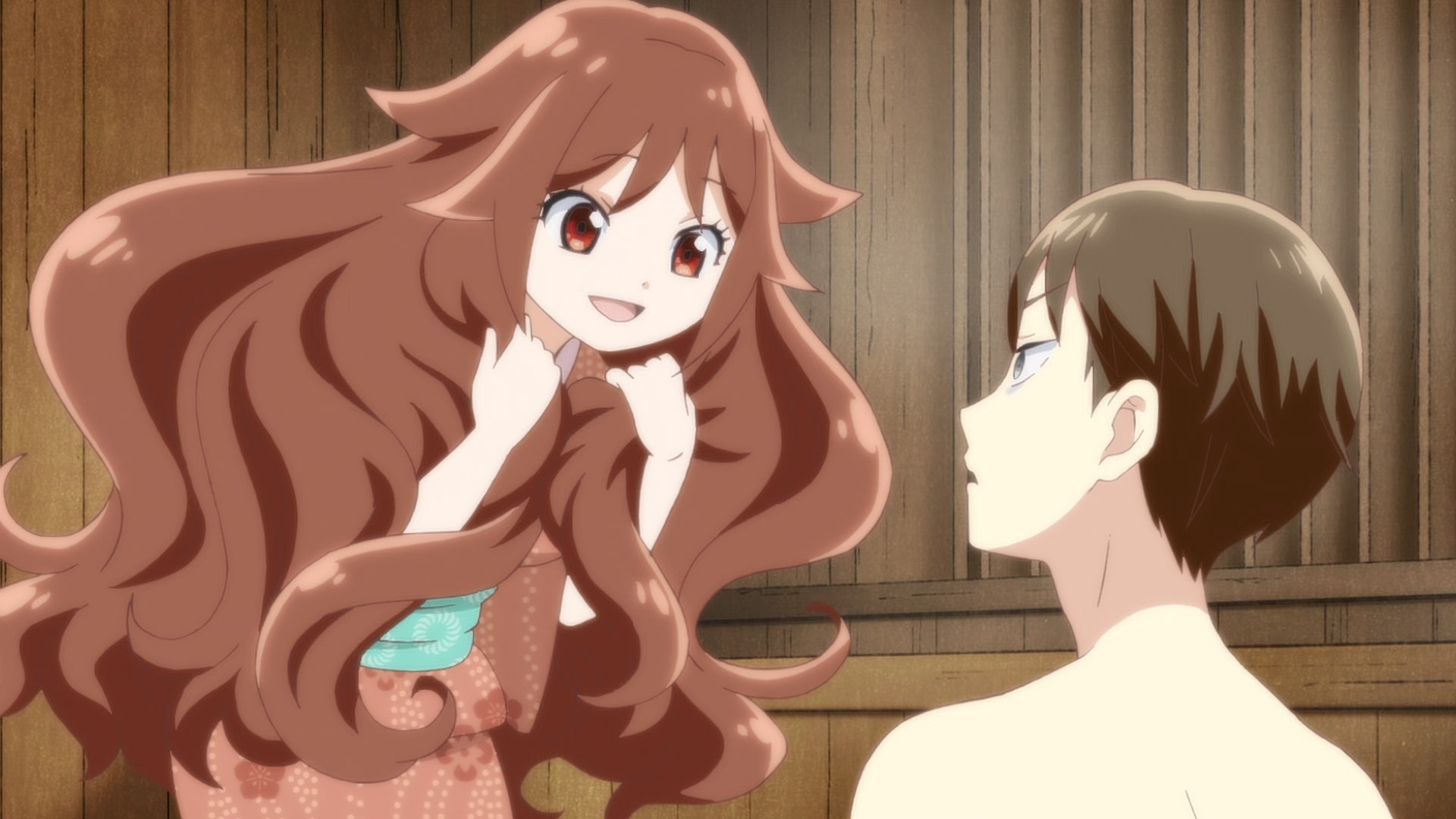 Her cheerful nature has the effect of changing the whole tone and direction of the series as all the dark moments (and themes) are in essence washed away. Now this can prove to be a double-edged sword. While there will be some who would far prefer a cheerful, wholesome and bright romantic tale others will be put off by the personality of Yuzuki. You see Yuzuki is a girl who smiles, is selfless to a fault and ALWAYS thinks of others before herself and naturally, can do all the household chores with great finesse. In short, she is the perfect waifu and to those of a more cynical disposition, a wish fulfilment character.

It is this factor alone that I feel prevents this show from garnering universal appeal as not only does Yuzuki’s “perfect” personality make it hard to relate to it does break your immersion as you always question how a person can act the way she does. This is especially so if you consider her background. More than that, though her bright personality, as mentioned before, has an effect of brushing aside the darker elements of this anime. Now to some that maybe considered a good thing but the fact this series presents the issue depression, family abandonment and even child marriage/sales mean there was an opportunity to tackle a lot of hot topics that are rarely touched on seriously in anime. If handled well this could have elevated the status of this anime. As such to me this sweeping under the rug marked a missed opportunity.

Saying all that, this is not to say Taishou Otome is a bad anime. There are several positive aspects to this show that means it is worth watching particularly if romantic stories are your thing. For a start the historic setting gives this anime a unique feel and the vibrant colours used for the kimonos are striking and well made. More significantly, the cast is strong and the variety of backgrounds they come from means we are presented with good explanations with the way they behave so whilst we may not always agree with their actions we can understand where they are coming from. 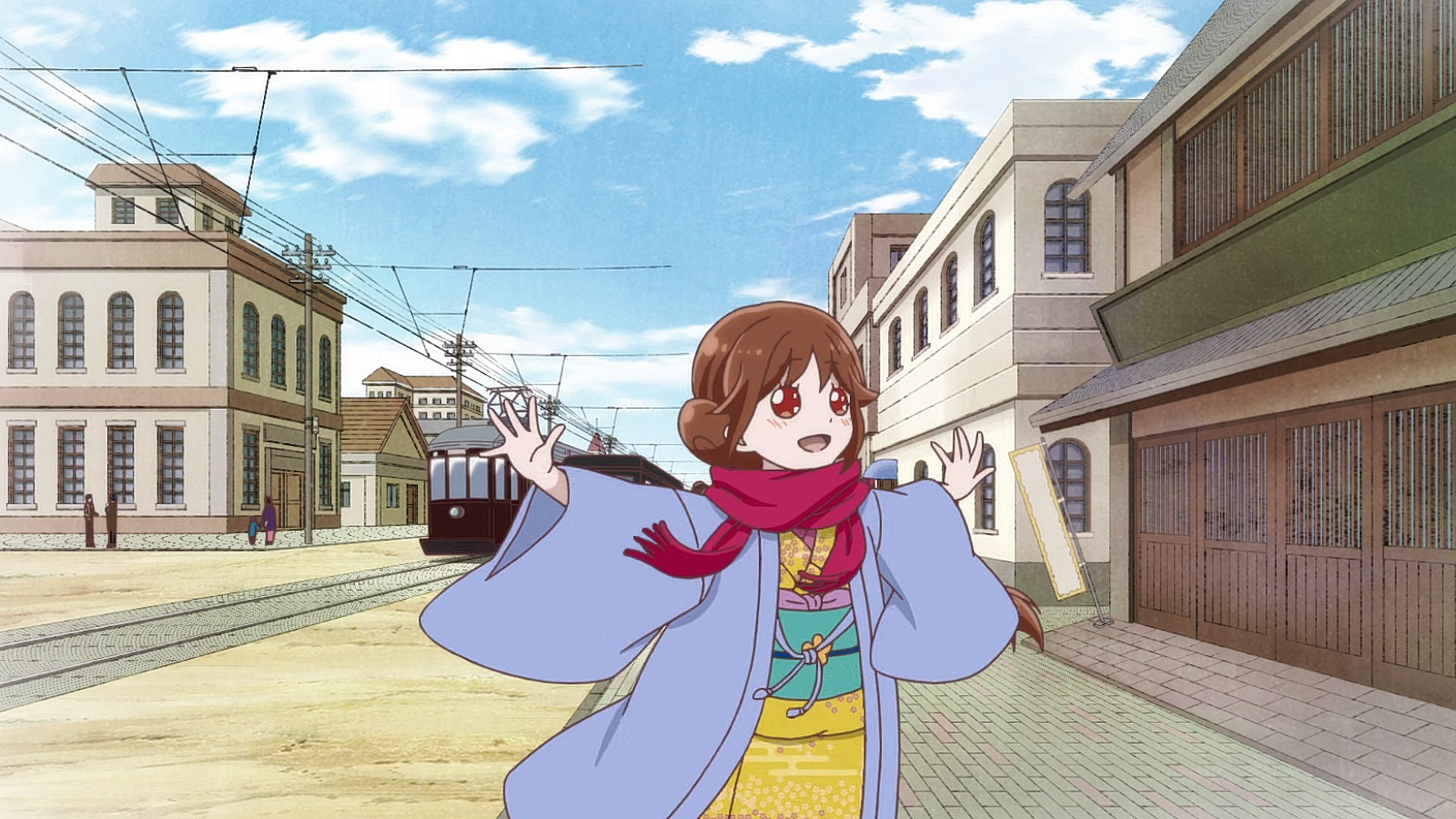 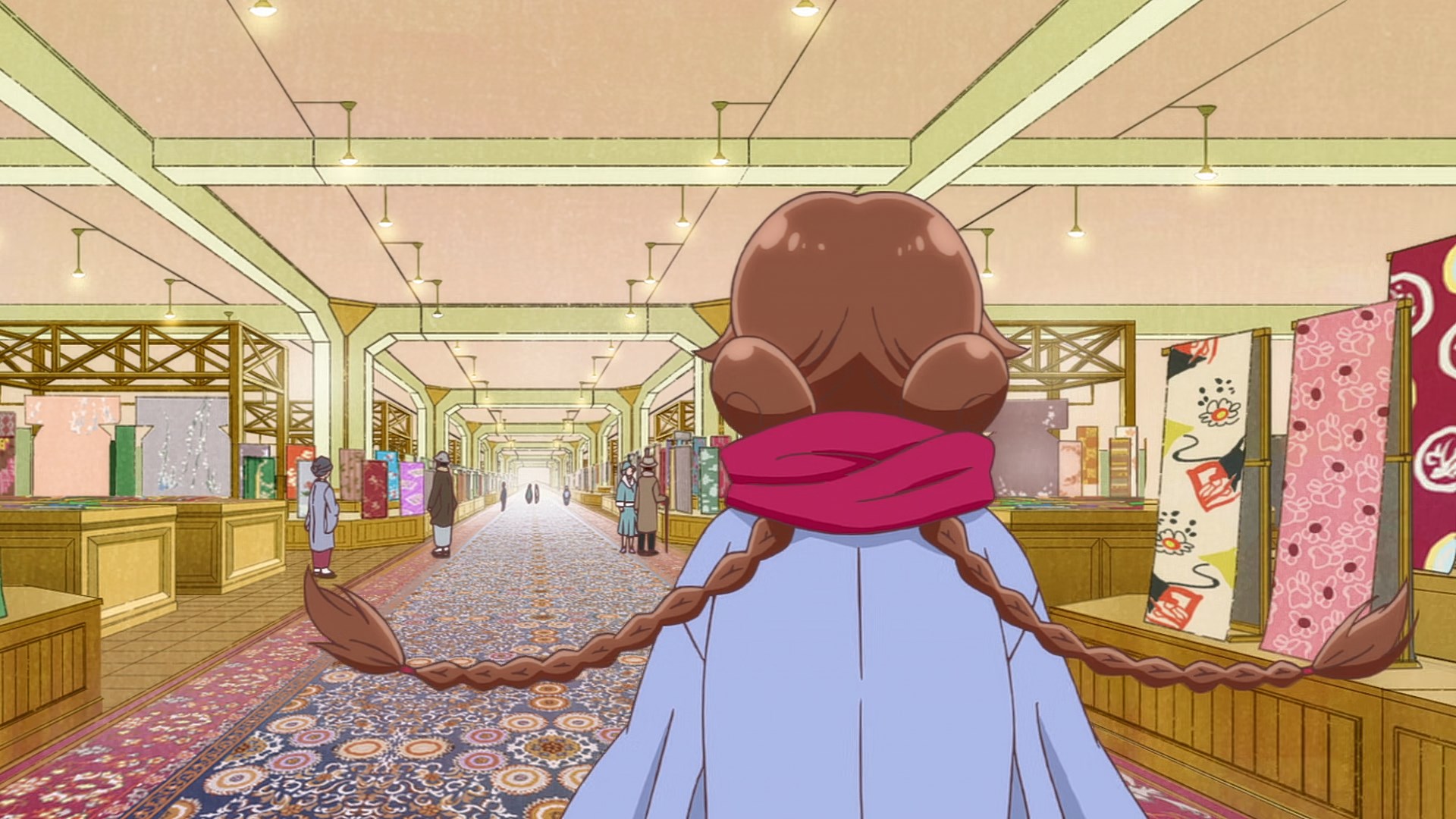 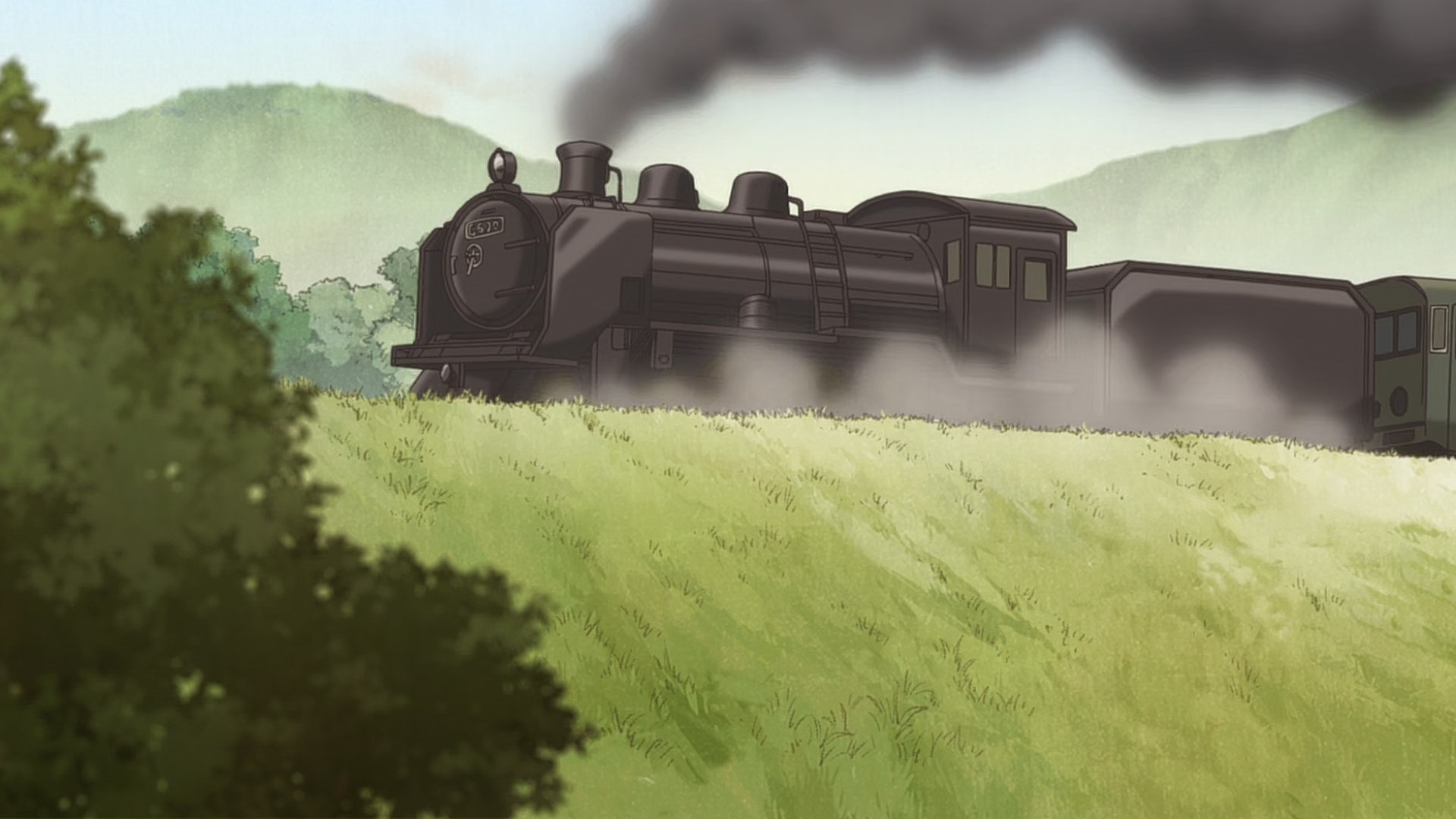 In fact, I would say that when the supporting cast play a more prominent role is when the series really shines. We always get a good backstory from each character presented so while things may not always start on a sound footing by the time the character arc ends you develop a sense of understanding and empathy for them as you know that fundamentally they are good people suffering from challenging environments.

The final episodes manage to create the biggest source of drama as a major real-life event occurs meaning the lives of some major characters are at real stake. This drama is actually a departure from the rest of the series as all the drama up until that point was limited to character drama. This change of pace worked although, given the upbeat tone that followed before, the outcome was never really in doubt. At least for me that is. Still, despite the predictable outcome the resulting resolution led to growth and ultimately an epiphany of sorts with everything ending on a wholesome happy note which is par for the course in romantic anime.

Animation in Taishou Otome is one of the more delightful features of the anime as we get treated to numerous great background shots. The fact it depicts Japan from the 1920s also adds a sense of wonder which I am sure will please many. The colours used for the kimonos is also noteworthy and the various chibi comedic shots are effectively deployed to generate mood effectively. I am also happy to say the quality remains consistently good and there are no noticeable declines even at the seasons end.

This good animation also applies in the opening and ending sequences as both are well made with the opening being the better of the two. The opening beat of "Otome no Kokoroe" by GARNiDELiA also does a good job in setting the mood for the series but the ending was also commendable as well. The ending track is "Makogoro ni Kanade" by Shunichi Toki. 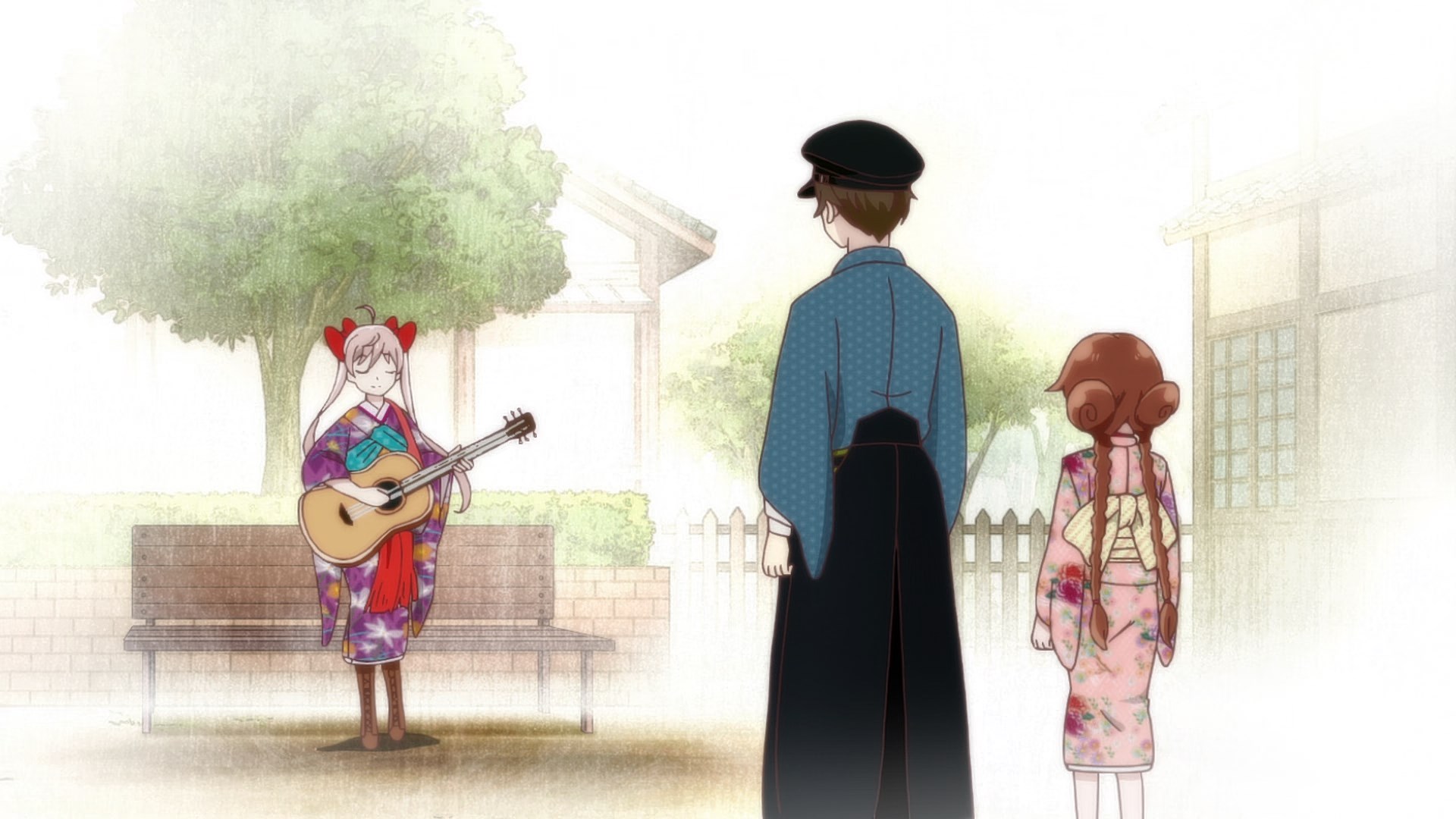 Taishou Otome is a simple romantic tale that tells the love between a young couple and whilst there are hints of deeper darker topics these themes do not ultimately make a big mark to the series. If you wish to get the most enjoyment out of this then it is best not to think too deeply over the details. You are just supposed to enjoy the wholesome moments and the nice cheerful characters that feature heavily here and not much else.

There is a lot of good things to take from this show particularly if you get to episode five when the supporting cast take up a larger part of the screentime. However, the cheerful and “perfect” nature of Yuzuki will prove a barrier to some. It is this flaw that prevents Taishou from garnering universal acclaim and becoming a true romantic classic.

If you are a fan of the romantic genre then you are likely to dig this and the number of wholesome moments will be enough to satisfy people who like such shows. Just don’t go into this expecting some serious social commentary or the tackling of deep social/personal issues. If that is your shtick then you got to hunt elsewhere.

Story 6 – The unique historical element will reel people in but in many ways the meat of the show tackles a simple romantic tale between two young people. Any of the deeper more challenging subjects such as depression/family abandonment or even bridal sales are things swept under the carpet so if you came in expecting something deep you will be disappointed. What we get instead is a wholesome historic romantic story. Enjoy it for what it is.

Characters 7 – For the most part the varied character backgrounds add a flavour to the series that keep things fresh. In more than one instance it is likely your initial opinion will prove to be false and this has the effect of keeping you on your toes. The big weakness comes in Yuzuki whose perfect nature makes her harder to relate to and breaks immersion.

Animation/music 8 – The vivid colour scheme used is a delight to behold and the great backgrounds also provide some decent eye candy. The fact this series is based in the 1920s also adds another flavour giving this show a unique feel that makes it stand out from the crowd. The opening and ending sequences are also well made and complement the rest of the series nicely.

Overall 6.5 – Despite what the premise may suggest don’t go into Taishou Otome expecting this to be a dark anime or one that challenges some deep/difficult issues. This is a simple romantic story where it pays not to think too deeply about the more complex issues that are hinted throughout.

If you can do that then you will likely get more out of this. If on the other hand you are unable to do this then it is best to give this a miss. This show definitely caters to those who are suckers for romance or people who like their shows to have a nice cute waifu. If either of those two things apply to you then Taishou Otome would be a series I recommend. 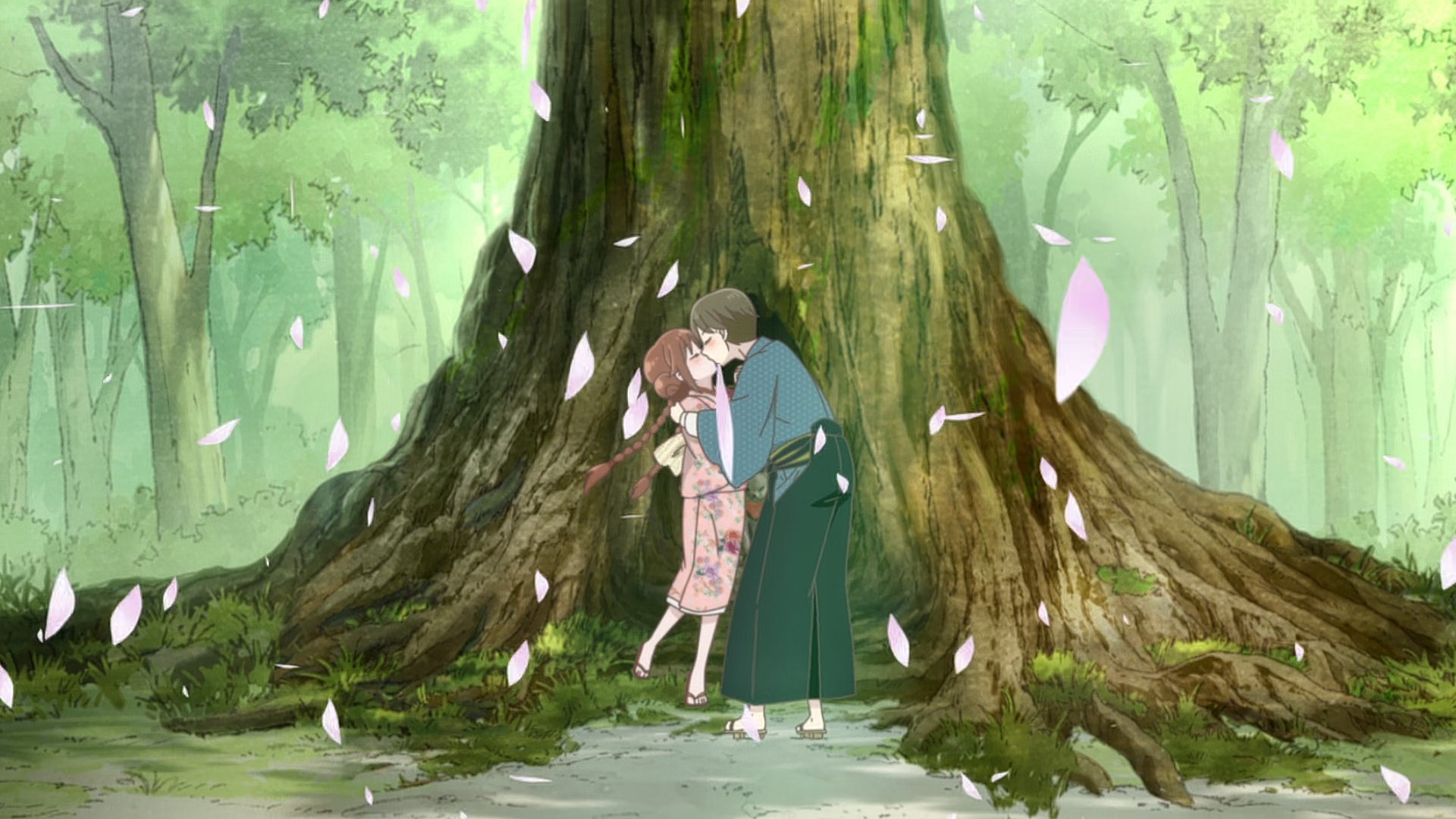 Want to explore the wholesome romantic scenes that litter this show? Then check out the gallery! 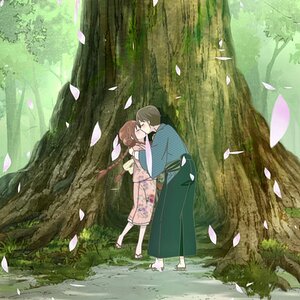 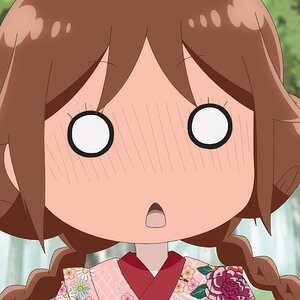 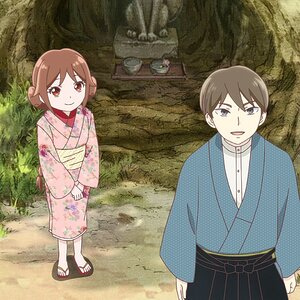 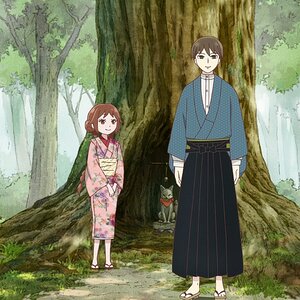 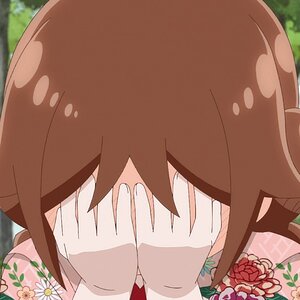 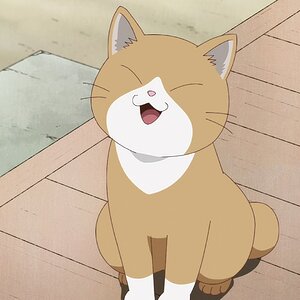 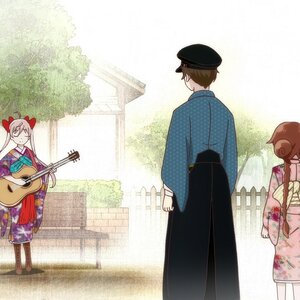 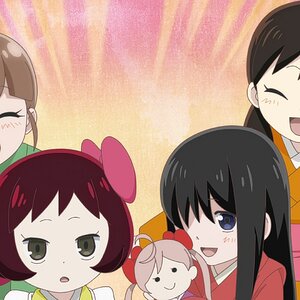 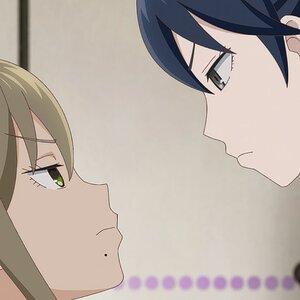