Review Prequel watch - Evangelion: 2.22 You Can (Not) Advance

In the this part of the prequal series I will look at the sequel of the first Evangelion Rebuild movie; Evangelion 2.22 You Can (Not) Advance. Released in 2009 I would argue this was the strongest film in the entire Rebuild series. The balance in the story and action was the best out of the four movies plus the twists to the original Neon Genesis Evangelion storyline made this an interesting watch for newcomers and veterans alike. Despite what my review says (which was written when I had not seen Evangelion 3.33 You Can (Not) Redo) the preview can be completely ignored. 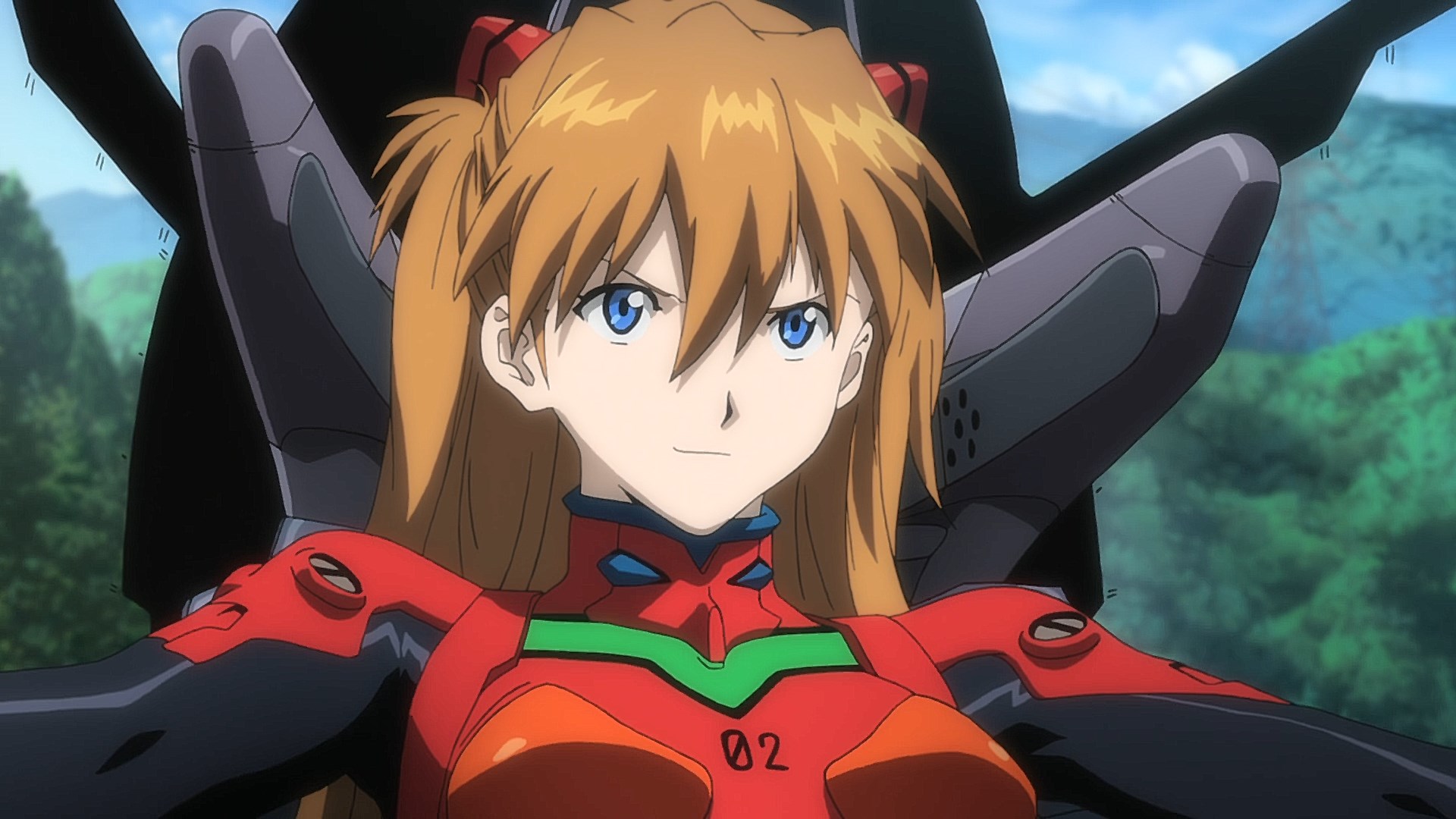 Evangelion: 2.0 You Can (Not) Advance also titled Evangelion Shin Gekijouban: Ha is a psychological mecha film that was first released in cinemas on 27th June 2009. As the name implies, You Can (Not) Advance is the second in the four-part Rebuild series with Evangelion 3.0: You Can (Not) Redo and Evangelion: 3.0+1.0 Thrice Upon a Time being this films sequel. For this review I will be watching the 2.22 version. The difference between 2.0 and 2.22 is very minor with mere tweaks to presentation and the addition of minor scenes that don’t affect the overall story. If you wish to check out the prequel then please use the link below:

First film: Evangelion 1.0 You Are (Not) Alone 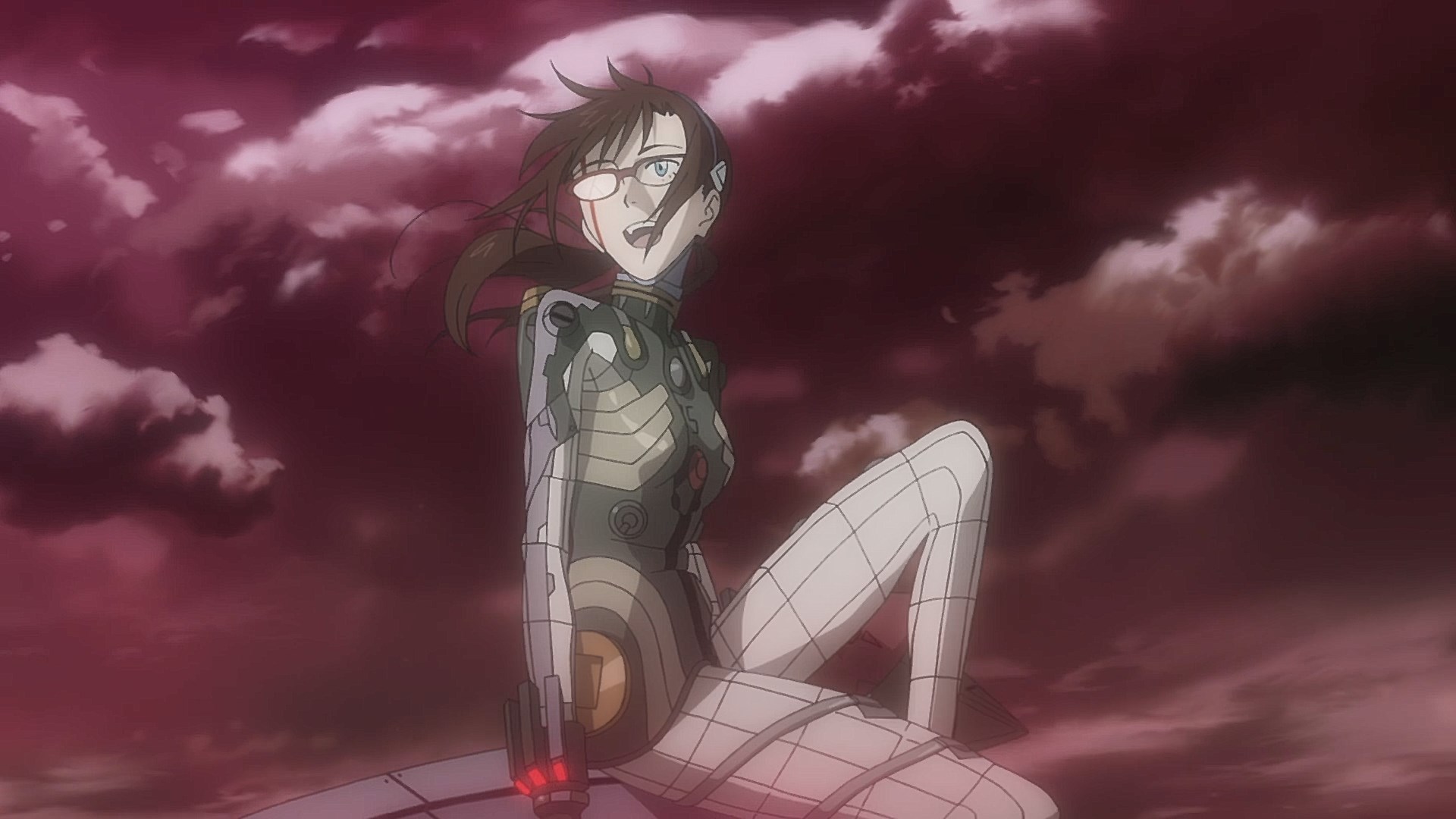 You Can Not Advance kicks off with a bang as we are treated to an early battle not seen in either the original season or previous Evangelion films. On top of that an entirely new character, Mari Makinami is introduced who is also unique to the Rebuild series (at least in terms of anime). This introduction does a good job in gripping the audience from the get go and should provide a point of interest for old and new fans alike.

The following scene maintains this action-packed tone as again we are introduced to yet another character, this time it is the more familiar Asuka Langley Souryu. Asuka fans rejoice! Given the action-packed start and the nature of the first movie one can be forgiven this film would be another action flick.

That is not the case however as You Can (Not) Advance makes a departure from its prequel pacing devoting more time on character development. The personalities and weakness of the various main cast in You Are (Not) Alone are expanded upon significantly. These details are important and it would be prudent to pay attention particularly if you are new to the Evangelion franchise as all these revelations play a pivotal role in the climatic ending of the movie.

On this regard I would say that people who watched the original Neon Genesis Evangelion series will have an advantage in this aspect of the movie. This is because existing fans will pick up on the small subtle cues scattered throughout the movie. On top of that some of the hints made in the movie have whole episodes dedicated to them in the main series. This expansion of hints means that older fans will automatically add extra weight to certain plot points making the ending all that more poignant.

This is not to say newcomers can’t enjoy the ending or the film as the movie does hint about all the major plot points. There is a particularly strong hint thrown in the middle of the film that will prove critical to the films end. Still, if you want to appreciate the ending more fully, I would advise paying particular attention to Shinji Ikari, Rei Ayanami and Gendou Ikari. By understanding their psyche plus the relationships they have with one another it will really add to your understanding and enjoyment of the ending.

Character developments aside, this movie adds a good dose of intrigue that was hinted at in the previous movie. It becomes increasingly apparent this is not a simple monster vs mecha series as behind the simple battles lies something deeper with rivalling factions that nominally work together. It would seem they all have ulterior motives and unpacking this mystery will be a source of interest for the mystery inclined fan.

Beyond the intrigue, interesting twists are made with how the battles pan out. While they are similar to the original, they are also major differences that will keep old fans on their toes. These twists are not superficial either as they all have an impact in changing the tone and ultimately, the character development of key characters. Because of these twists the existing cast will develop in new directions from their previous iterations in Evangelion. 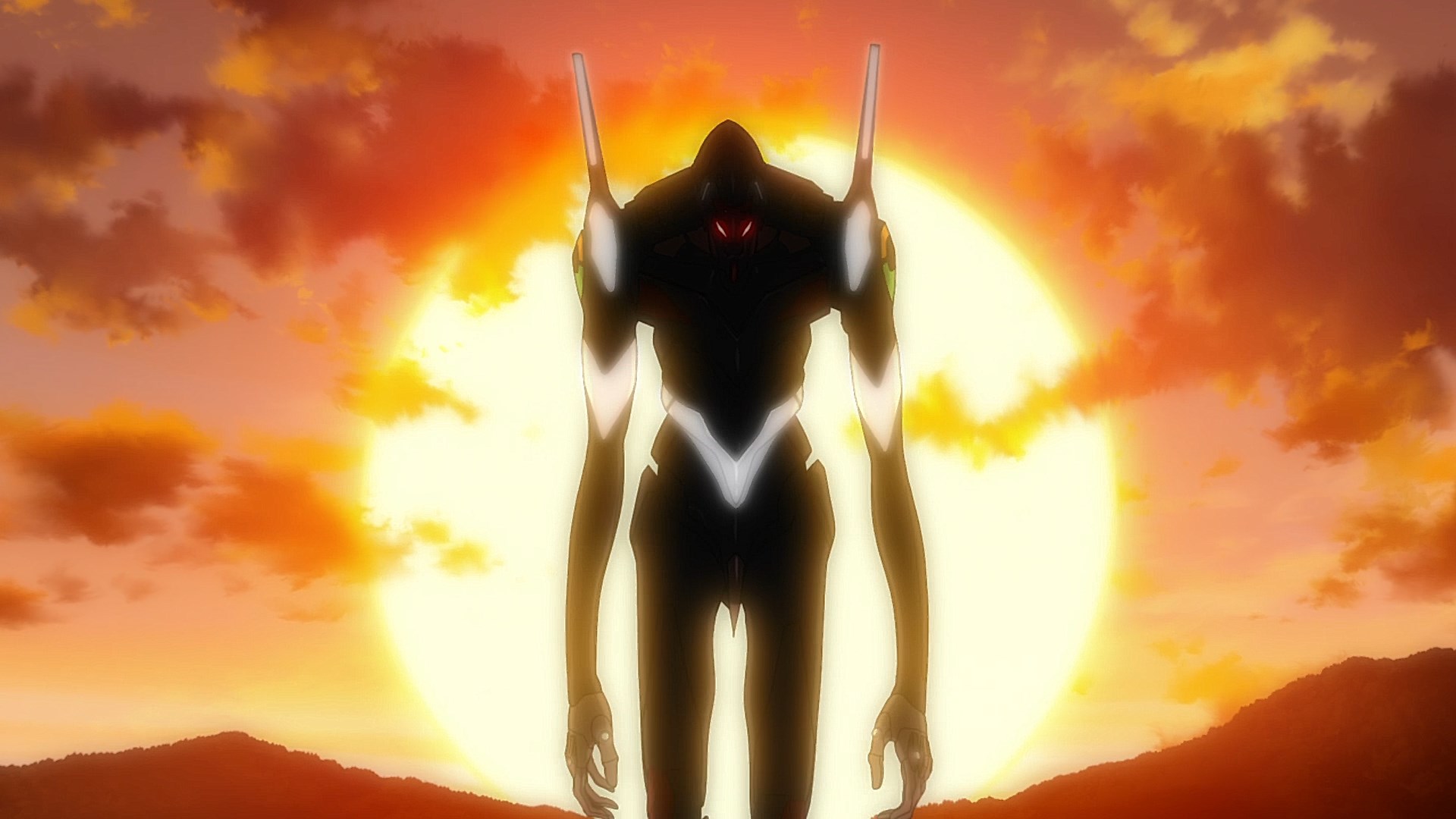 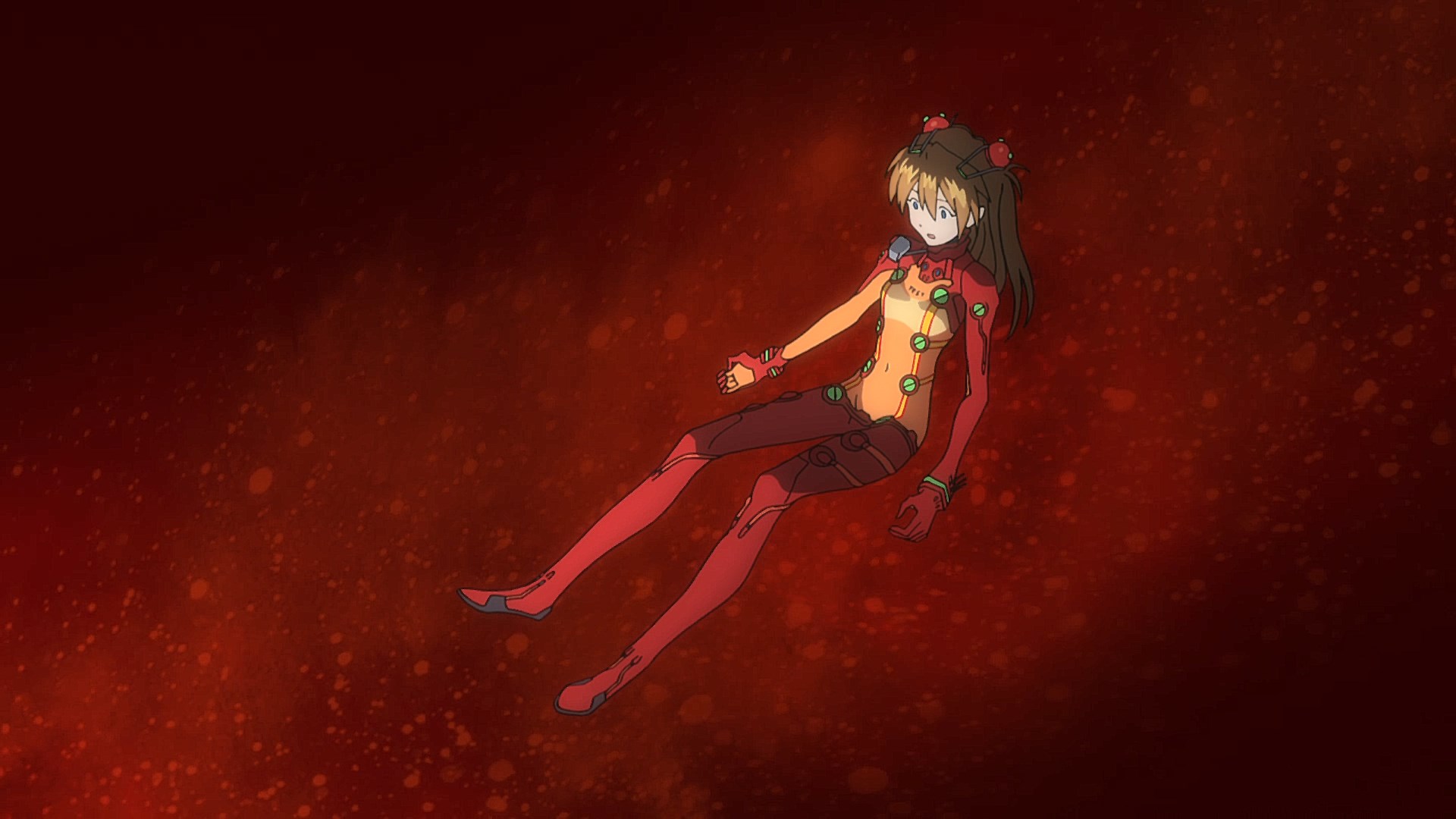 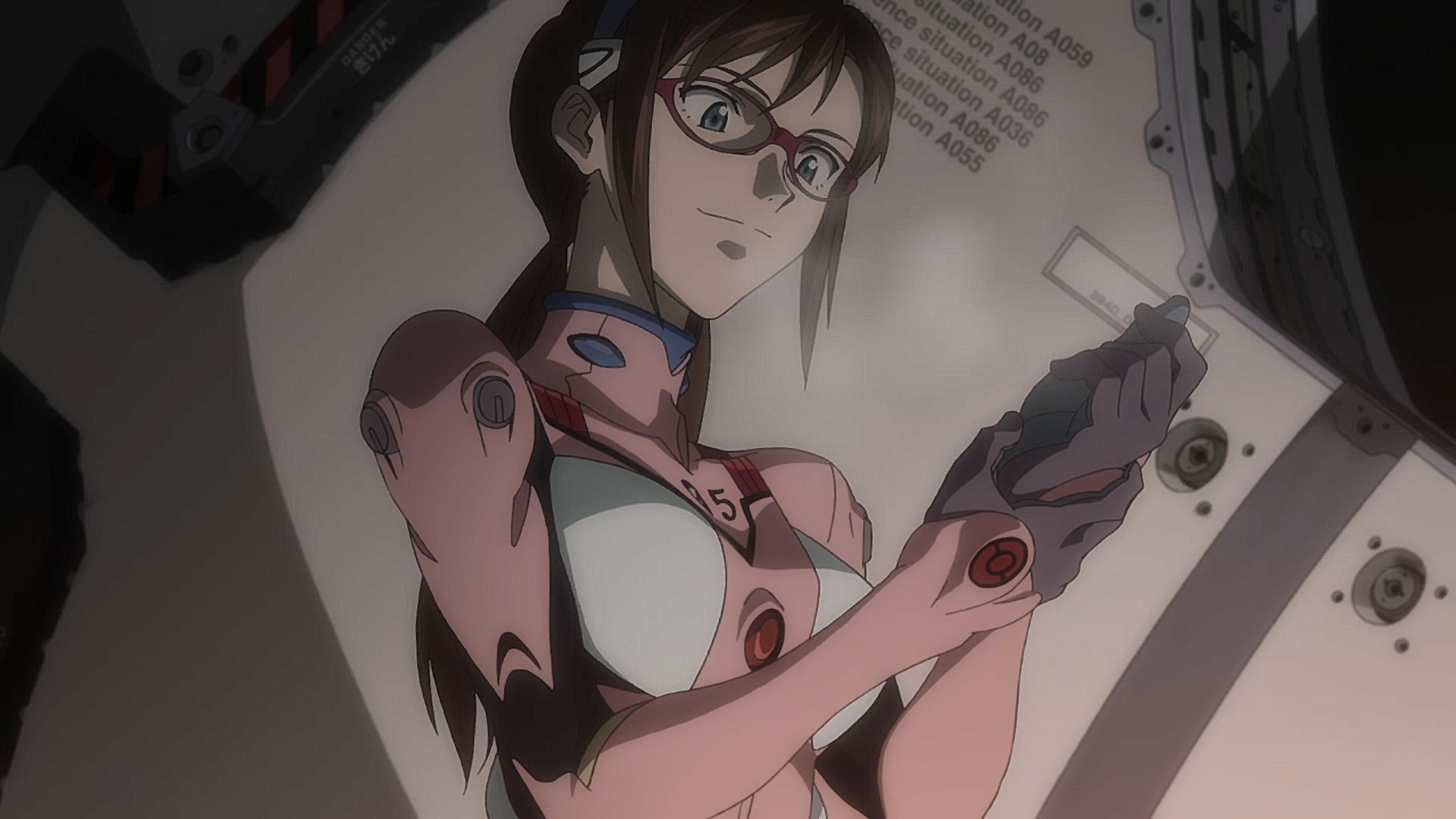 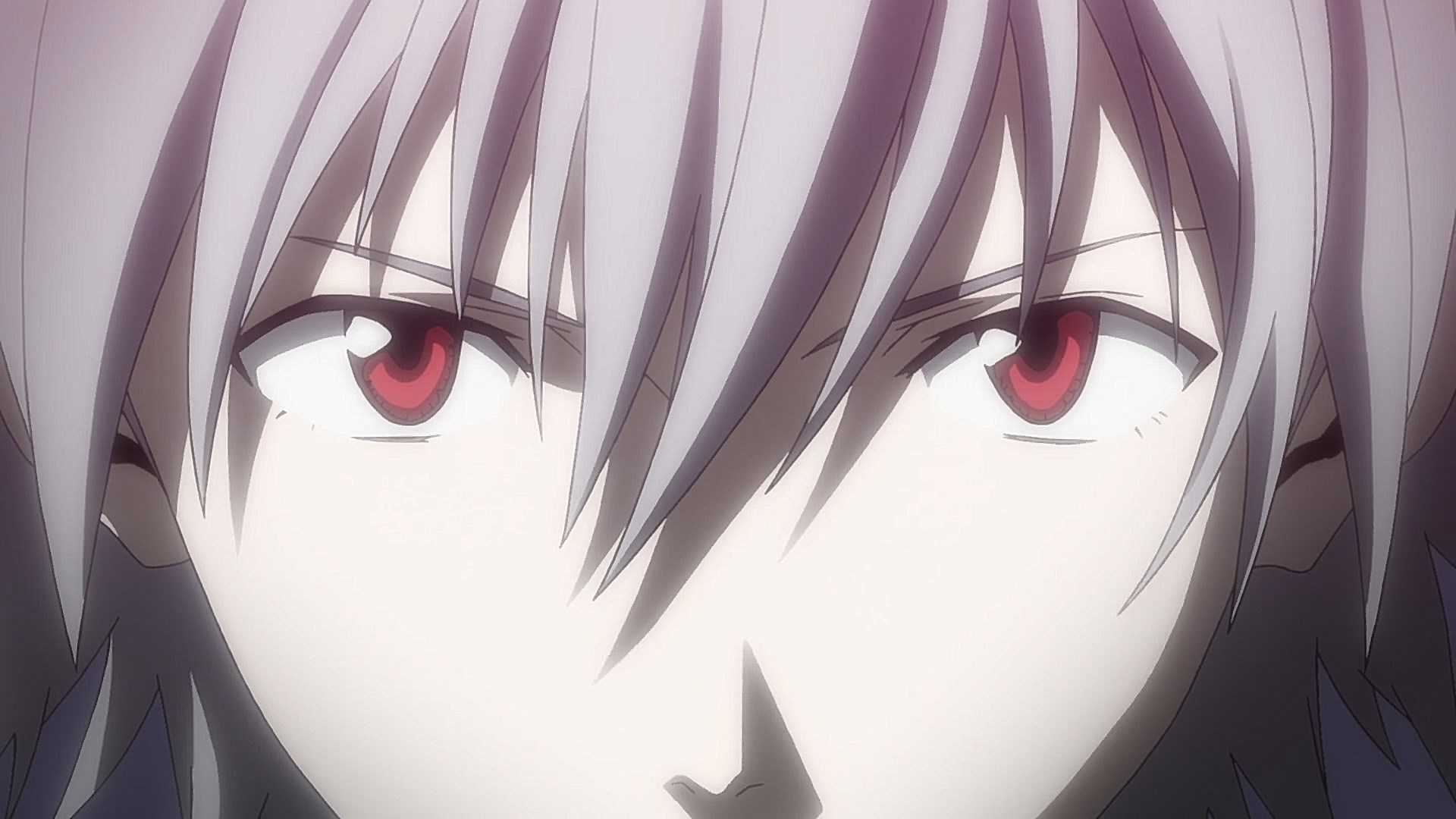 Like the previous film however the best is saved for last in the final climatic fight that even tops the Ramiel angel battle. It is high octane stuff which has action, destruction angst and drama in abundance. This all ends in breath-taking fashion that takes Evangelion into unchartered waters. It is exciting for we know from here on the sequels will take a fundamentally different direction to anything that has come before.

Animation for the second Rebuild is also of a very high standard although I have to say it is not quite on the same calibre as the original movie. Whilst it is still stunning there are a bit more drops in animation quality. Another noticeable thing is there appeared to be more graining suggesting that some images where upscaled a little too much. It is a minor gripe plus I am willing to admit this graining could have been due to the medium I was watching the film.

The musical score in You Can (Not) Advance is also very strong although there is one track during a battle that seemed out of place. The song for the ending credits is the same as its prequel with the song "Beautiful World” simply being a mixed version. I actually prefer this mixed “PLANiTb Acoustica Mix" to the original. 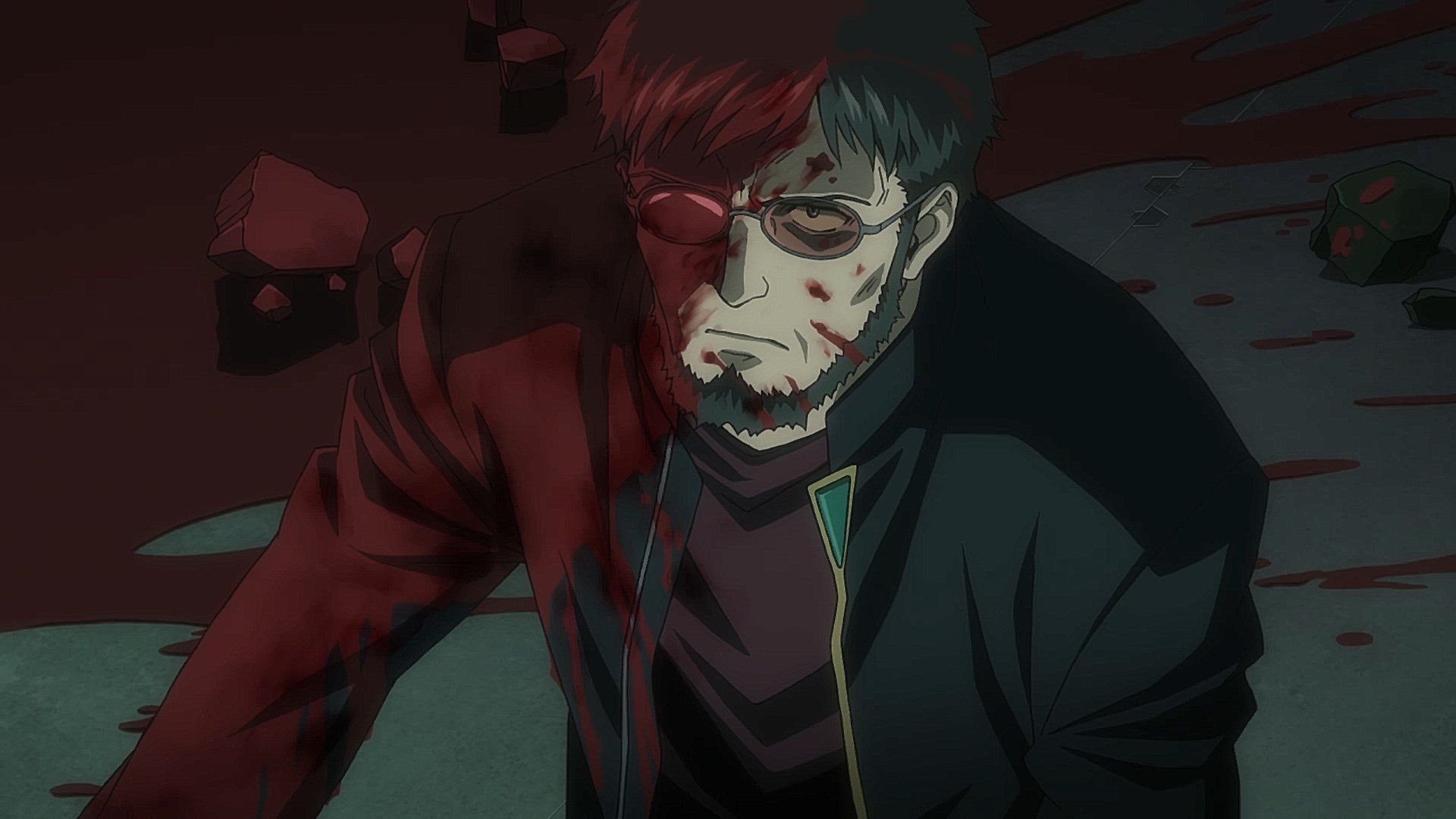 Overall, this film strikes a more equal balance between action and story/character development. Like the middle episodes of the original Evangelion anime, this film does a lot to distinguish itself from your regular action series. To gain the most out of the film it is really important you pay attention to the middle part of the movie and grasp the character developments of the main characters of Shinji, Rei and Gendou. This point counts double if you are new to the Evangelion franchise.

If you can get over that hurdle you can really appreciate the emotion and high energy of the final ending that made this film special. Still even if you fail to grasp all the finer plot points it is easy to understand the weight of the climatic end. New and old fans alike will look forward to the third movie. Just remember to watch the movie after all the credits roll as there is a fairly big hint on how things will develop in the third movie. Like its prequel You Can Not Advance should be enjoyable to most anime fans (provided you saw the first movie). The only people who should give this a pass are those who dislike mecha shows.

Story 8 – You Are Not Alone focused on action but this movie took a more balanced approach. It took time to build on the intrigue but the character/story developments were pretty substantial and played a crucial role in elevating the drama of the films climax. The extra twists and new characters also had a significant impact plus the ending was breath-taking.

Character 8 – More time and effort were spent the main cast with a particular focus on the Shinji, Rei and Gendou. These revelations complement the overall narrative which is another plus. Other characters including the nature of the Evas were also elaborated on adding depth to the movie.

Animation 9.5 – Very strong point of the film. The production values in these movies are of a very high standard. Selling point in itself. However, whilst this movie is still a joy to watch I felt the quality was not quite on the same level as the original due to greater drops in animation quality. I would also argue the music used was a tad worse but this is a very minor gripe.

Overall 9 – Action scenes are still as good as ever but what this movie manages to achieve over its predecessor is stronger plot/character development. These advancements have all contributed to adding depth to the series. If there is one contention I would make, it is that this movie will be an easier watch for older fans simply due to the fact they will pick up on the subtle cues more readily. 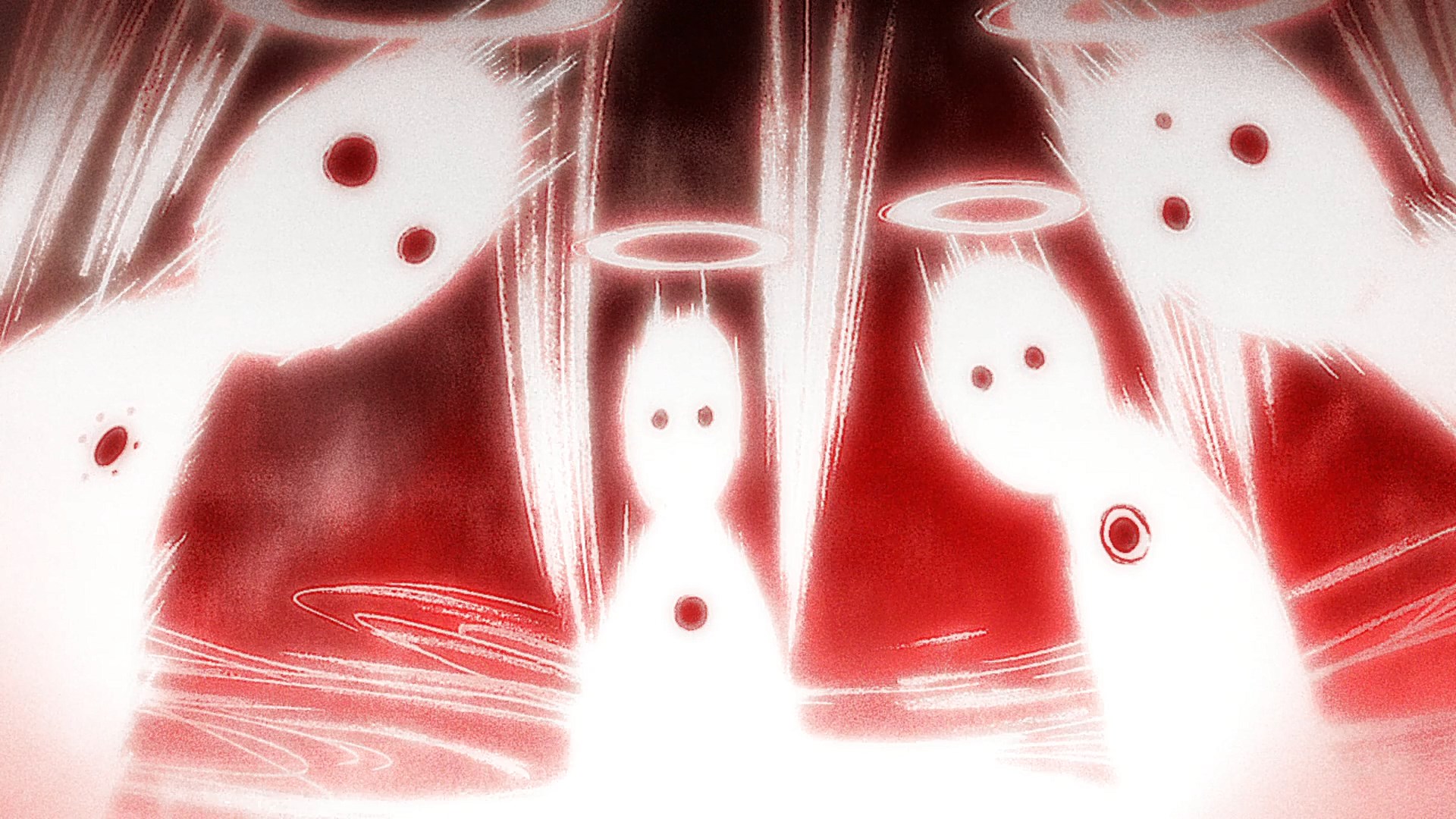 Due to the quality of animation on offer I would recommend taking a look at the Evangelion: 2.22 You Can (Not) Advance gallery: 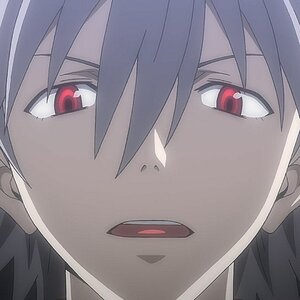 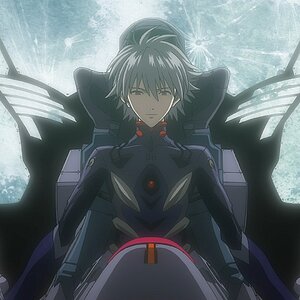 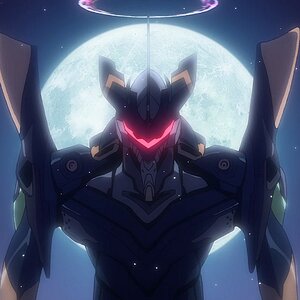 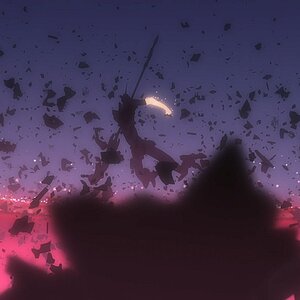 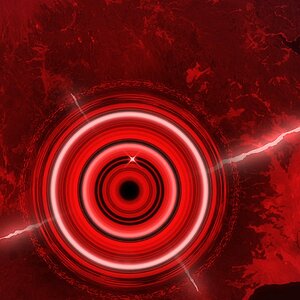 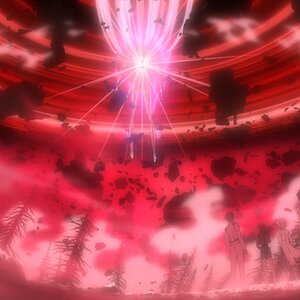 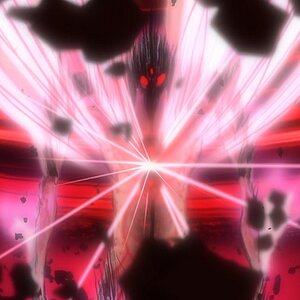 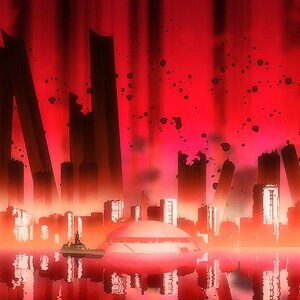 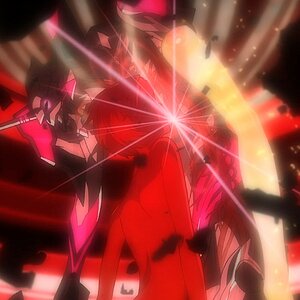