After the huge success of the Demon Slayer movie it is only natural to think of how the original season was. In the case of Demon Slayer, it was a series I thoroughly enjoyed. Animation is top notch and the story told captivating with charming characters to boot. At its heart it is a shounen show so whilst I consider this one a classic I also know that it won't appeal to all due to its shounen based roots. 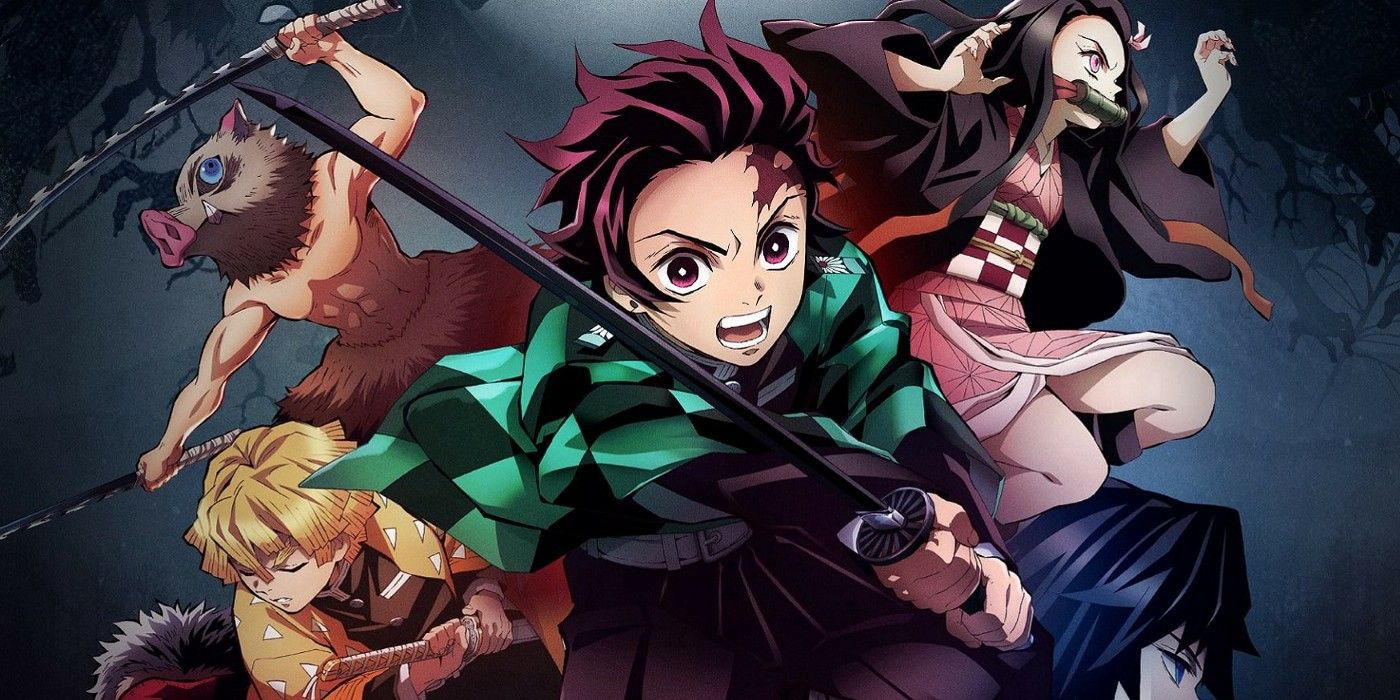 Demon Slayer otherwise known as Kimetsu no Yaiba is a shounen, action series featuring demons. The anime also gave rise to the hugely successful Demon Slayer: Infinity Train movie which holds the record for the highest ever grossing anime film as well as the top grossing film for 2020 which is a first for a non-Hollywood movie.

The story for Demon Slayer starts with our hero Tanjirou Kamado being the main breadwinner for his impoverished family who live out in the sticks. One day when plying his trade at a nearby town offering various goods and services his family is attacked by a demon. Tragically they are all killed by the demon save his sister Nezuko Kamado who whilst still alive has turned into demon! Vowing revenge against demons and making a promise to restore his sister’s humanity Tanjirou sets out to kill demons and bring Nezuko back to her former self! 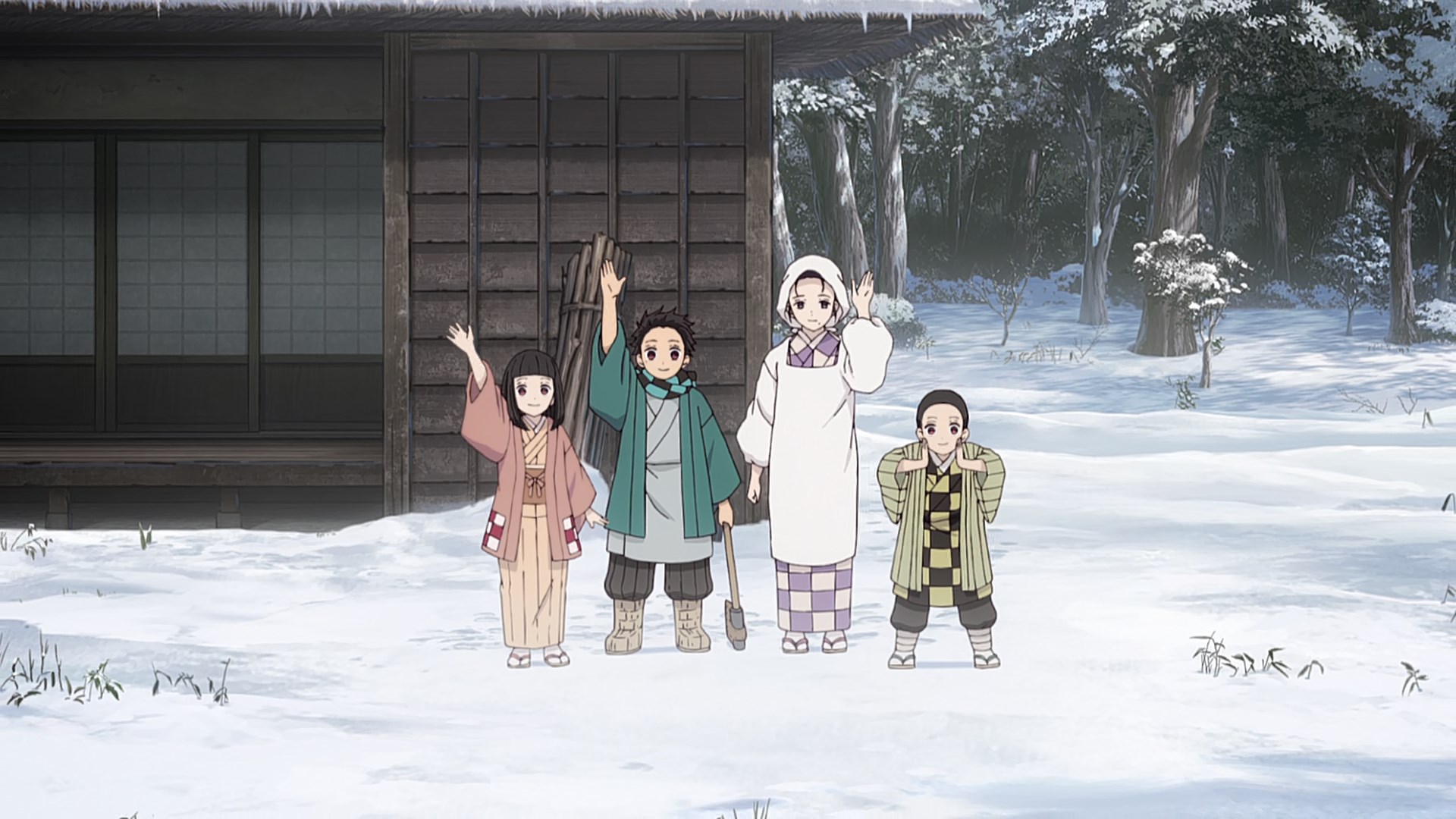 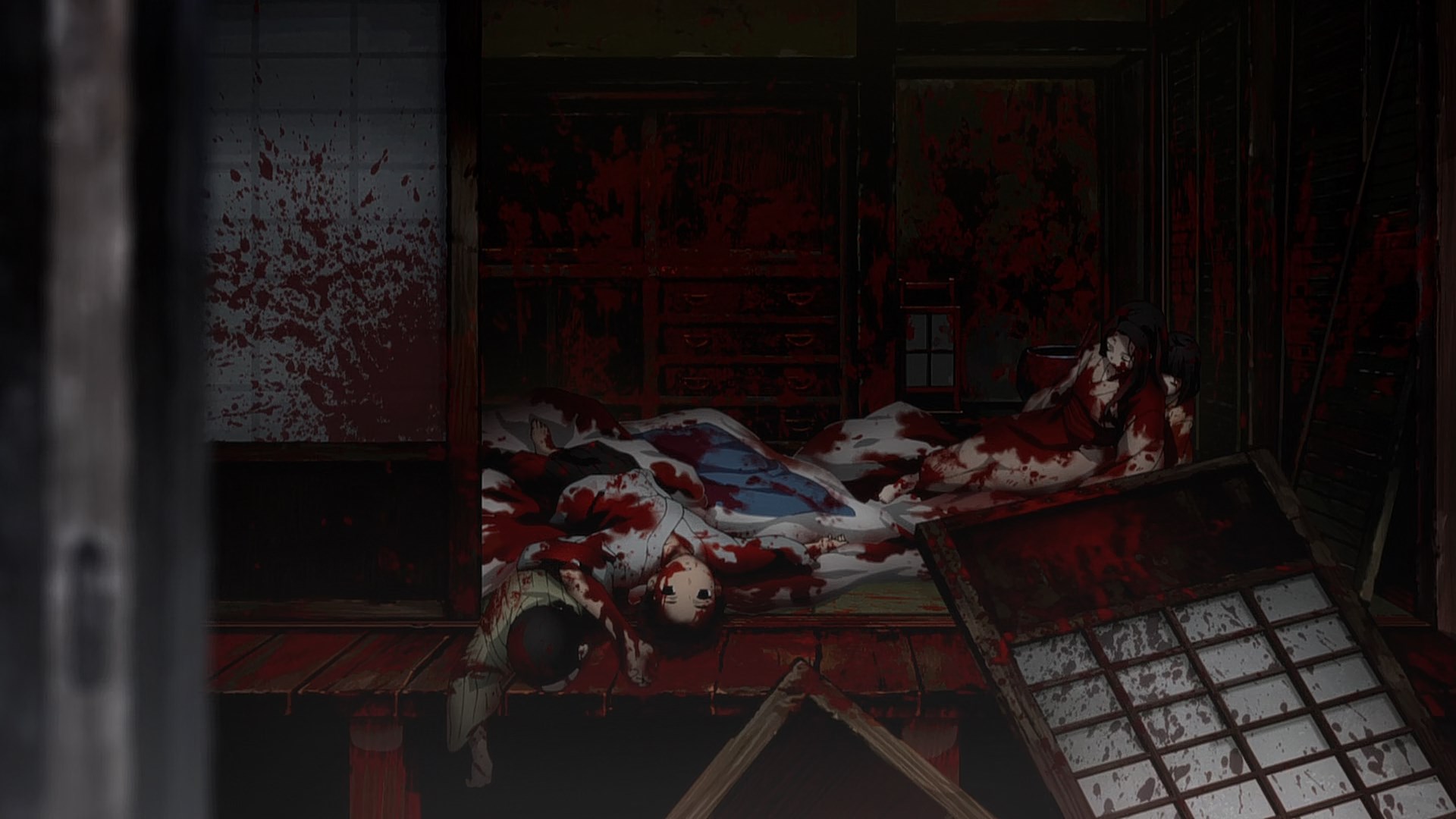 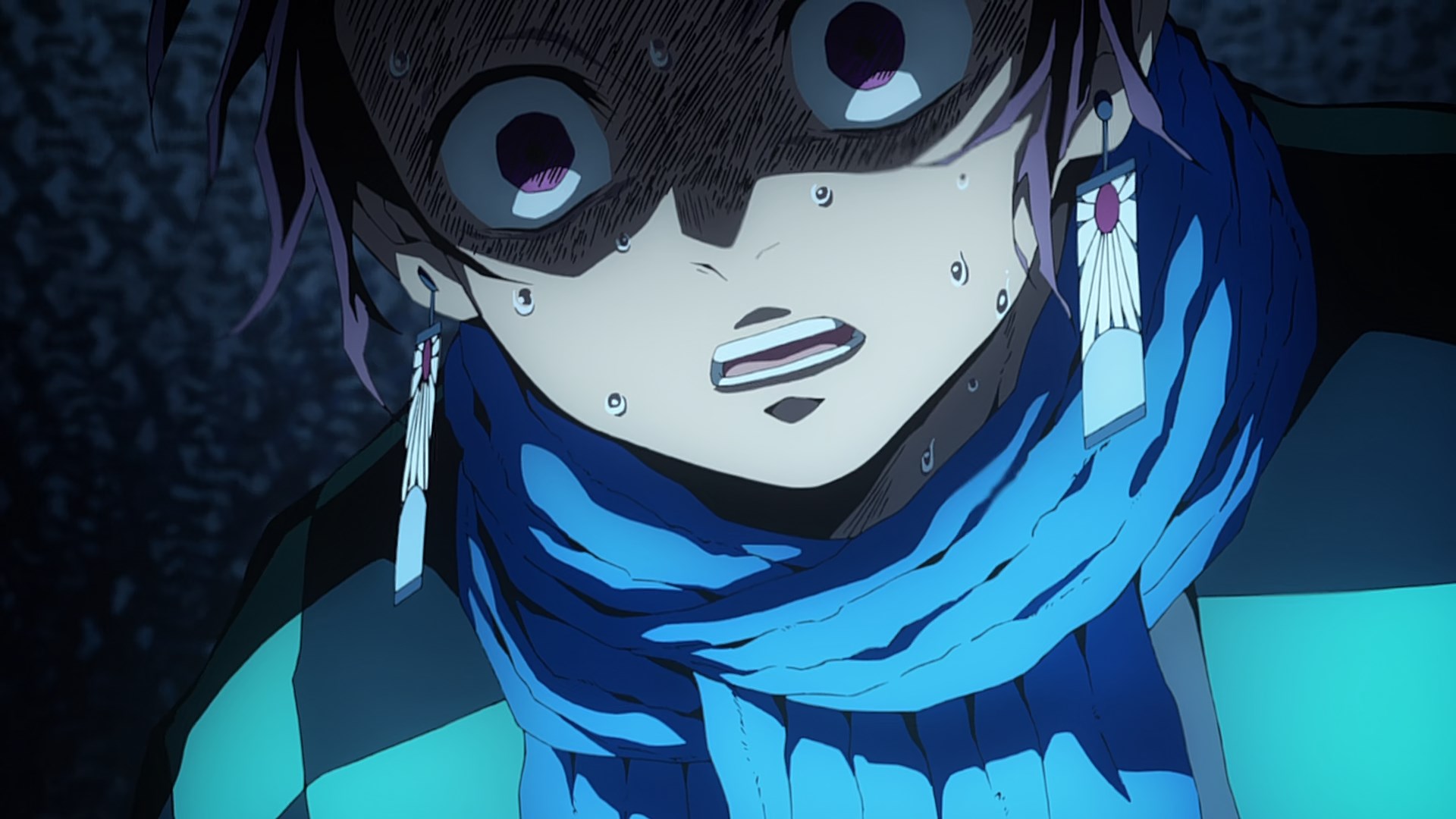 The premise may sound simple enough and is something you have probably seen elsewhere but what really distinguishes Demon Slayer from other lesser anime series is the way this story is delivered. The early death scenes and the change in tone is dramatic (viewer discretion advised if you have kittens) but what is most memorable are the accompanying action scenes which does a really good job in keeping you clued to your seat. Not only is the action high octane stuff filled with suspense, emotion and angst what becomes abundantly clear from the get-go is the quality of animation. It is excellent and it is a joy to watch and one of the primary reasons in watching Demon Slayer.

In the subsequent episodes we are introduced to more demons and it is here where this series really shines. What I found good in these demon fights was every demon had their own fighting style. These different fighting techniques meant the subsequent battle scenes all played differently and the pace and flow of the fight was always different. No repetition to be found here which is quite something for a shounen series which are normally marred with repetition to the nth degree. These unique fights were further enhanced by the great animation that was on display. What is particularly striking and impressive was the water style sword techniques that Tanjirou deployed. It is the signature fighting style to this anime that never grows old.

Another notable point for Demon Slayer is that it goes out of its way to cover each demon’s backstory. Most of these stories are told to allow us to sympathise with the demon as the backstories covered are often sad and are told to humanise the demons encountered. The overriding message in these passages is that these demons are complex characters that more than simple mindless killers. 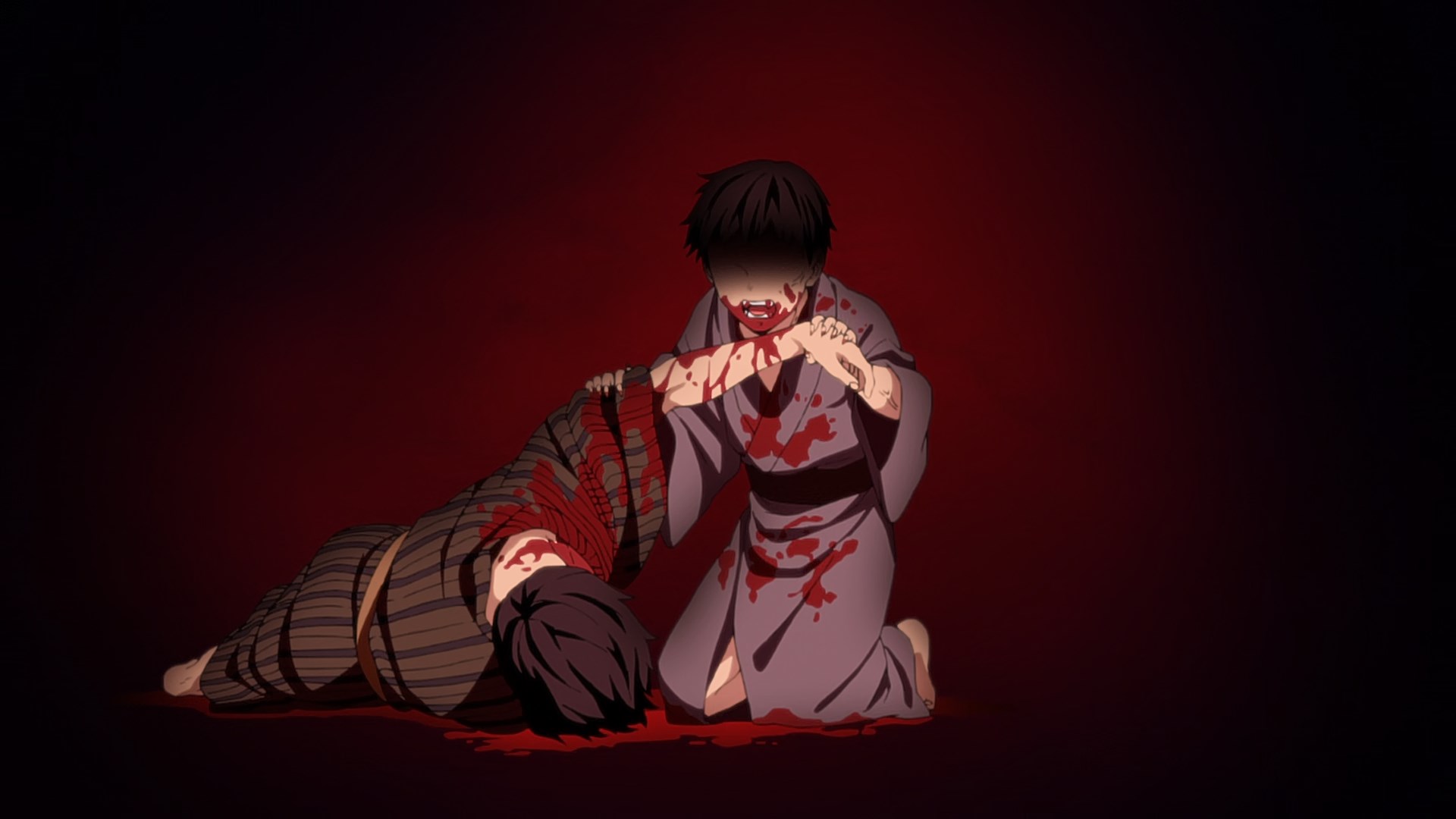 Personally, I wasn’t totally convinced in the redemption points Demon Slayer was trying to project. To me the tales made me think more along the lines of the victim turn abuser cycle that whilst tragic did not absolve the abuser from their guilt. That is just my opinion though and I can see other people having opposing viewpoints to me. The jury is out on that one and it is certainly one of the talking points of the series. On balance though I would say these back stories added to the story rather than detracted from it. I also feel that these character expositions are done to cast doubt on the prevailing story narrative that demons equal bad and humans equal good which is a point that carries extra weight when we consider Nezuko and another notable demon.

As Demon Slayer progresses, we begin to learn of the overall organisation of the demons and the underlying rivalry they have with the demon slayers. It all points to later epic battles with the stakes invariably rising as more is put on the line during future fights. How this goes is anyone’s guess but whilst this part of the series was pretty good, I found some of the later plot set pieces tended to lean on the standard shounen tropes more heavily. There is a notable patch near the end of the season where this is heavily focused on which I did consider was the weakest part of the show. That’s not saying it was bad, it was still good and if these points are developed properly could allow Demon Slayer to reach new heights. Moreover, my view could have been tainted by the fact that the previous battle arc was the one of the most epic battles in the entire show. 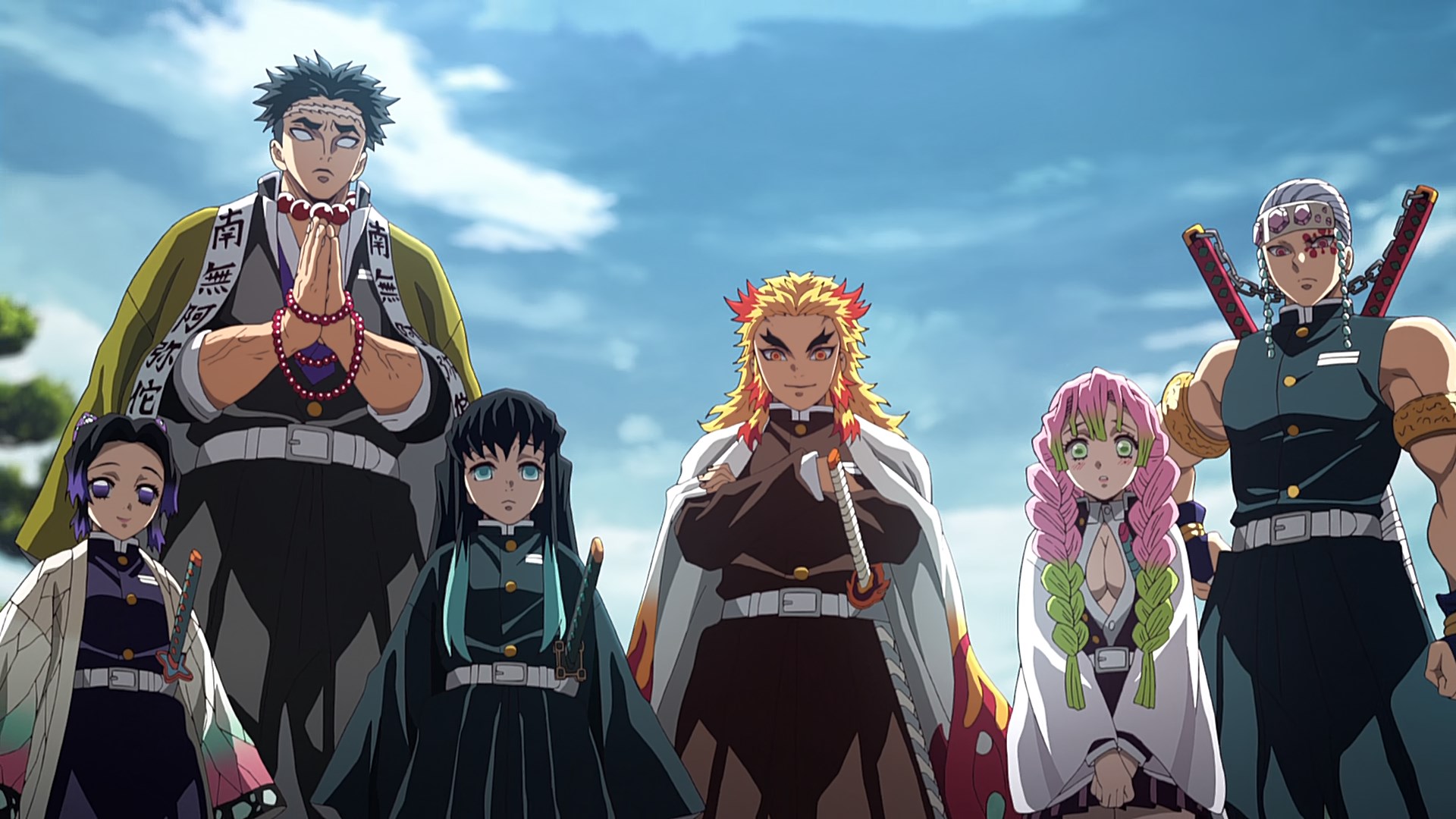 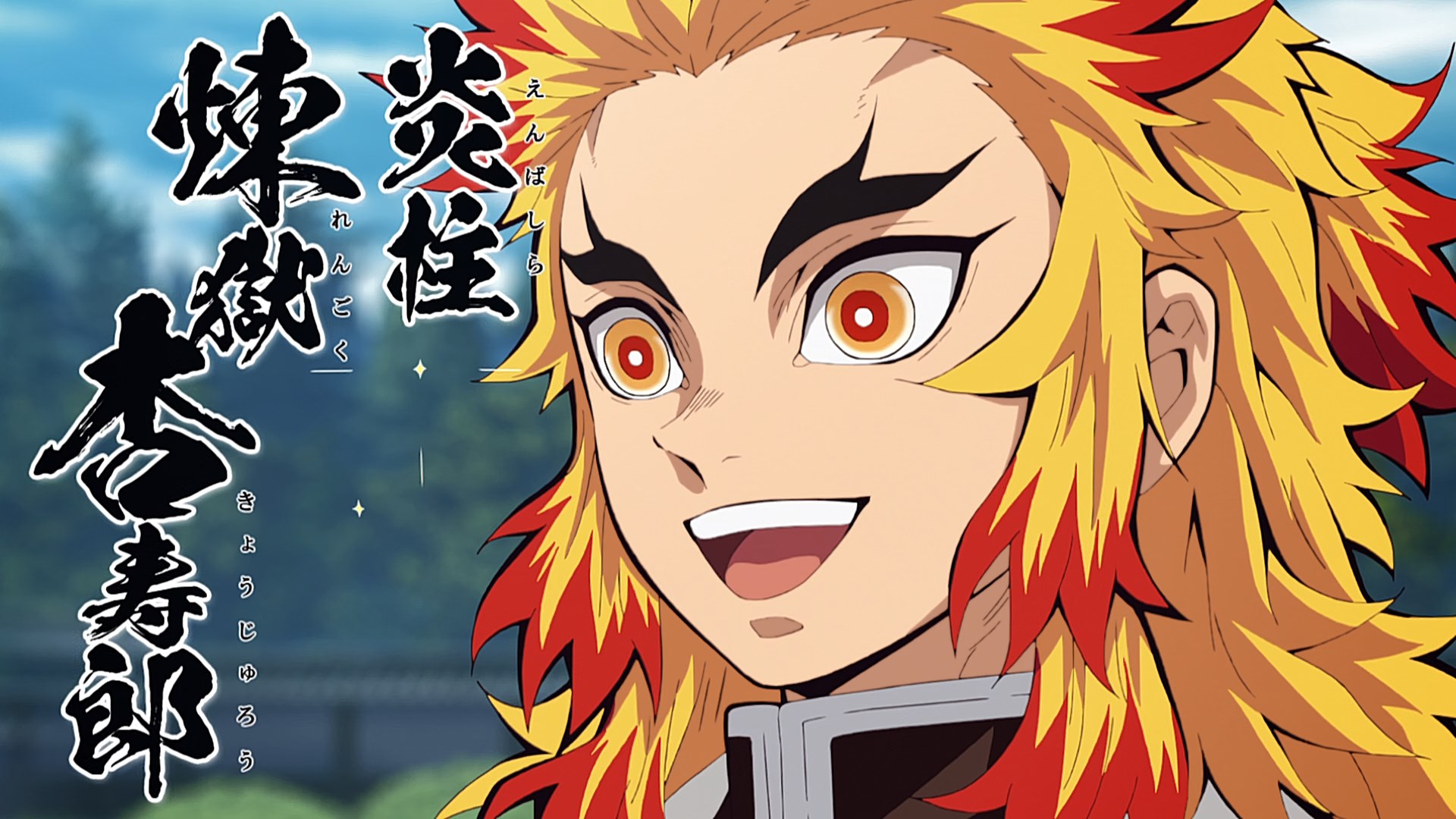 Beyond the action and plot the series also largely delivers with its cast. Amongst the early action it becomes clear that Tanjirou and Nezuko hold a strong relationship towards each other that is endearing and sweet. The two will always cover each other’s back and we can tell that they are both strong in different ways. This is just as well as these two form the backbone of the Demon Slayer story. Tanjirou is a likeable guy you can root behind whilst Nezuko is a bad ass girl who also fills the moe/mascot character for the series.

Beyond those two main characters the support cast are a bunch with distinct personalities that will appeal to a wide range of people. I think the opinions of these characters will be more varied than the main duo. For example, I found Inosuke Hashibira a laugh whilst I was mildly irritated by Zenitsu Agatsuma. However, I can see people having the opposite opinion to myself but seeing as they are all distinctly different, I am sure there will be someone that appeals to your needs.

Animation for Demon Slayer is one of the main highlights and strengths of the show. What is more this high standard of animation is maintained throughout the shows 26 episode running which is remarkable. The fight scenes coupled with the signature move sets of the demons/demon slayer really shine in this series and those great scenes are reason enough to watch Demon Slayer. Beyond the animation though the musical score is also strong as I enjoyed both the opening and ending songs. The opening theme is "Gurenge" by LiSA whilst Demon Slayer has three ending songs with "from the edge" by FictionJunction feat. LiSA (episodes 2-18, 20-25), "Kamado Tanjirou no Uta" by Go Shiina ft. Nami Nakagawa for episode 19. The opening theme is used for the ending for the opening and final episode of the series.

This is a hit series. Great action scenes, a good story and likeable characters make this a series that many anime fans will find compelling. While there are moments it does adopt the standard shounen tropes you can’t say this series is similar to the typical shounen series like Naruto. Demon Slayer distinguishes itself with its fights being all unique and with the great animation and original water fighting style. Because of those factors these fights are always engaging, enjoyable and beautiful which is not something you can say for most anime series.

The cast are likeable so you are vested and concerned about the journey of Tanjirou and Nezuko plus the supporting cast all have decent backstories to keep things fresh. If there is some criticism that could be made it is that some flashbacks felt unnecessary but this factor wasn’t abused so is easily overlooked. On the whole I struggle to see which type of anime fan would dislike Demon Slayer and is a show I would recommend. The only disclaimer I would add is some scenes are bloody so if you are particularly sensitive to violence then give this a pass.

Story 9 – From the beginning Demon Slayer reels you in with its early drama. The subsequent action scenes that follow ensure you stick around for the long haul. The weaving tale between the monstrous but relatable demons make you second guess what the right course of action is. I did feel that the series did run out of steam somewhat at the end but this could merely be the calm before the storm. Got to watch Infinity Train to find out if this is true!

Characters 7 – Tanjirou and Nezuko are the duo that are likeable and are easy to connect with. You want to know what will happen to them and they both develop in their own ways. The secondary cast is more of a mixed bag but there will be some amongst the lot that you will likely take to seeing as their personalities are varied. Character depth is given for the demon side and whilst we understand that on the whole, they are evil, things aren’t always black and white.

Animation/music 9 – Excellent and remarkable that this high standard is largely maintained throughout the whole 26 episode running. It is this animation plus the epic fight scenes that can easily win over fans and is perhaps the biggest strength of the series which is only made better by its strong musical score.

Overall 9 – A serious recommendation if you never watched Demon Slayer. The only people who would dislike this is if you have a strong aversion to violence. The great action scenes by itself make it a worthwhile watch but if you add the good story and likeable characters this is a seriously good series. You won’t find shows of this calibre every year. 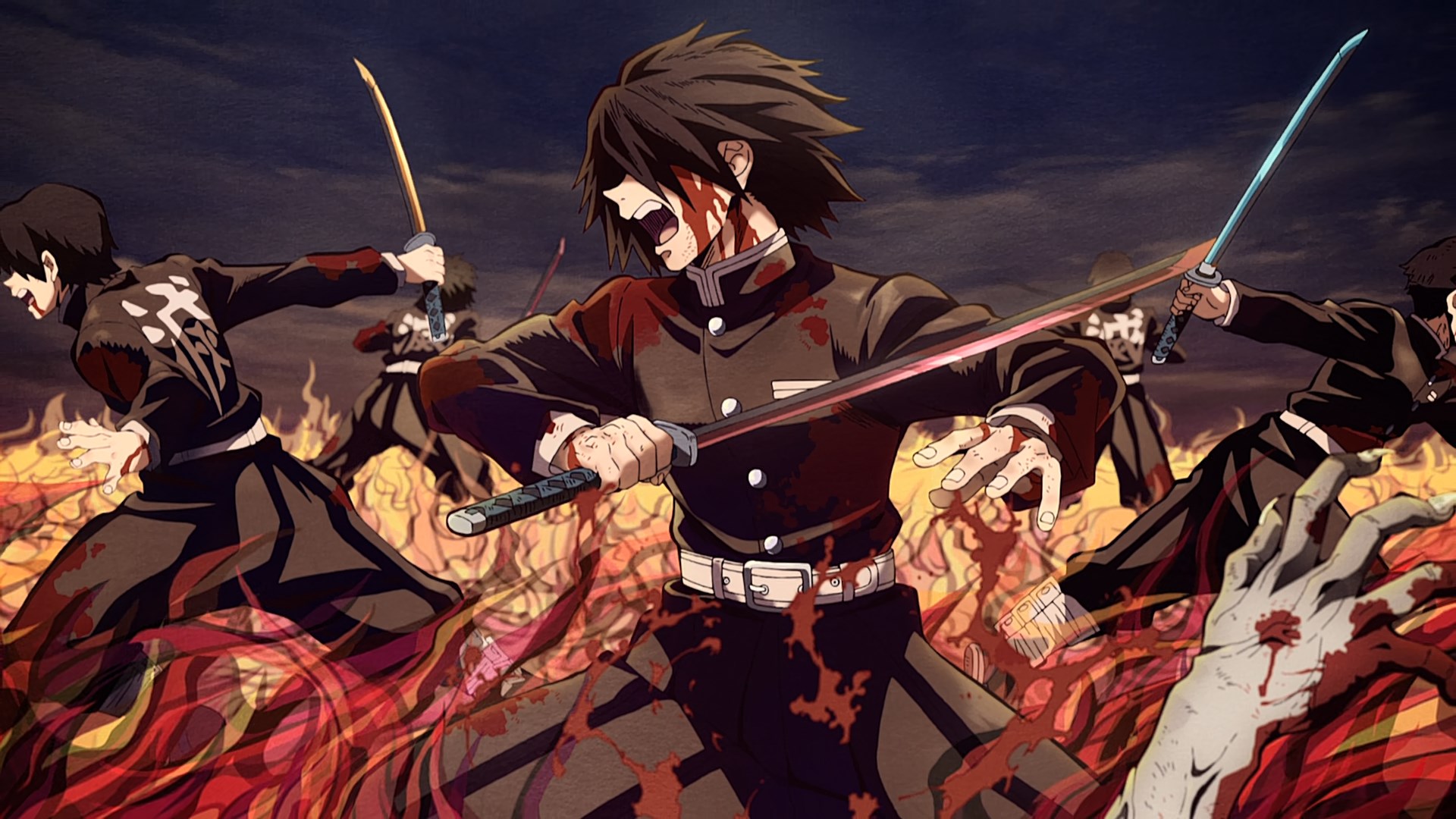 The production values in Demon Slayer is top class that is why I would recommend checking out the gallery for this anime. It won't disappoint! 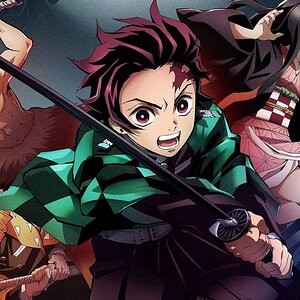 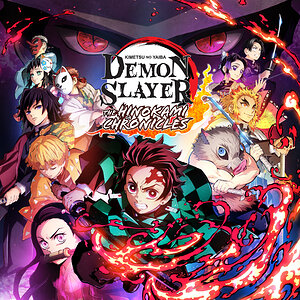 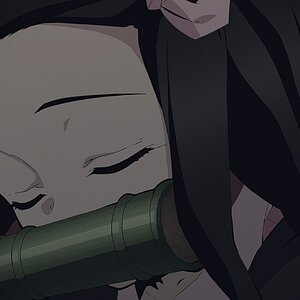 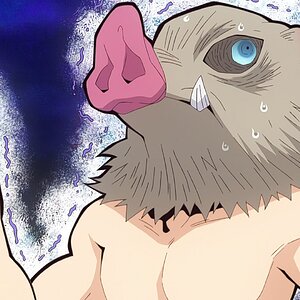 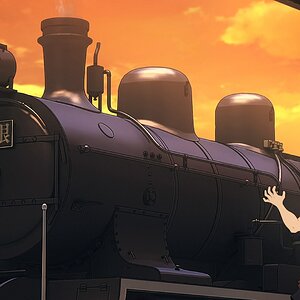 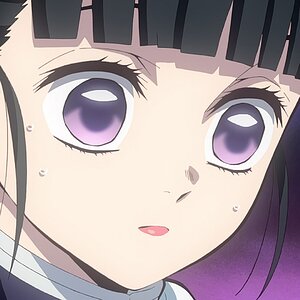 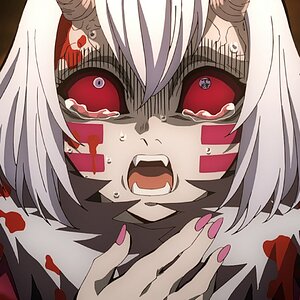