Review My Senpai is Annoying!

Senpai ga Uzai Kouhai no Hanashi also known as My Senpai is Annoying is a rom-com/slice-of-life series that was released on the autumn 2021 season. My Senpai is Annoying takes place in an office where Futaba Igarashi is starting her second year at the job. Insecure about her childlike stature Futaba is determined to get others to treat her like a competent adult. But when her senpai, Harumi Takeda teases and treats her like a kid she gets irritated with his behaviour. However, as time passes, she realises he is a person that cares for her and is prepared to defend her corner when things go awry at work. Realising that he has a gentle side it is not long before she starts developing feelings for her senpai! 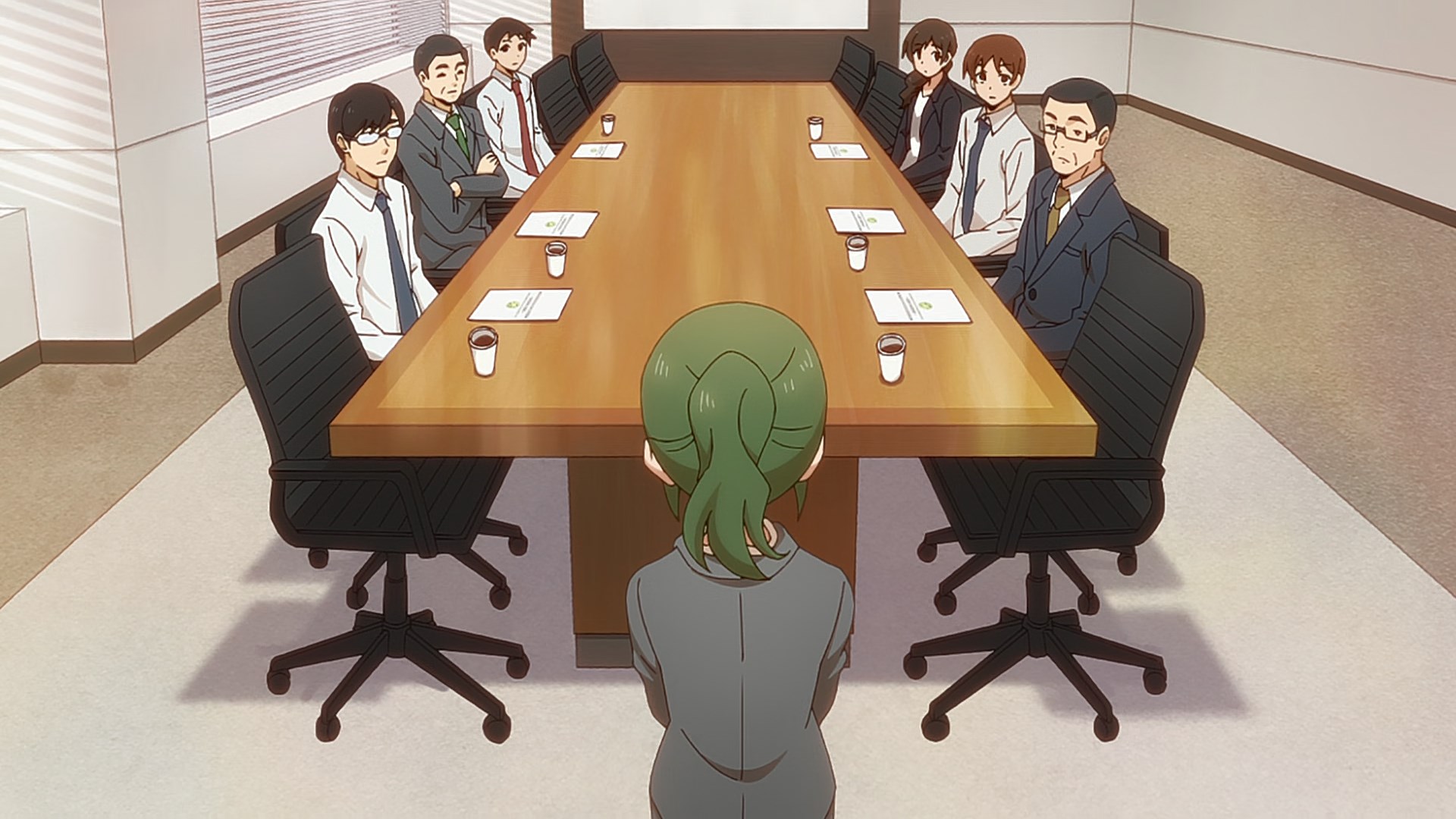 When I saw the trailer for this series I thought this was going to primarily be a comedy series with a little romance thrown on the side however when watching this show it is mostly a romance with a little comedy tossed in. The difference maybe subtle but it has a significant impact on who this show caters towards. My Senpai is Annoying is primarily directed for those that have a romantic itch. One that front, at least on the surface, there is quite a few things to be had as not only does this series take place in an office setting as opposed to the more usual school type setting this show has not one but two ongoing romances!

Sounds good, well there are some issues that need to be raised. The primary one being this is really a by the numbers type of series which is kinda ironic when you think about the setting being a business. In fact, it is so by the numbers it is almost like someone made a checklist on what a slice-of-life/romantic series should have: Christmas episode? Check! New Year’s episode? Check! Beach episode? Check? There are more typical slice-of-life episodes inserted which I could mention suffice to say you should get the picture. If you have seen any slice-of-life/romantic anime before My Senpai is Annoying is going to cover some very familiar ground which, if you’re a fan is great news on the other hand if you want something original then you have come to the wrong place and should give this a miss. 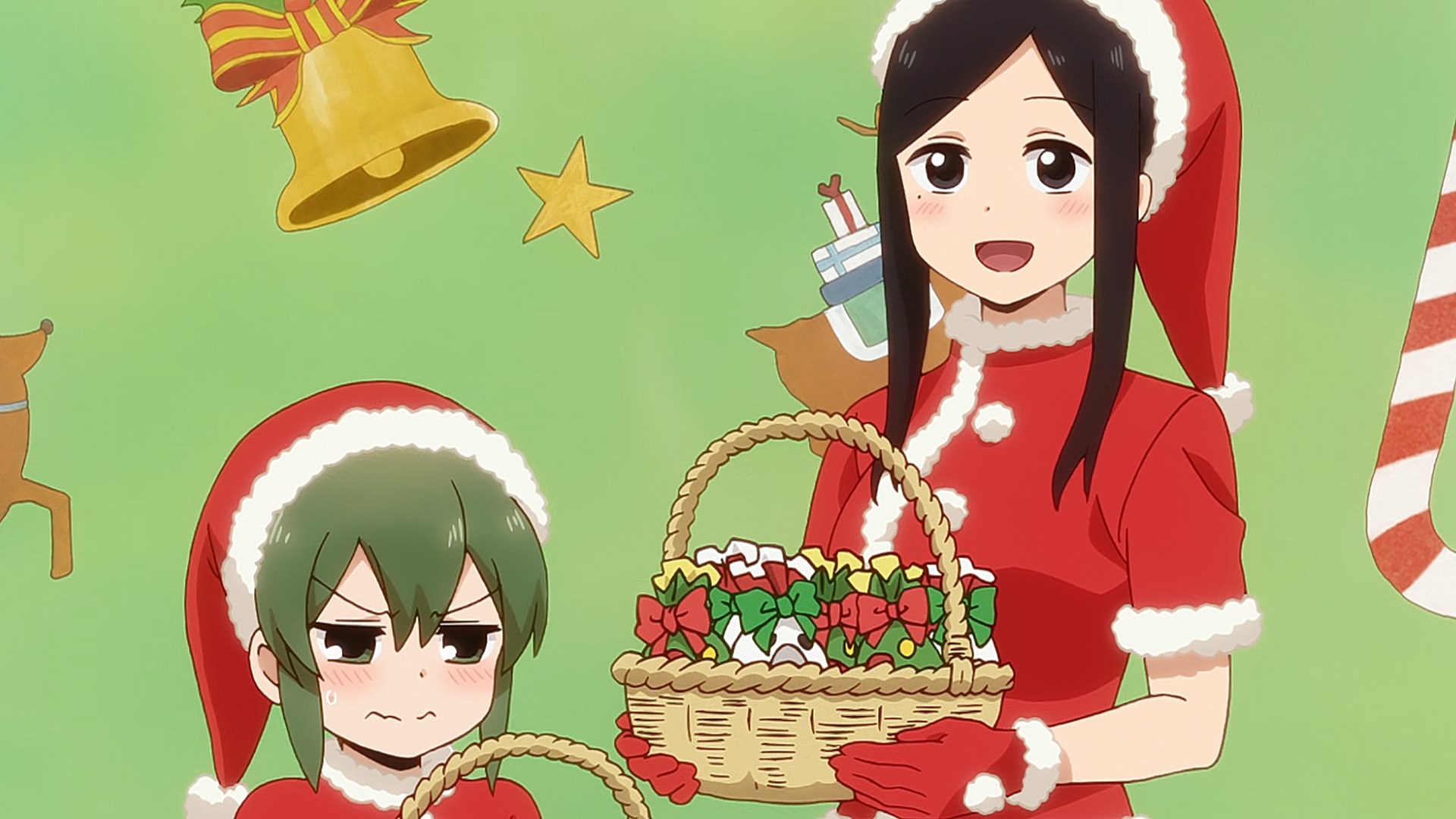 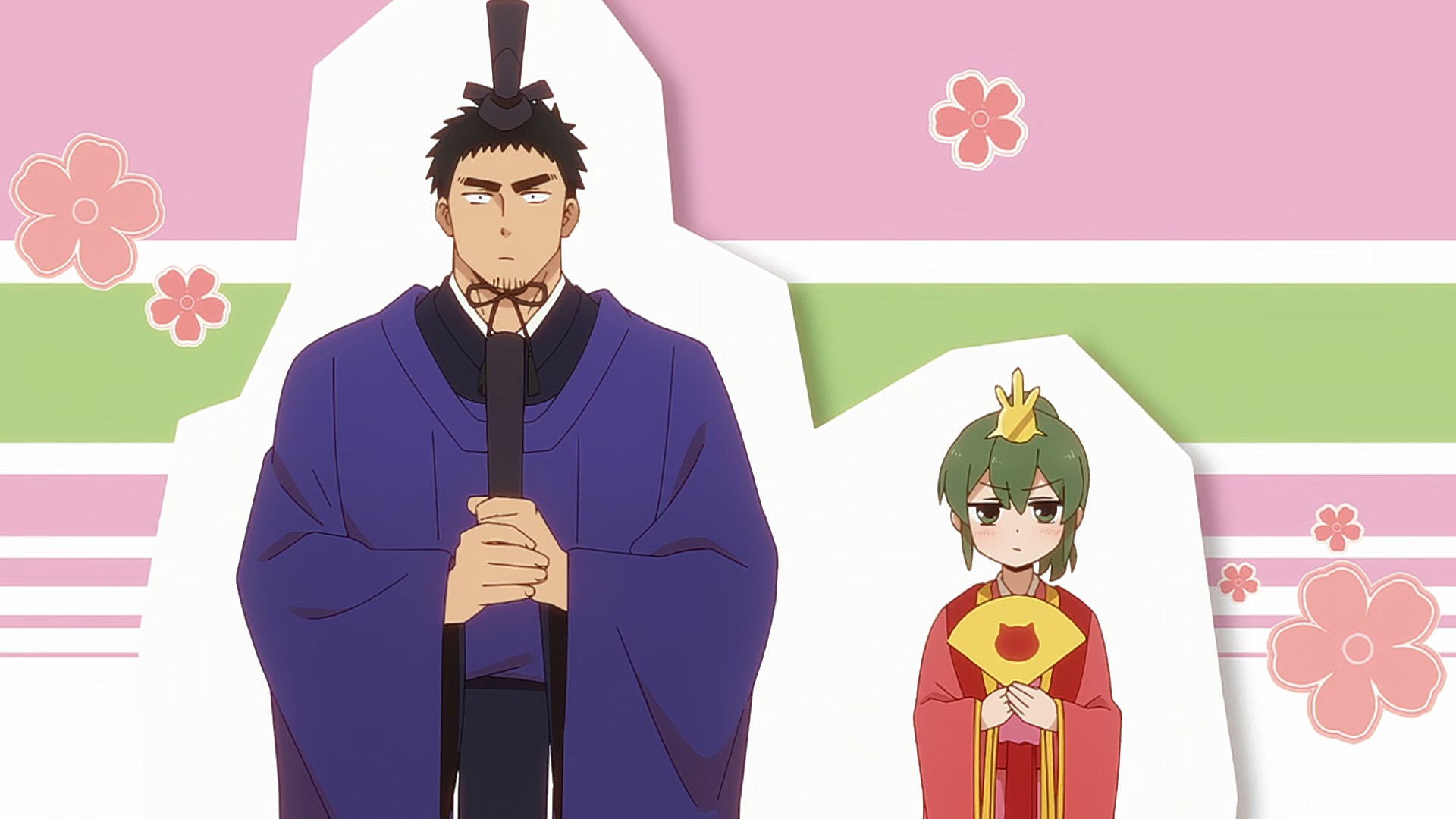 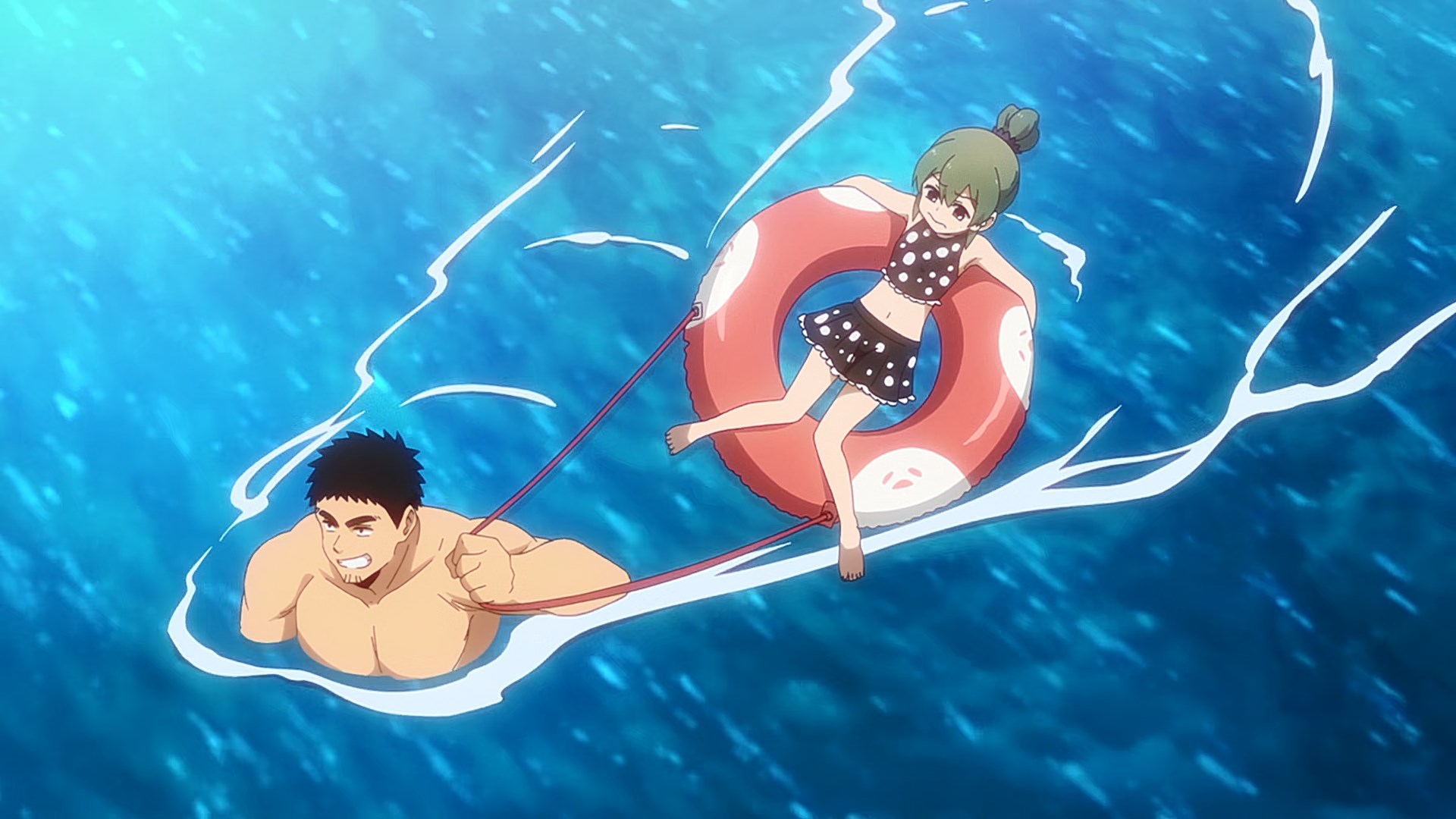 This was unfortunate as I felt it was a missed opportunity considering the office type environment could have provided a unique sense of drama and tension to the show. Still there are the characters and when it comes to romance that is the most important the bit right? Well on this ground I will make a disclaimer and say I am a big fan of tsundere/loli characters so it should come as no surprise my favourite character in the whole show would be Futaba. Not only are her antics amusing but she is so adorable with the way she dresses, behaves and the general hobbies she has. Always amusing especially when you here are denials to the contrary!

What’s more her source of affections, Harumi Takeda is also a strong co-lead as his loud, boisterous, honest and open personality made him a person that is fun to watch and easy to root for. At the same time, it was easy to understand how Futaba could like him given his positive traits. The case was made all the stronger when you consider her upbringing which was even hinted at with one of the episodes. 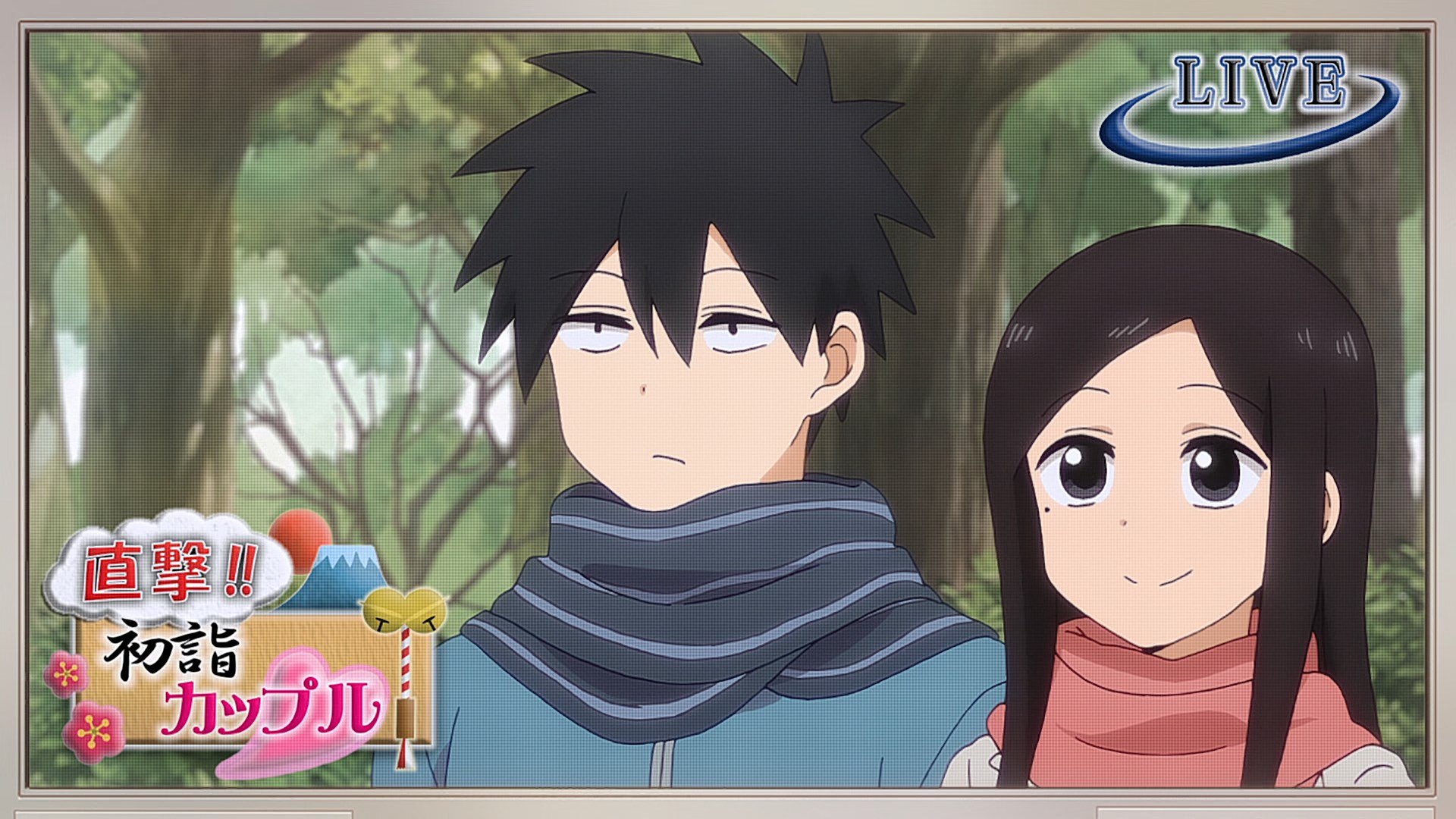 The main issues I had was with the secondary romantic partners of Touko Sakurai and Souta Kazama who I felt were much more generic. I felt Touko was the standard hot girl who while pretty, did not have any distinguishing features beyond that to make her stand out. If this was disappointing then I felt Souta was even worse as he just seemed like an emo ultra-reserved person with no personality whatsoever. This lack of defining personality made it hard for me to understand how he could snatch a girl as pretty as Touka. In fact, it almost seemed like Souta’s character was a self-insert for the fans who wanted to live their dreams of getting a nice beautiful girl.

Another negative with this show was the lack of character/relationship development. Despite this series following a bunch of adults in many ways they act like kids from a standard school romantic story as EVERYONE has difficulty expressing their emotions. Whilst it can have its amusing moments the lack of progression became a drag to the series. It would have been nice if there was more progress but alas there wasn’t.

I found the character designs to My Senpai is Annoying enjoyable. Furthermore, the colour schemes and choices were good and I particularly liked the way Futaba and Natsumi Kurobe where designed but I am sure there would be some fans for Touko! Barring the beach episode fanservice is kept to a minimum so if you are a romantic lover who likes a bit of sauce… Well, you won’t find much sauce here.

What was more notable was the opening and ending sequences that had not only good animation sequences (the opening is the shoutout) the songs delivered during these moments were great! The opening song “Annoying! San San Week! was a collaboration effort between the voice actors of Futaba, Touko, Natsumi and Mona Tsukishiro while the ending song was "Niji ga Kakaru Made no Hanashi" was done by Yui Horie.

My Senpai is Annoying - Opening

If you are a fan of rom-coms that don’t stray far from the beaten path then My Senpai is Annoying will give you a lot of joy. You get all the classic episodes from Christmas/New year specials, beach episodes and more so if that is your thing then you will enjoy this and better yet know what to expect!

Character wise the main pair is actually pretty good and it is enjoyable seeing Futaba and Harumi interact as not only do we get some funny moments but the budding relationship does contain numerous wholesome moments. Unfortunately, the same cannot be said about the other pairing which seemed a lot blander in comparison. Moreover, if you want high drama or a culmination to the romantic relationships then you are out of luck.

At the end of the day this is a largely formulaic series that just goes through the motions in what it expects fans to like. If you are a rom-com/slice-of-life fan, go for this but its formulaic nature means it is unlikely to appeal to others outside this genre particularly if you have a dislike for tsundere/loli characters. In many ways this is a distinctively average series and in terms of romance you get better renditions in even non-romantic animes. For example, Jobless Reincarnation part 2 does a better job of building romance than this show delivers.

Story 5.5 – My Senpai is Annoying follows the tried and tested episodes so as such can only be ranked as average. The only unique selling point is the show takes place in an office and not a school. On the positive side the primarily relationship is an endearing affair with a number of comedy moments that will leave you amused. In many ways though the story is largely forgettable.

Characters 6.5 – Futaba and Harumi are the standouts that prevent this show from falling into mediocrity. Their characters plus the chemistry they have is good especially if you consider Futaba’s background. This is in large contrast to the secondary relationship which was pretty poor if I am honest. Natsumi and Mona also had their moments but were not significant enough characters to make much of a difference to the overall enjoyment from the cast.

Animation 7.5 – The stronger point of the series as the character designs and likeable colouring schemes made this easy on the eyes. More than that however was the musical score with the show boasting above average opening and ending sequences. The opening in particular really gets you into the mood of the series and was something that did not get old.

Overall 6 – I couldn’t recommend this series to anyone who isn’t a fan of either slice-of-life, romantic/comedies or big loli lovers. There is simply not enough going on to make this a worthwhile series but if you like those genres (or girls) then it may be worth your time. There are better romantic shows out there though so if you have a backlog probably best to visit those shows first. 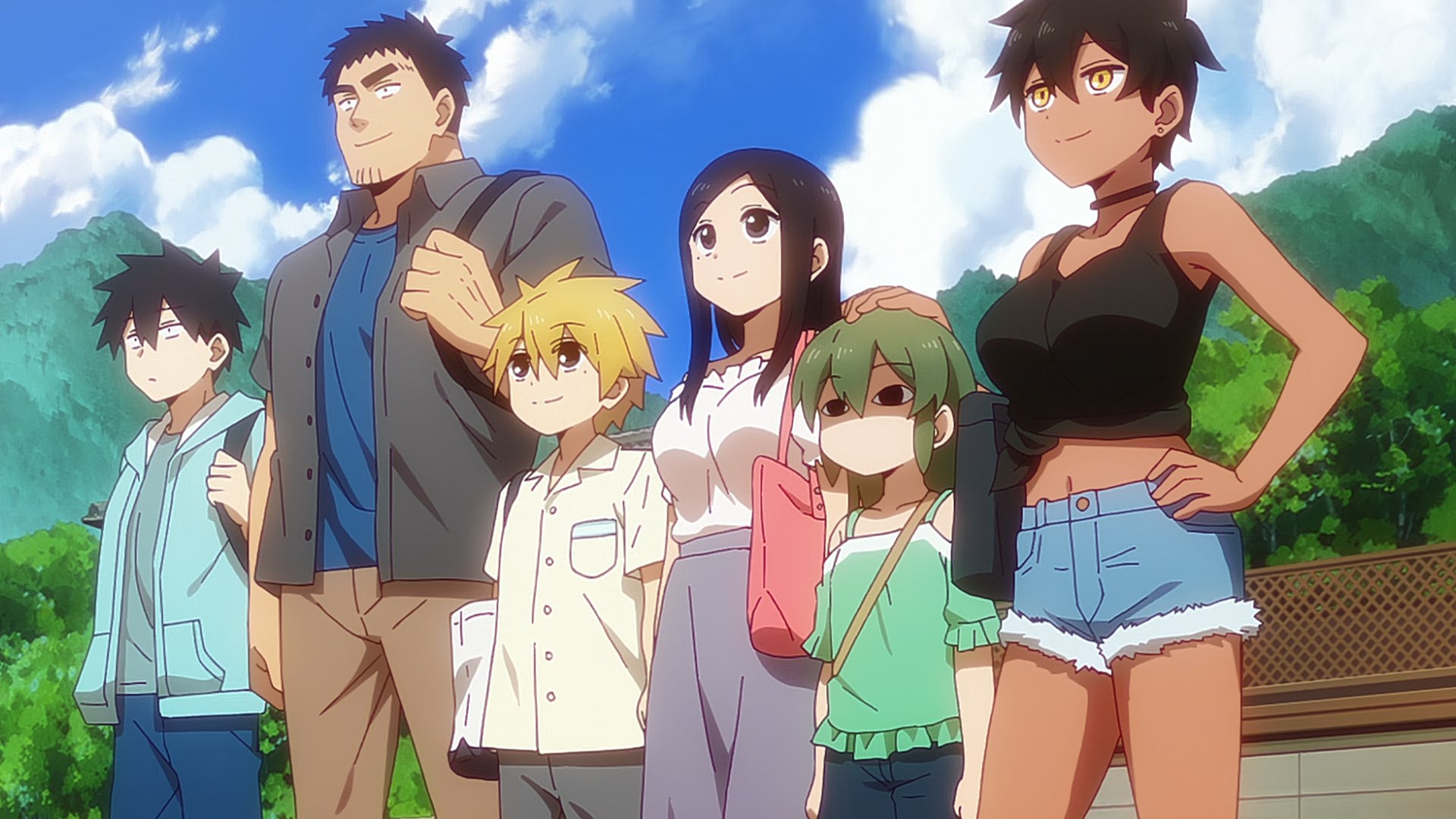 Futaba would prefer you do not see but if you want to be her senpai then best to have a look at the Futaba gallery! 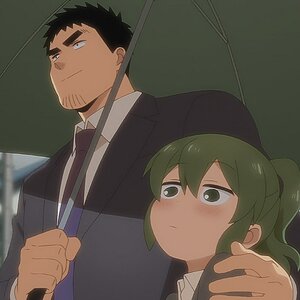 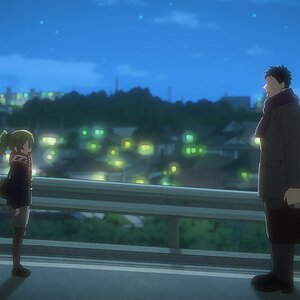 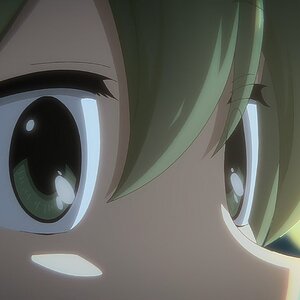 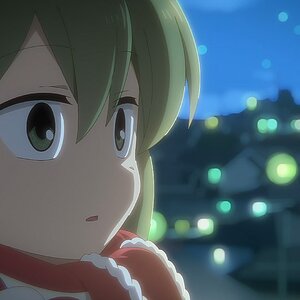 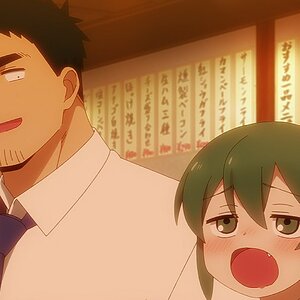 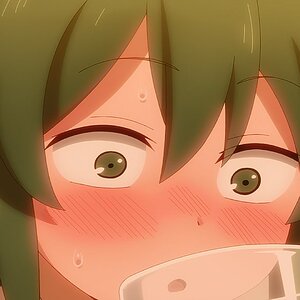 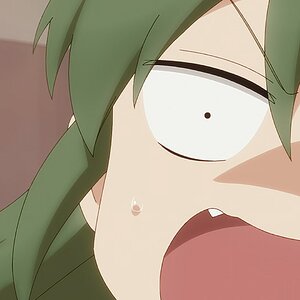 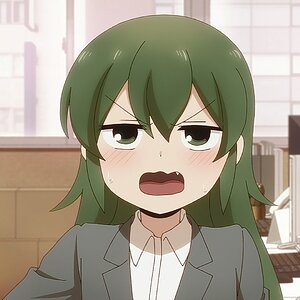 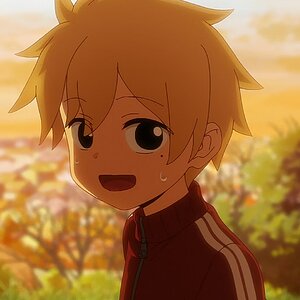 My Senpai is Annoying!