We join Miko as the terrible fiend charges at her after discovering she can see it! Just as it looks like Miko will be torn limb from limb the shrine ghosts save her for the third and final time! What will happen now? Who knows but despite the vicious attack, Zen’s mothers spirit lives on and makes her way to her cherished son disfigured and all. 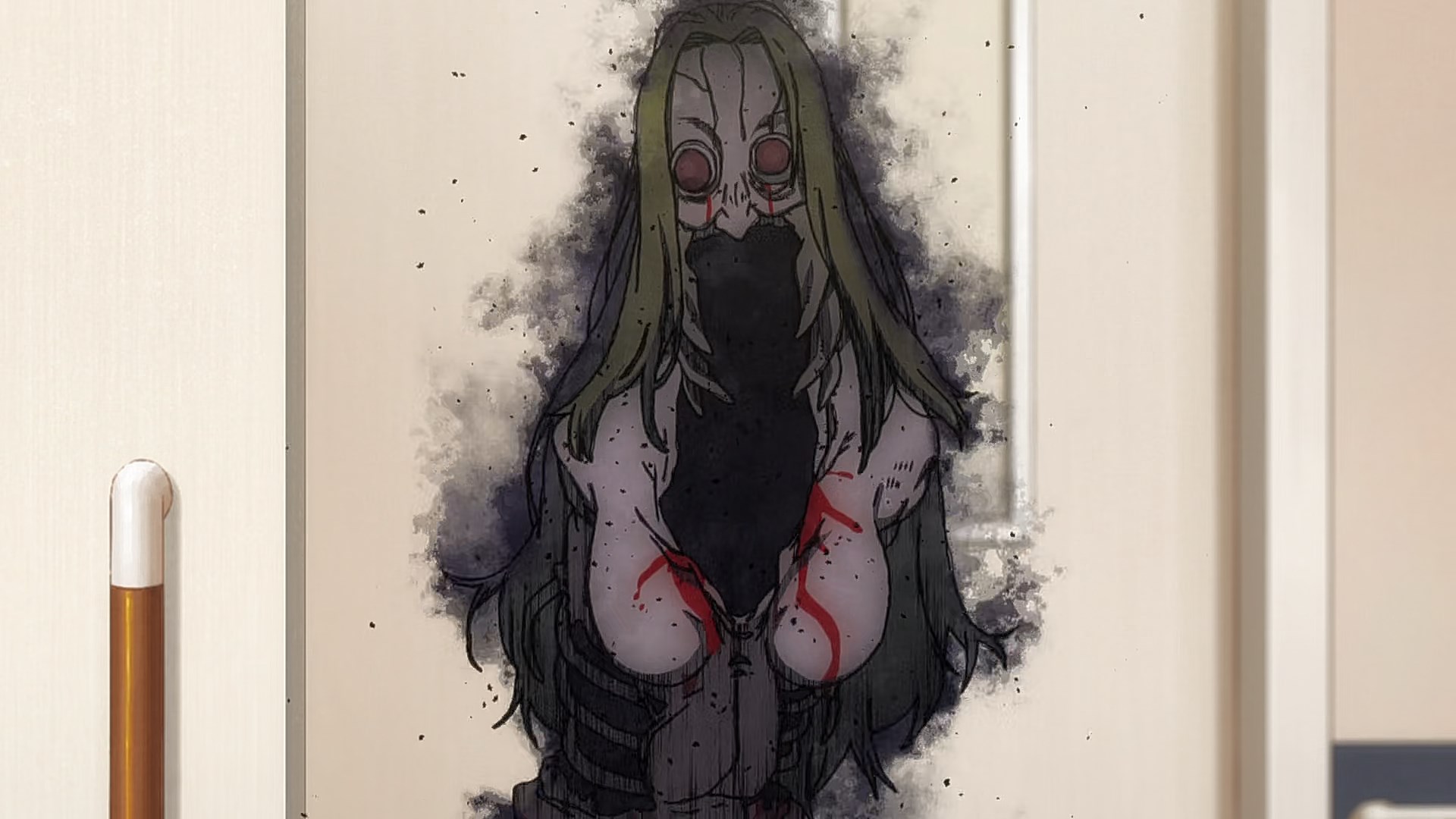 Zen is surprised to see Miko back considering the way she bolted out of the room earlier but the bigger danger is the company she brought along! The evil spirit directs her rage at Miko before momentarily taking on her Earthly body before going for the kill. But once again Miko is spared the bloodshed as the shrine spirits attack once more and this time finish the being for good. The spirits clearly indicate this is the third time and disappear into the mist. 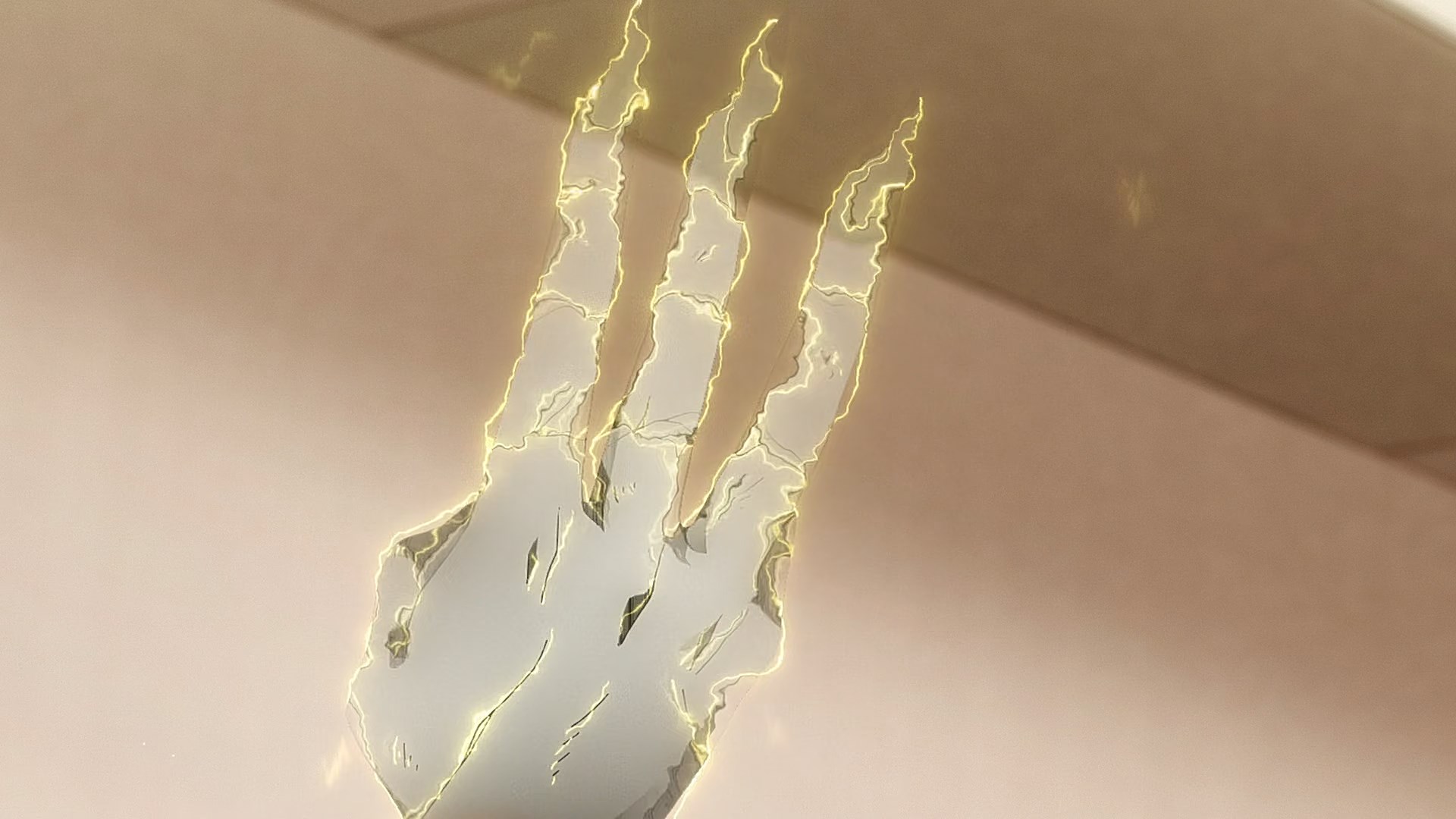 Miko is finished and is so distressed and shaken that even the socially inept Zen realises something is amiss. But instead of providing words of encouragement he only calls her weirdo and there is an awkward silence. This standoff does not last long as Hana (along with Yulia) show up to check on their senpai. Hana immediately sees Miko’s tears and goes off on one about Zen’s reckless behaviour totally misunderstanding what just happened. Zen reflects on his action and finally apologies for what he has done and, in that moment, we see all the spirits that surrounded him disappearing. Was this the effect of his mum disappearing or the work of Hana’s aura? 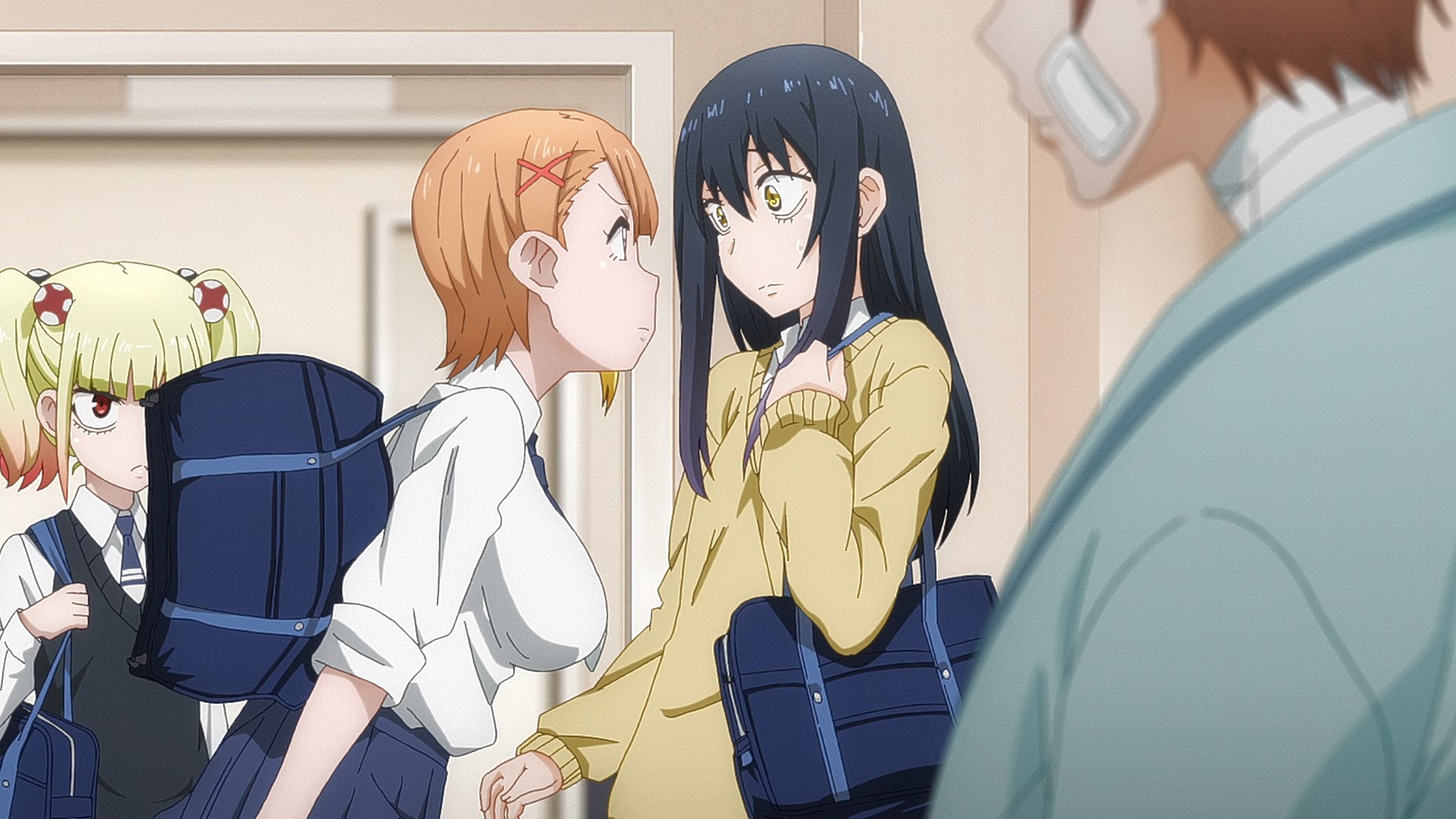 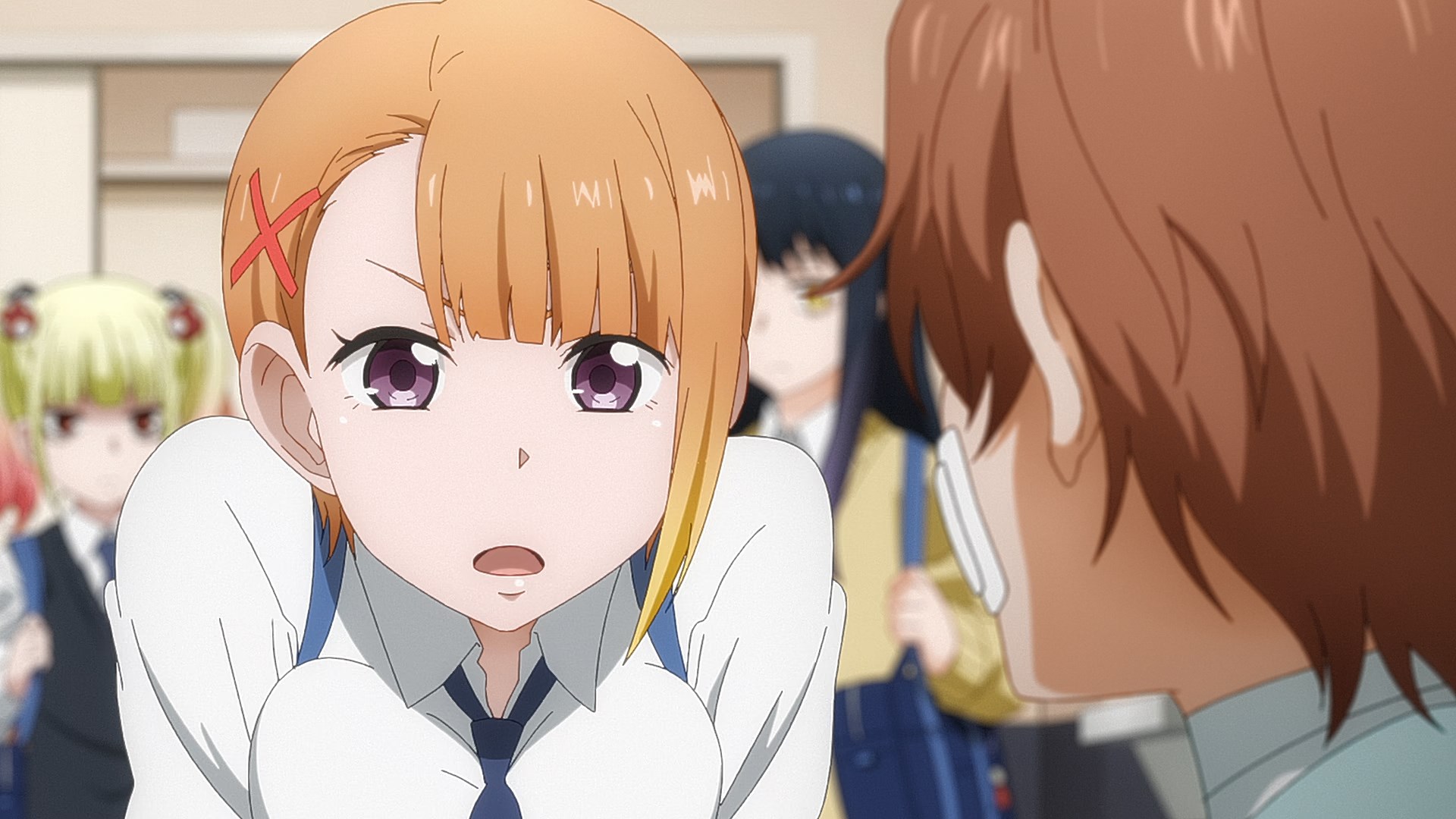 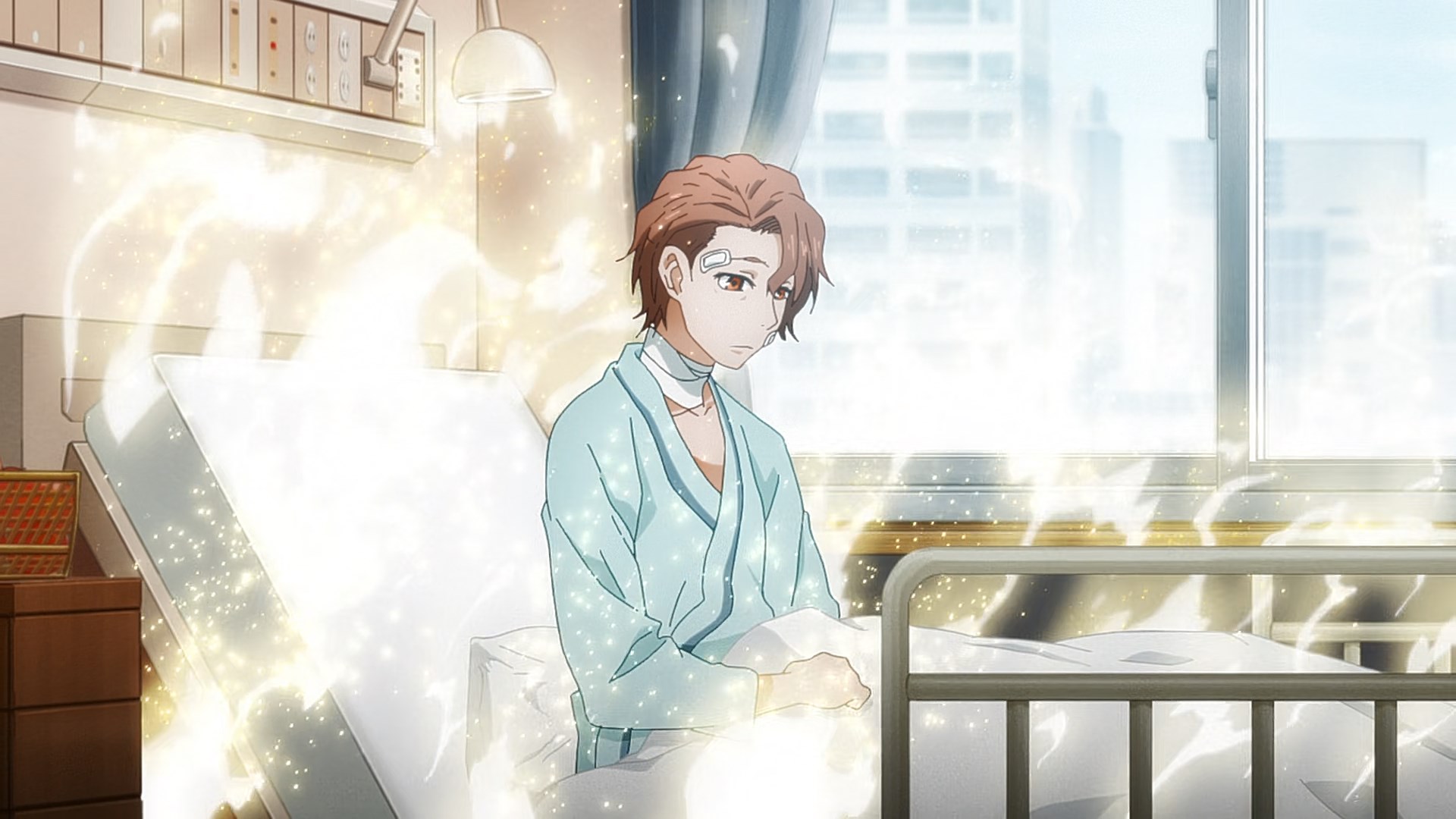 Yulia suggests that spirits maybe attracted to Zen because they sympathise with him in a way not too dissimilar to Hana. At that moment the penny FINALLY drops for Yulia that Miko has behaved the way she to hide the truth from Hana who she cares deeply enough that she does not want to scare about all these ghastly fiends. Her strange behaviour wasn’t a mad plot to kill Yulia and so the pair seemed to have patched things up. Will that be the end of future misunderstandings? No use pondering over such things as Hana is HUNGRY and wants to get another snack! 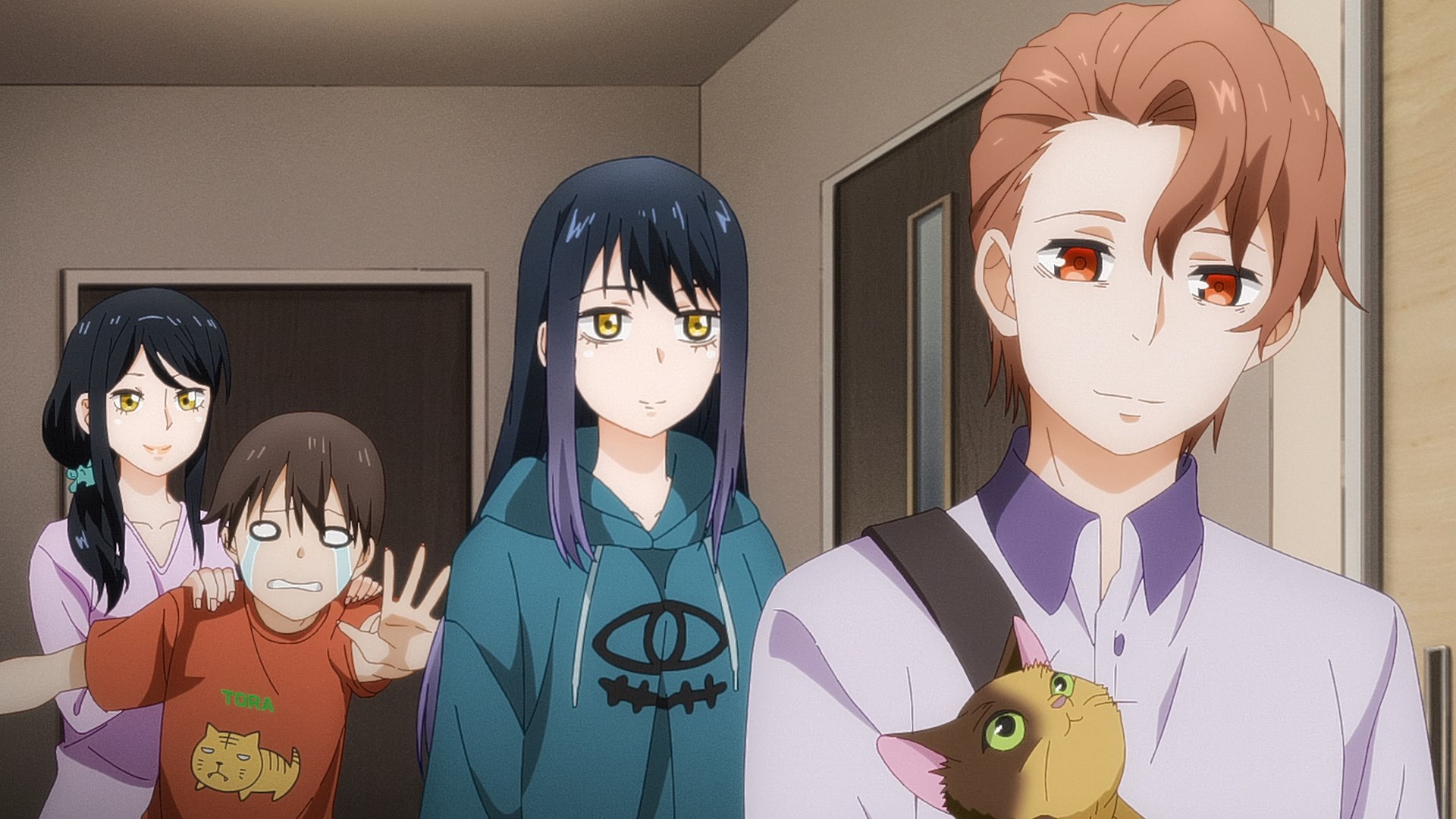 Back in the Miko household and there are more tears this time from the brother as Miko gives away their precious Nekomaru to Zen! Miko fills Hana in on the details saying that Zen will take care of the kitty but since his apartment forbids pets, he will move someplace that accommodates them. More surprising than that is Zen will get the aid of a friend to a help him out. Hana can’t believe it!

Zen settling in with a cuppa reflects on Miko’s strange choice of words when she said he would be set free. His thoughts are racing. Will he figure it out what? As usual there is not much time to reflect as the old lady knocks on his door offering more food. Zen no longer has the will to maintain any platitudes and rips into her by explaining he doesn’t want no stinky containers or food with bits of hair. She is taken aback and leaves but is only surprised over the fact he caught on to the hair she tried to hide in the packed lunches she made. Seriously, she did that on purpose?

Miko and Hana decide to watch the next horror movie but Miko is disappointed Yulia is not with them (yes, I agree, Yulia SHOULD be with them). Hana makes the lame excuse that since this film is a sequel, she felt it best not to bring Yulia along lest she would be spoiled. Seriously? I bet Yulia watched the film on her own anyway! But in typical Hana fashion her mind soon shifts to food and harries Miko to the food stalls!

Ah just so you know I write these summaries as I go along and the very next scene has Yulia actually watching the prequel on her own! She ponders that Miko and Hana are watching the sequel as she speaks and there is an edge to her voice that smacks of loneliness. Poor Yulia! All she can think of is the godmother and what she is doing right now. It then we get a scene with the mother herself. She receives a letter and it is that picture of Miko and Hana. She is alarmed and gasps! What will she do next? 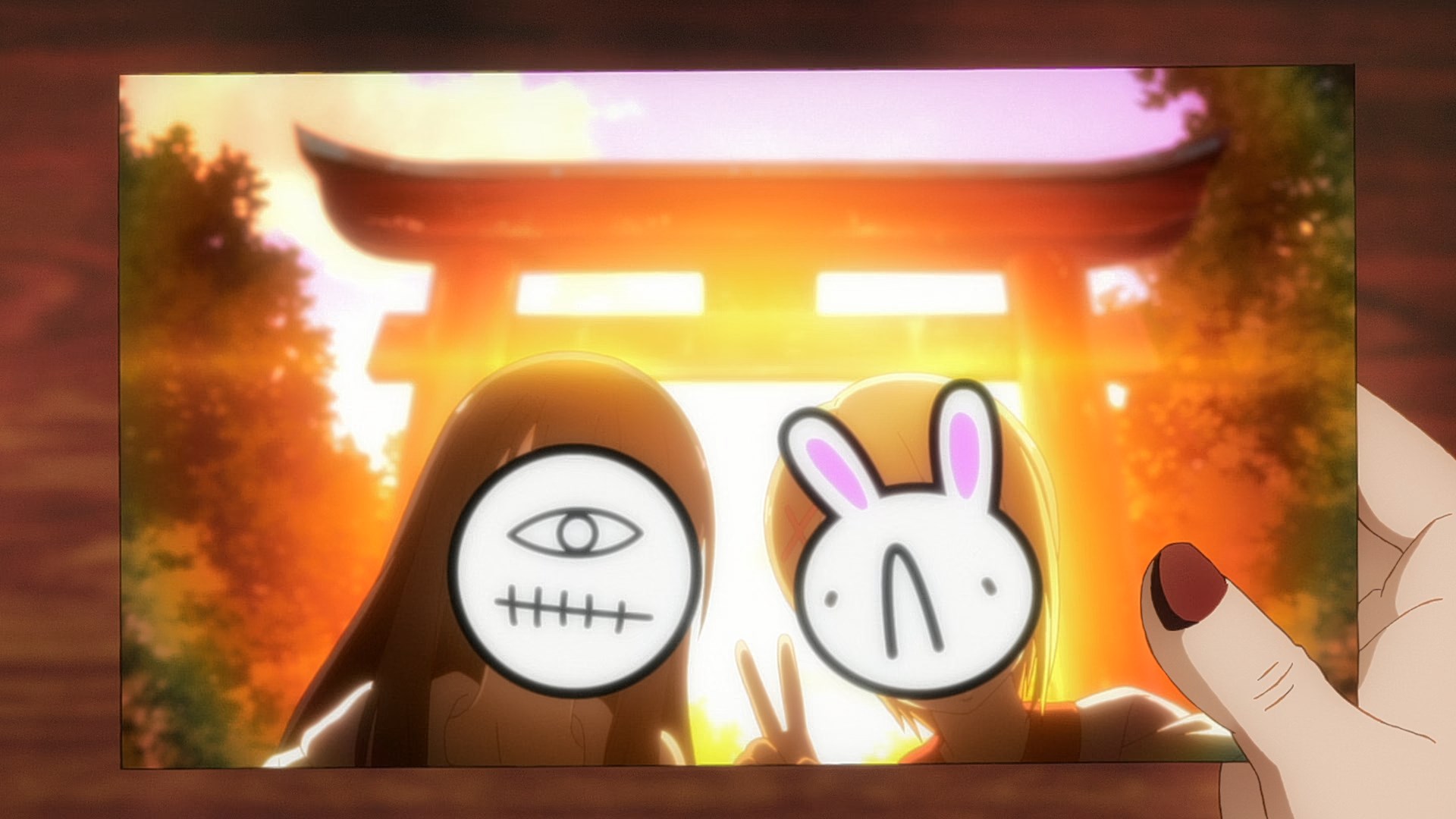 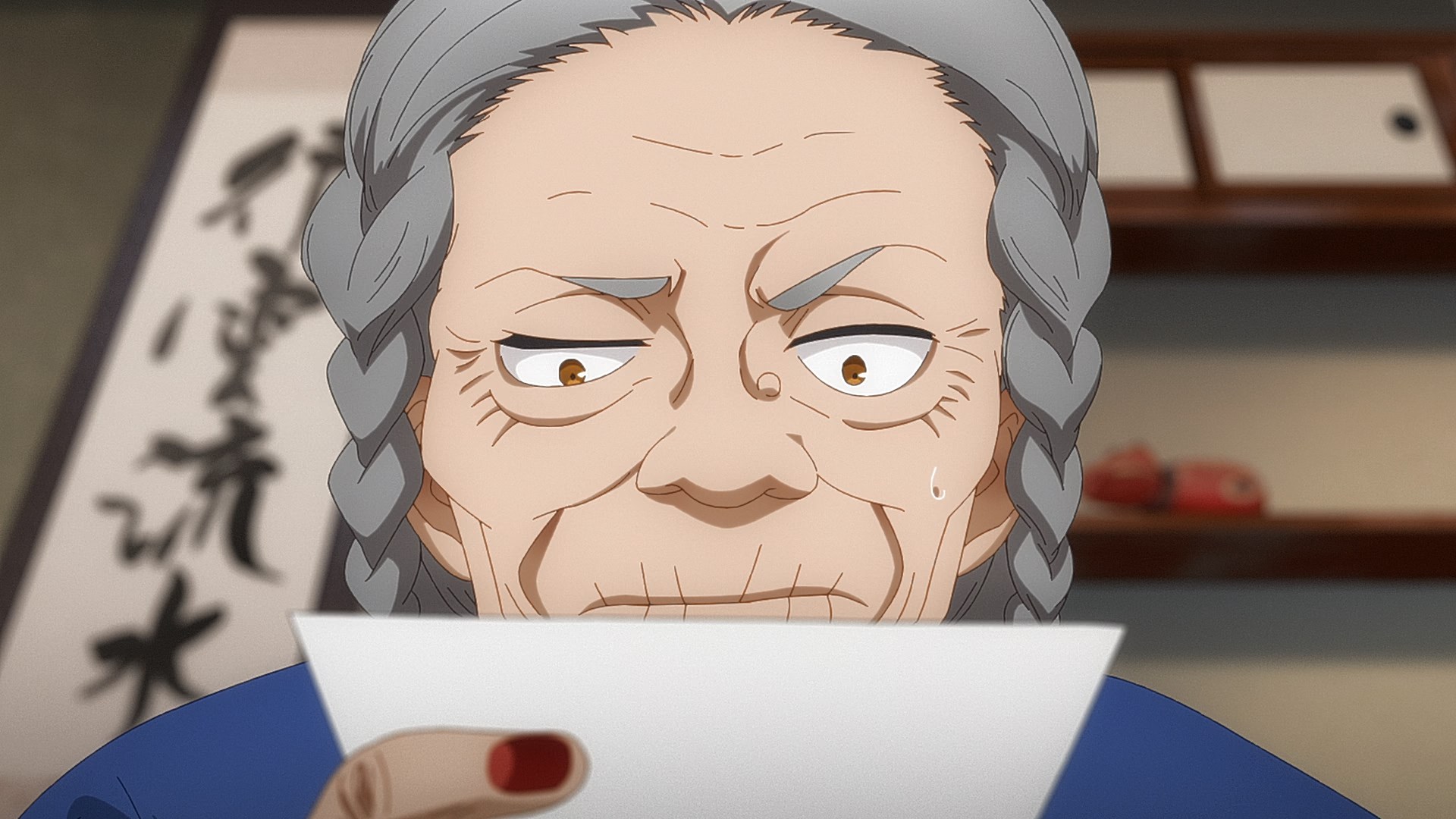 In the following scene we see and fear for the worst but, but the cat napper is finally caught! Zen got the rascal but there is a twist… What could this mean? Anyone wanna guess? 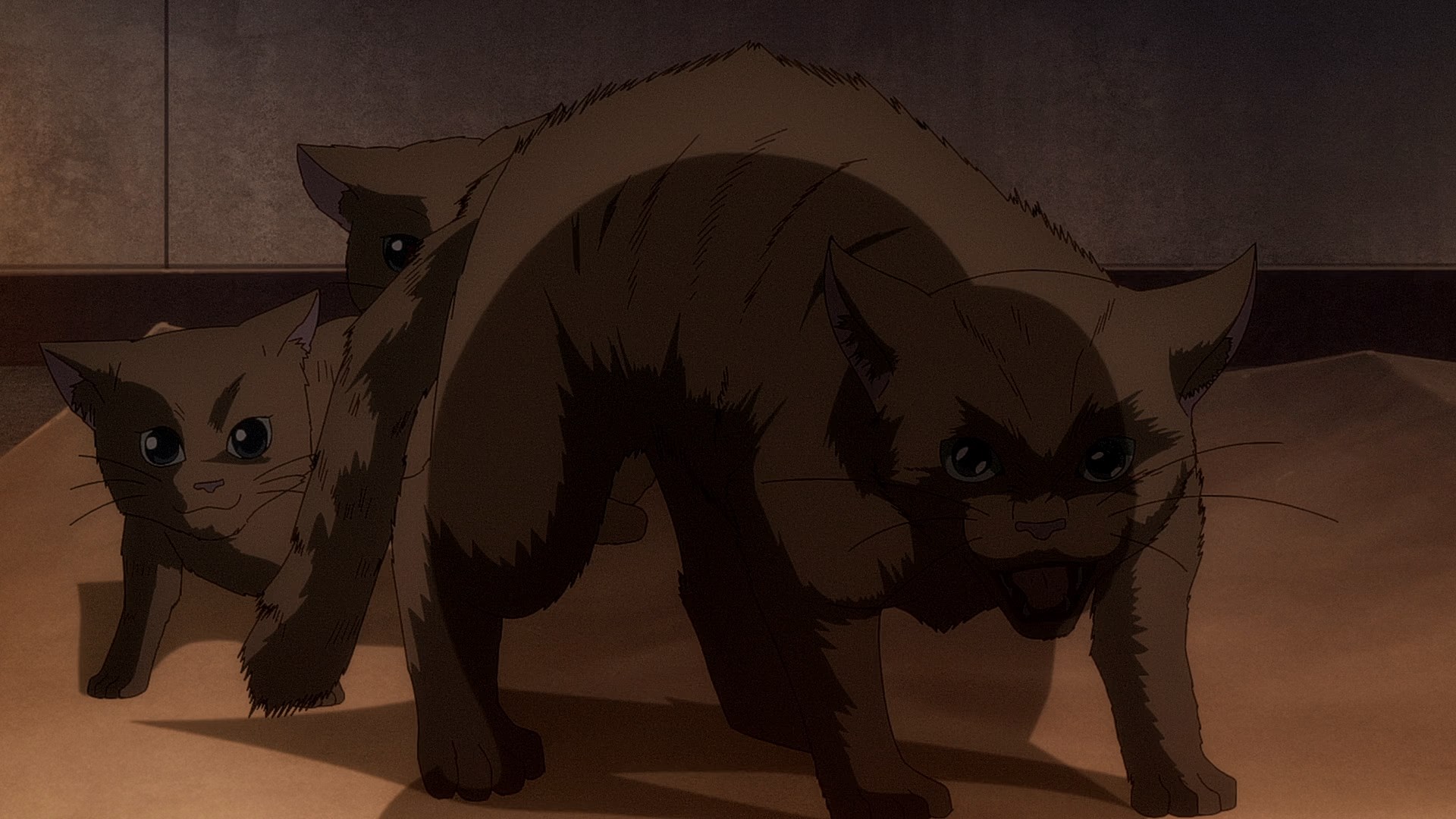 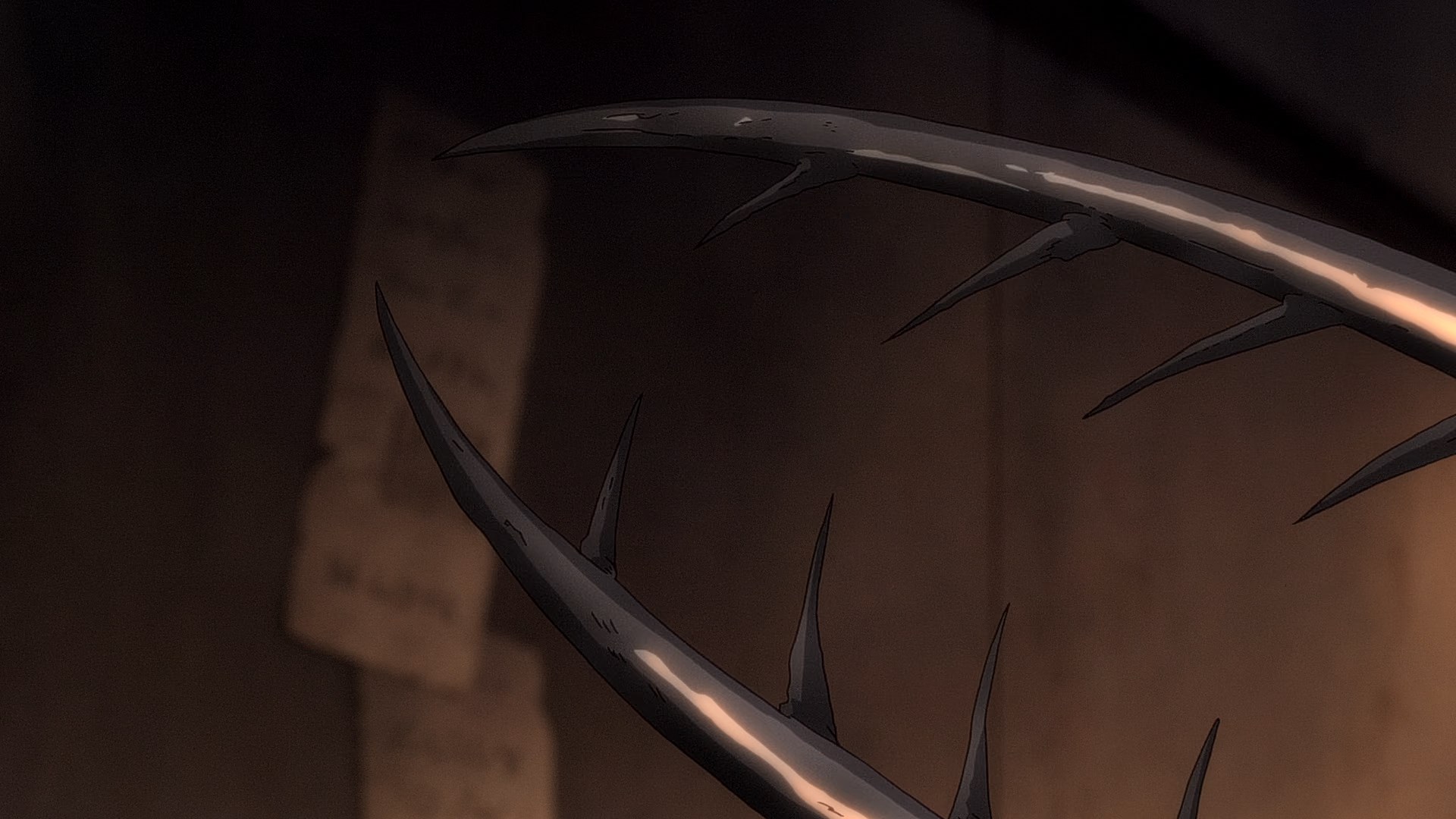 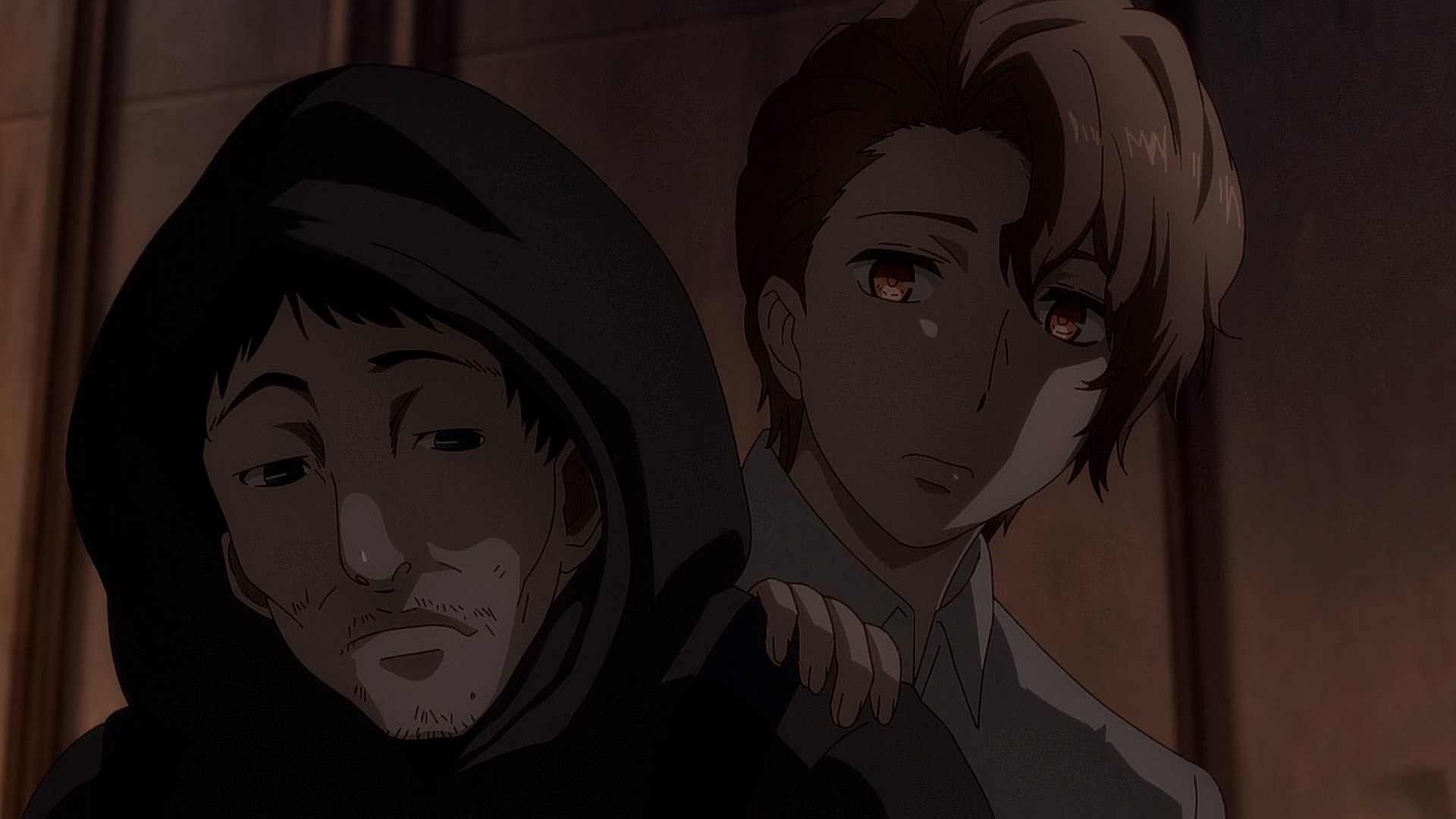 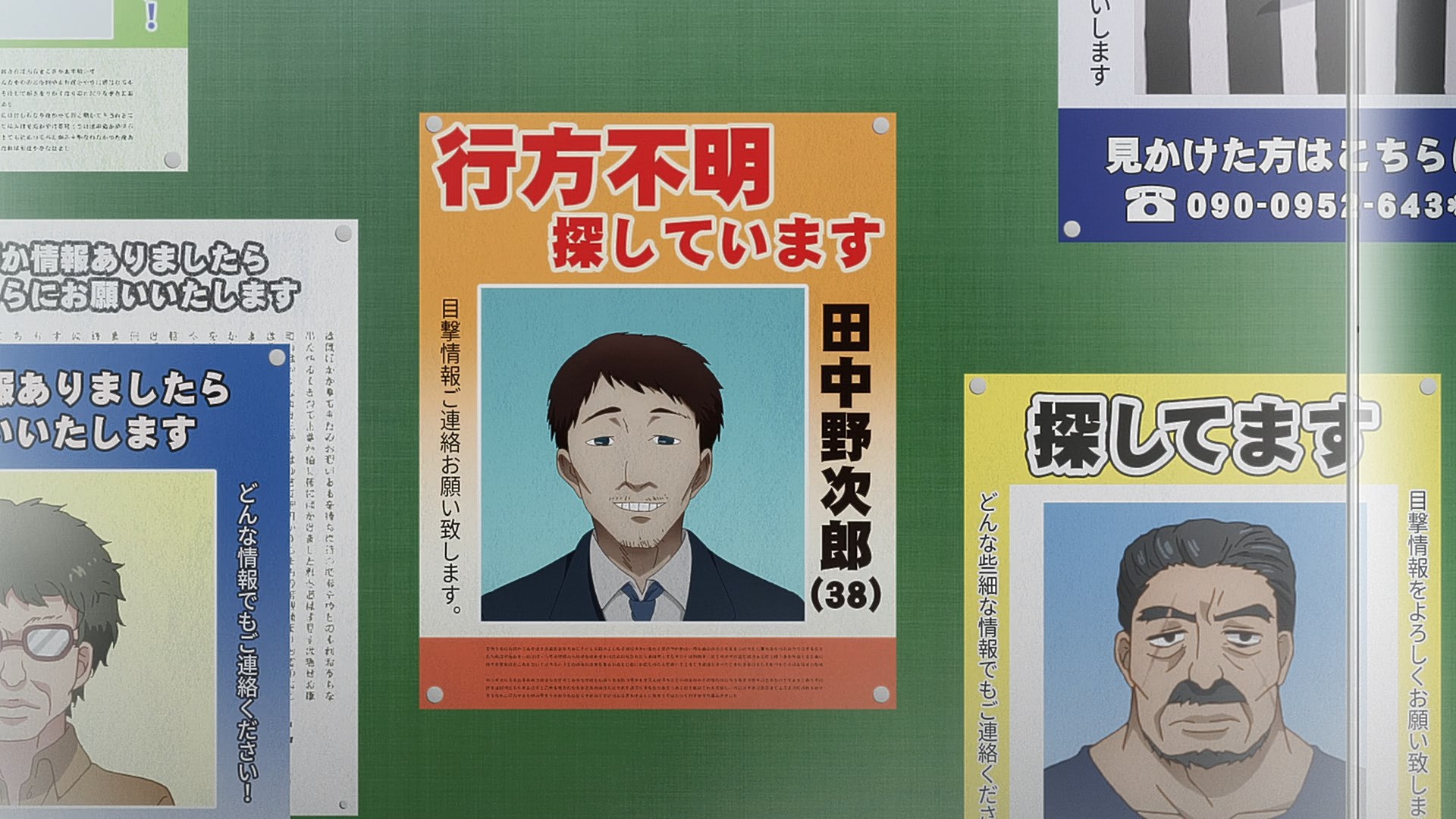 The next day Miko hears the chimes of a bell and is immediately reminded of the shrine spirits that saved her three times. Getting a chill down her spine she feels compelled to make an offering lest she be cursed or something so she decides to take another hike to the shrine to appease the gods. Miko reaches the shrine and is creeped out about the eery setting.

Wishing to end things quickly she makes her offering but the initial sweets she gives out doesn’t seem to be satisfy the gods so she offers more. Offering more has the opposite effect however and the spirits are displeased and spoil the food laid out! She begins to panic and decides a different tact is in order and drops some coins as a donation but again! This does not please them and now are right behind her. Will they kill her? She is beginning to panic as this time they are making some angry noises and intimidating faces! Just as the worst happens there is a twist!!! 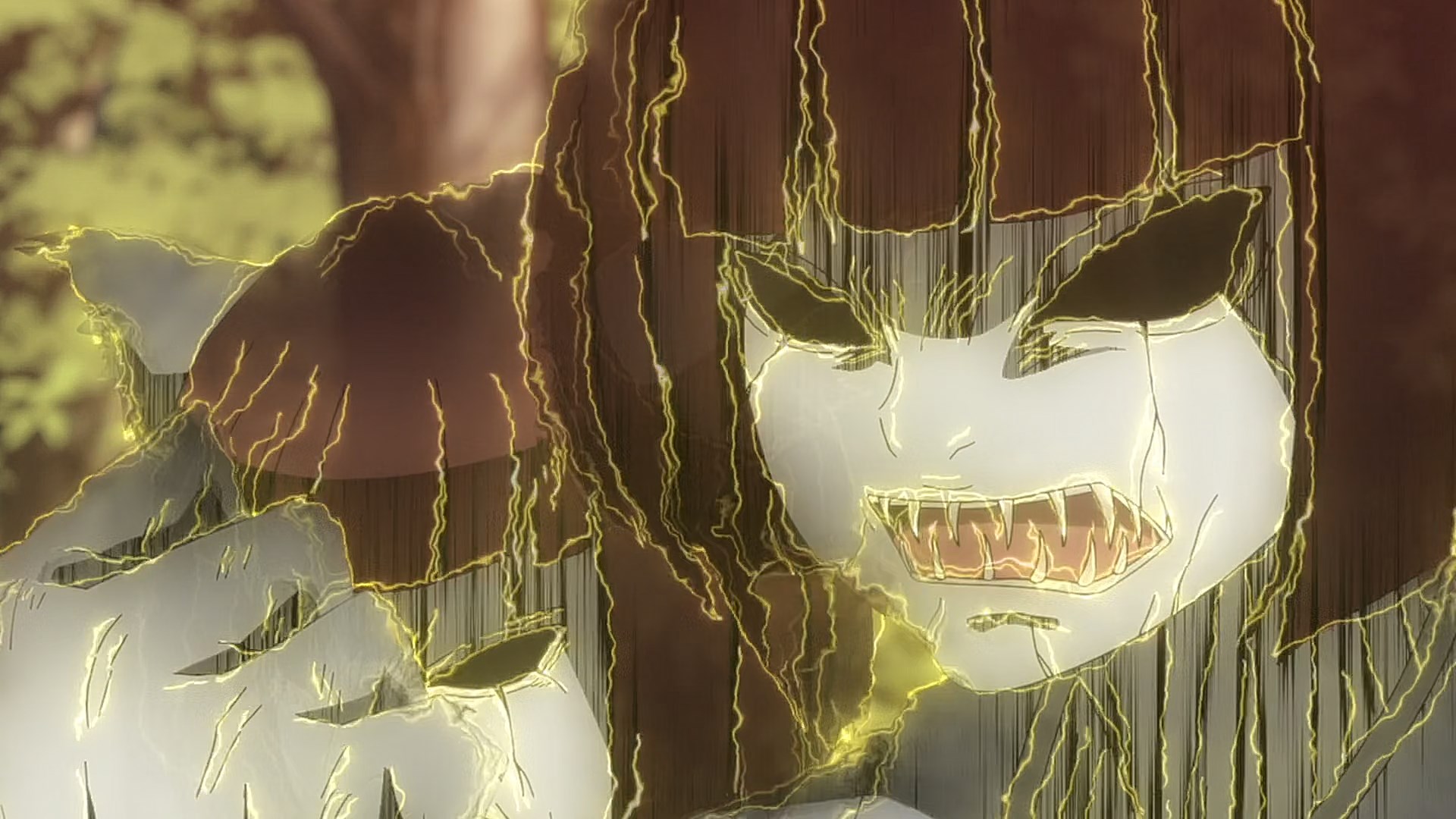 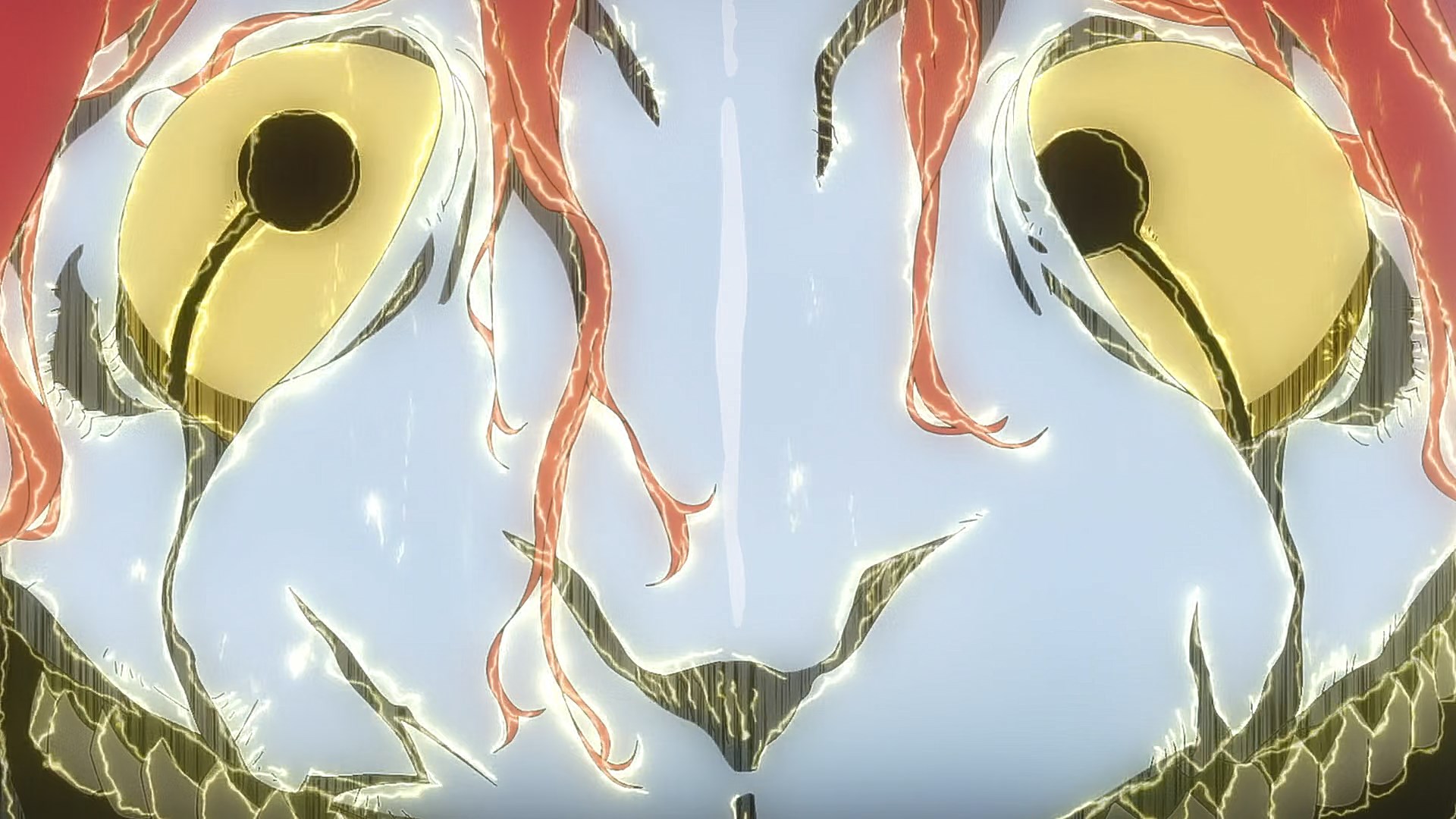 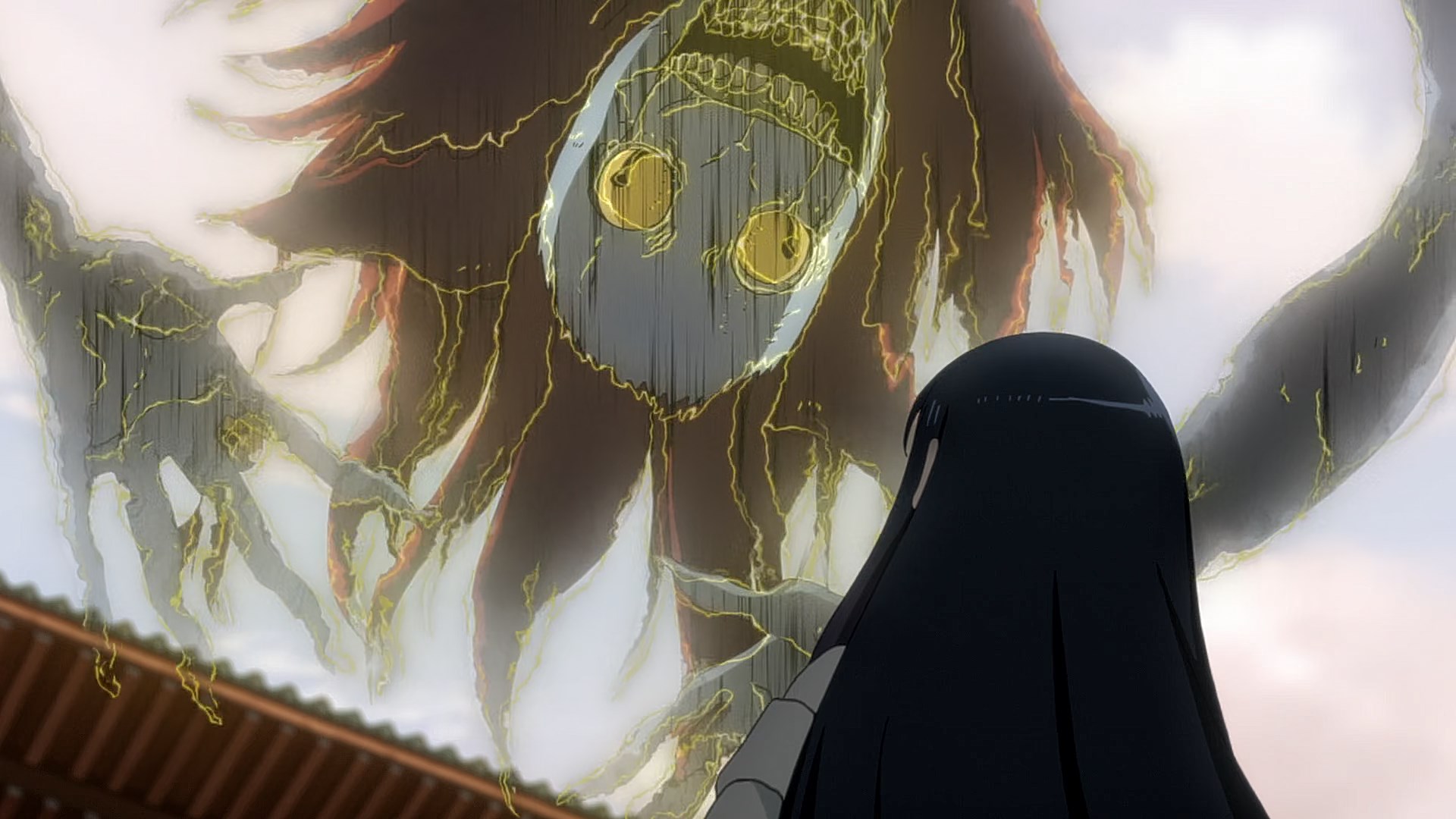 Yup, it was all a dream and her bro lampoons her for talking dirty in her sleep implying she had ero ero dreams! Miko sighs in relief and makes her way to school ignoring all the usual critters with greater ease but there are some horrors she still can’t face like a sneak attack from Hana!

Yulia’s loneliness gets the better of her and she greets the two girls but is not long before she is in a boobhold chokehold and she can’t breathe! We get a nice little fanservice shot with Hana in underwear and a little fall from Yulia but in the end it all happy days as the girls decide to watch the latest horror movie all together. 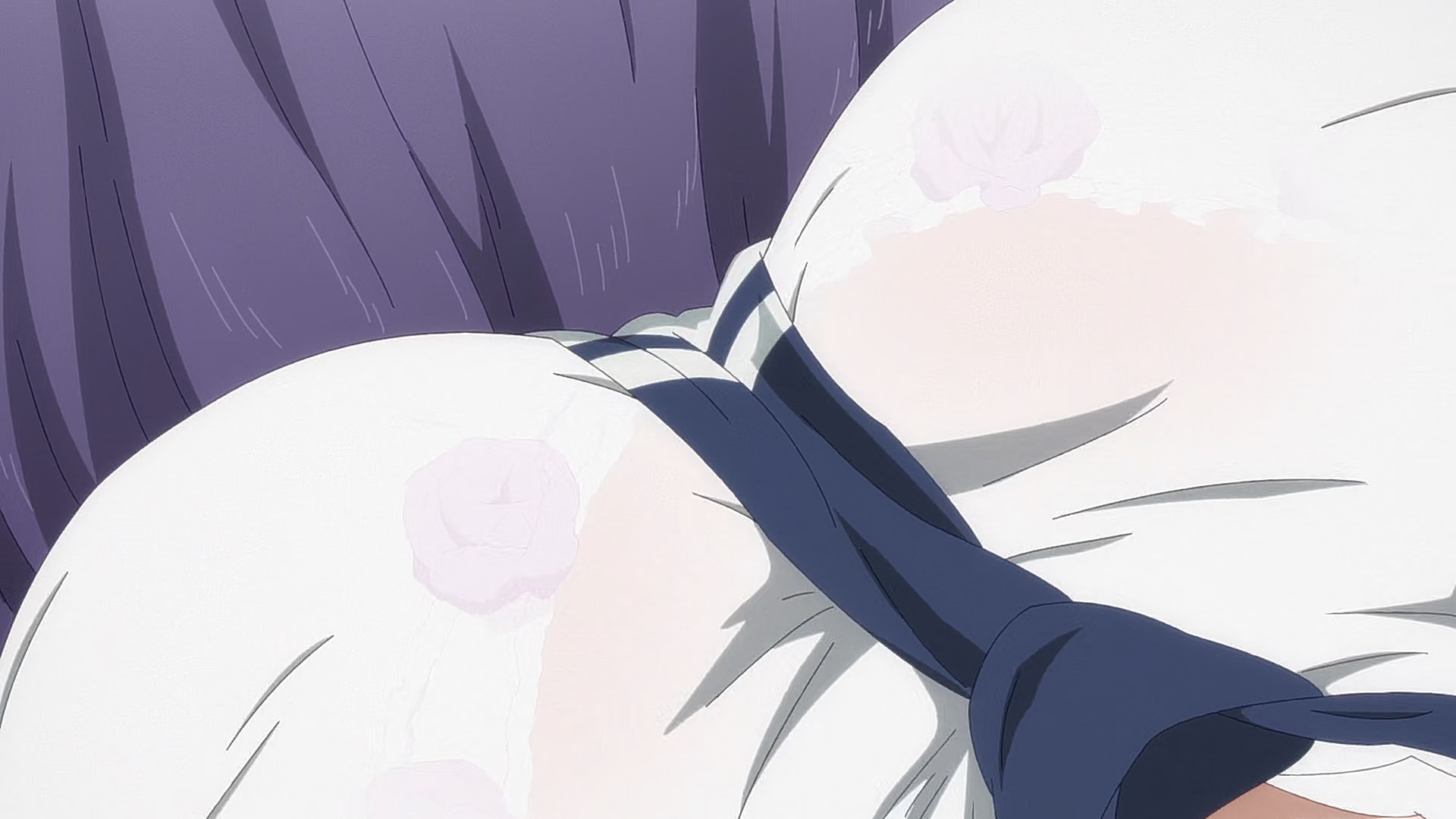 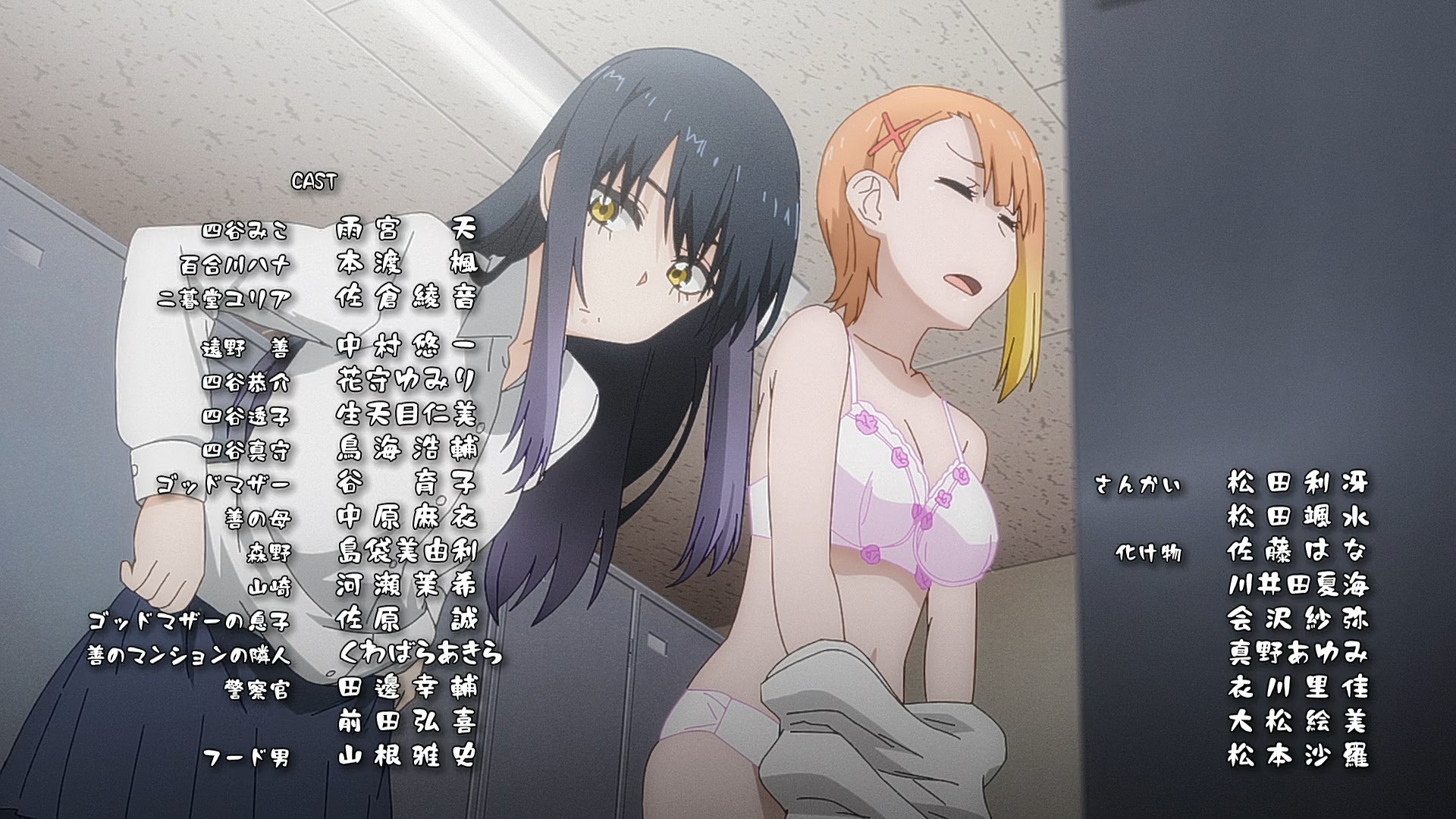 There is just one little snag… 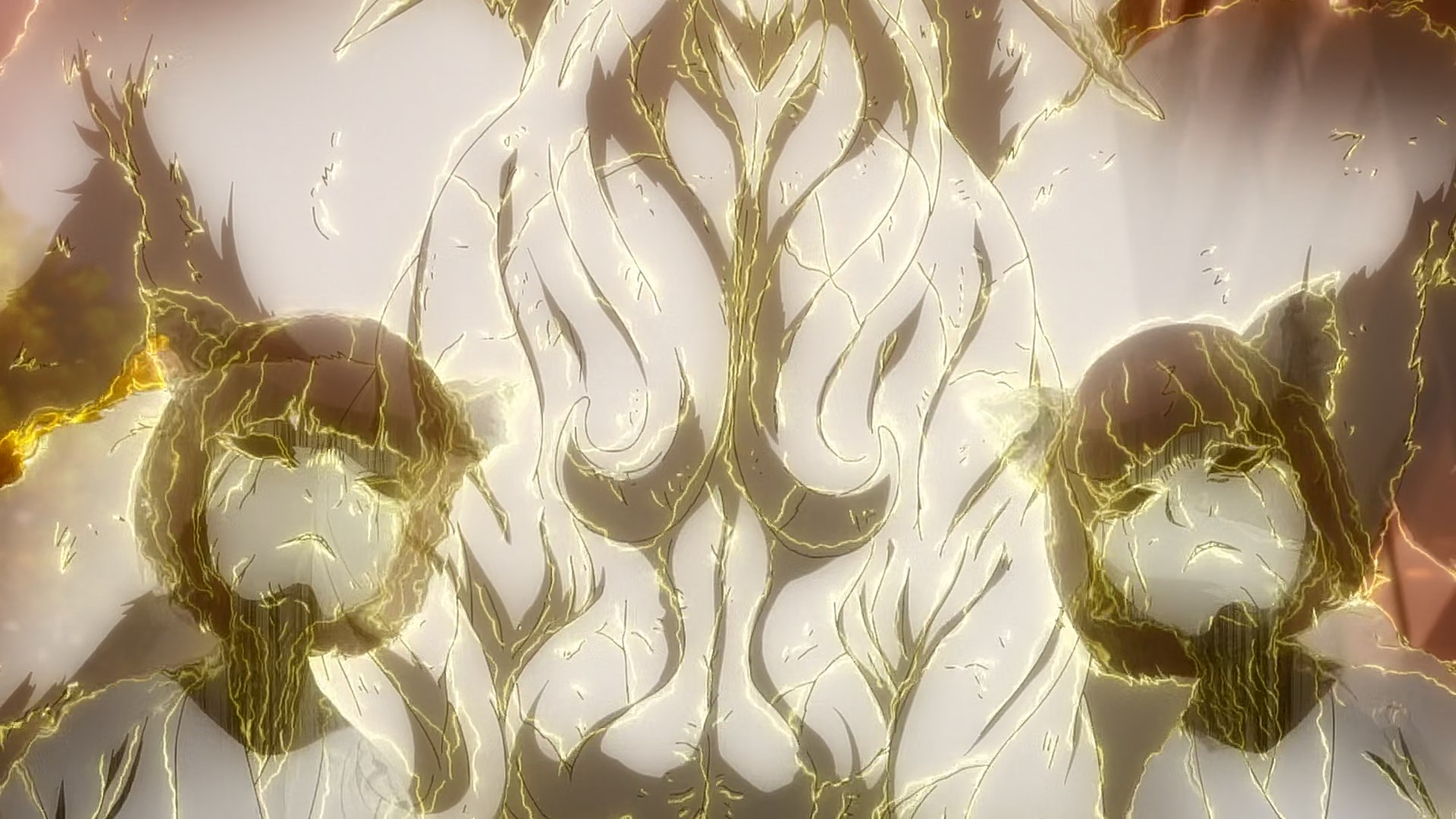