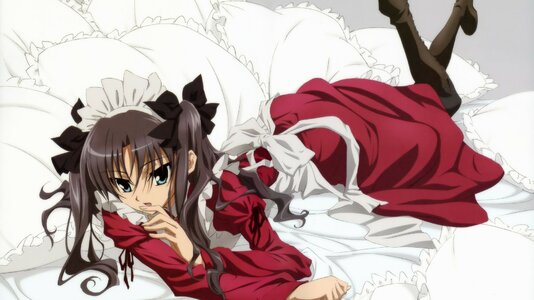 [Picture: Rin Tohsaka-sama. Why?: You need a reason for a Rin pic???? Also obvious name match.]

I hereby present the very first release of MATV's Tohsaka XXII, it is version 1.0.0 Alpha, the first ever version for Xenforo, and the first ever addon that I have packaged up into a release file.

Translation: Its really rough and experimental, don't expect it to work at the moment.

MATV Tohsaka is the name given to the Anime database system that powered the entire anime info side of MATV, it provided the anime series pages, streaming updates, anime updates, screenshot engine, series info etc and basically everything that wasn't the forum. It is literally the entire system behind MATV.

If you have used MATV at all before 2019, or used FTV between 2016 and 2019, then you will know it as the Anime series or Anime streaming pages.

The long name?
The long name looks at bit over the top, so a brief explanation as to why. The XXII are Roman numerals for the version number, in this case 22 which you can likely guess is based on the year.

With this being built as a module for Xenforo, it is required to have a version number for the module which Xenforo can track, which is the reason for "1.0.0 Alpha" in the name, that is the module's version number.

Tohsaka - As in Rin Tohsaka? Yes, but again slightly more complicated, the name of the software came from the name of the server, the server was named after Rin Tohsaka and the name kinda stuck and seemed better than just calling it 'MATV' as the site was already called that. There were also different versions for different servers, which is also why it mattered.

Sooo what does this mean?
The anime database, note database, yes... its a ... database.. with screenshots that we made.... somehow... are back, more features if you are logged in, you know because its alpha software. You can request changes etc in the forum or scroll down.

Seriously?
Yes. It took a lot of work, and it is still VERY VERY borken (deliberate mix of broken and borked) and some of it definitely doesn't work properly yet, but its alive.

Anime updates will start to appear over time, the screenshots for the old DB do not show at the moment because they have not been synced across, that will happen eventually.

The streaming section is operating with what might appear as a sort of cross between amnesia and lag, for newer series it will often show an episode update but then be unable to actually show the series info. I am aware of it and it will be fixed at a later time. Also there is no streaming player yet.
Last edited: Dec 10, 2022
Click to expand...

It turns out that a large portion of the anime series system was still able to operate on a legacy server, therefore we have re-enabled it on that server.

Translation, our old friends the anime servers: Saber, Henrietta, Siesta are back online with their original back catalogue.

Further, our first addition since 2016 has been added, one of our members requested Azure Lane Slow Ahead, you can go watch it now, links are on the front page or under the anime menu.

Please note: The system is working, but it still has some issues which are slowly being fixed over time. Right now this is basically an experiment, we do not know where this will go, if anywhere in the future. If this new content interests you, please do join in the discussion, the forum is looking rather dead and without some indication of people wanting this, it feels pointless to continue with it.

[FTV Awards 5 2009]
Maiku Ando's New Blog - FTV Webzine - My Anime List - On Project IMAS
See My Gallery for the above user bars if you need them
You must log in or register to reply here.