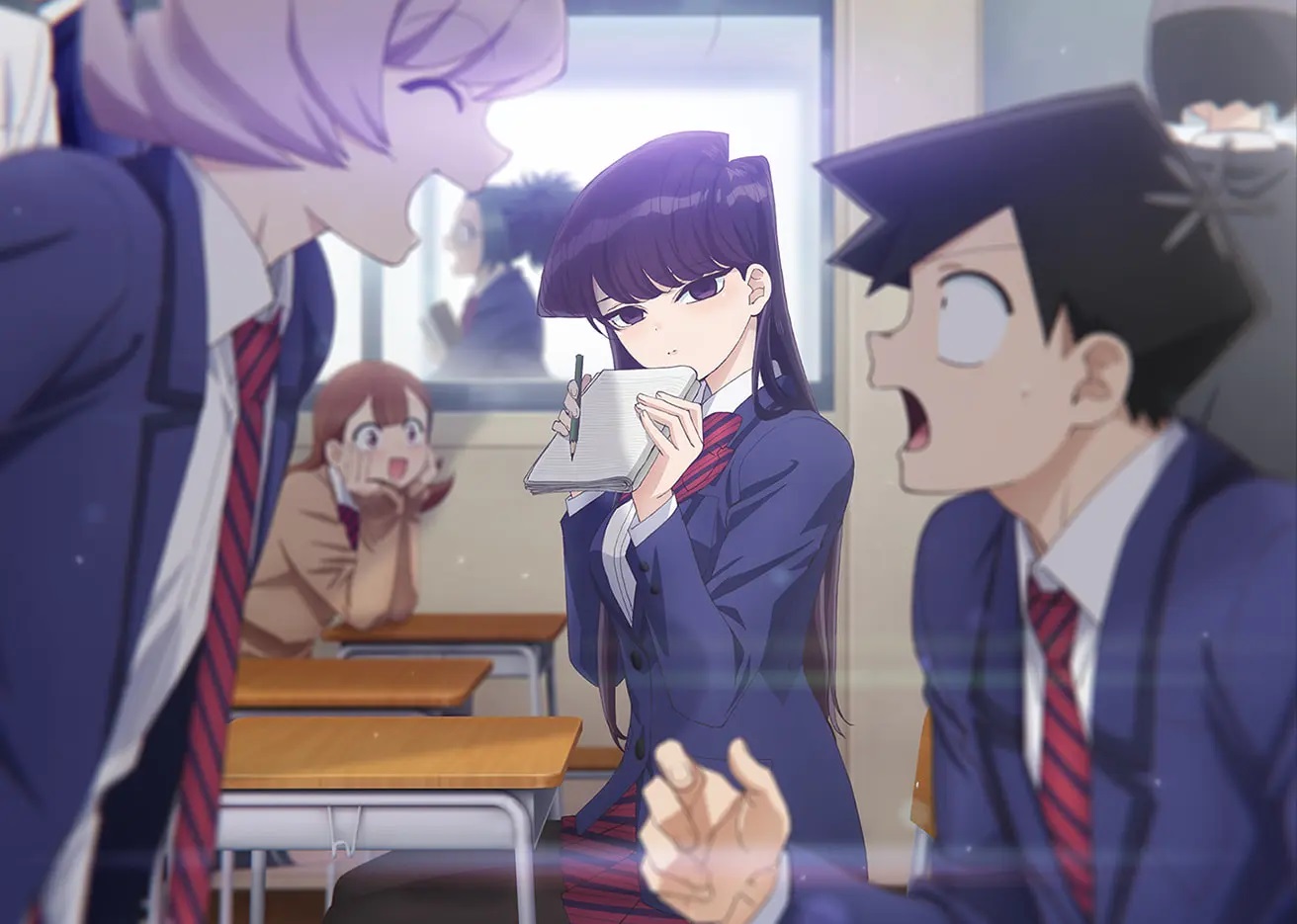 Episodes: 12 Original airing dates: 7th October 2021 – 23th December 2021
Studio: OLM Genre: Comedy/slice-of-life/romance
Recommended audience: Fans of the manga and those that get a kick out of cringeworthy moments!
Trailer:
Background/synopsis:

Komi Can’t Communicate otherwise known as Komi-san wa, Comyushou desu is a slice-of-life, comedy series with a subtle dose of romance that released in the autumn 2021 season. The series centres around Shoko Komi who is the bright star of her class which everyone admires for her dazzling beauty. Unbeknownst to all is that Komi suffers from crippling social anxiety and is incapable of speaking!

Despite this communicate problem, Komi manages to maintain her popularity and keeps her big secret under wraps. That is until the fateful day she is left with Hitohito Tadano who finds out about her difficulty speaking. Vowing to turn things around, Hitohito helps Komi make 100 friends by the time she graduates from high school!

Comedy is a very subjective thing and maybe it is just me but I found the comedy in this series to be seriously lacking. The vast majority of the jokes fail to land and the humour is heavily reliant on Komi’s inability to speak. Now this style of comedy is not guaranteed to be bad for example I did enjoy watching WataMote which had a similar premise with protagonist who suffered from crippling social anxiety. The difference however was in that series we got to hear the protag’s inner thoughts so could relate and perhaps even sympathise with her numerous mishaps which did get pretty cringeworthy as is the case in Komi Can't Communicate. 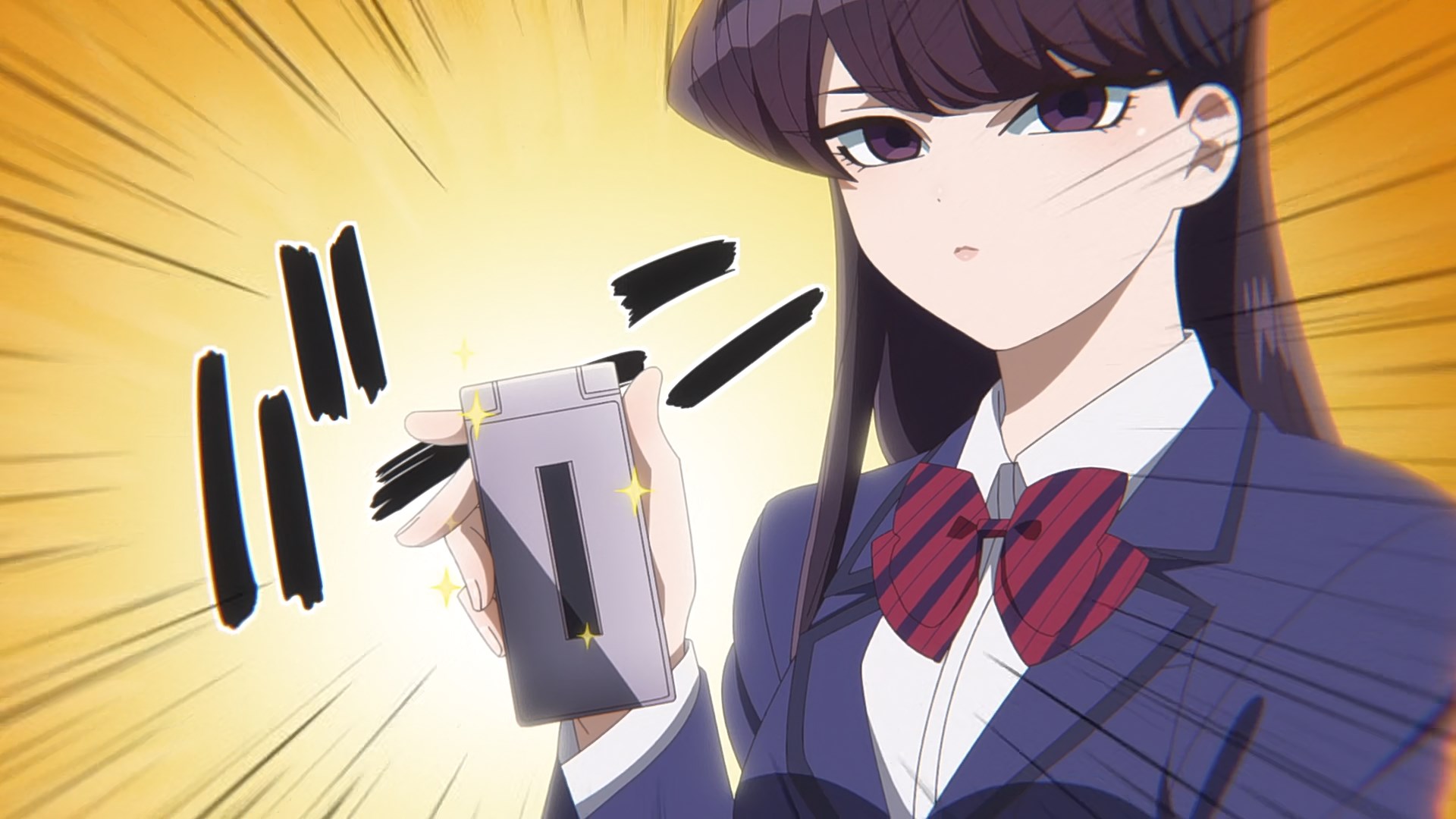 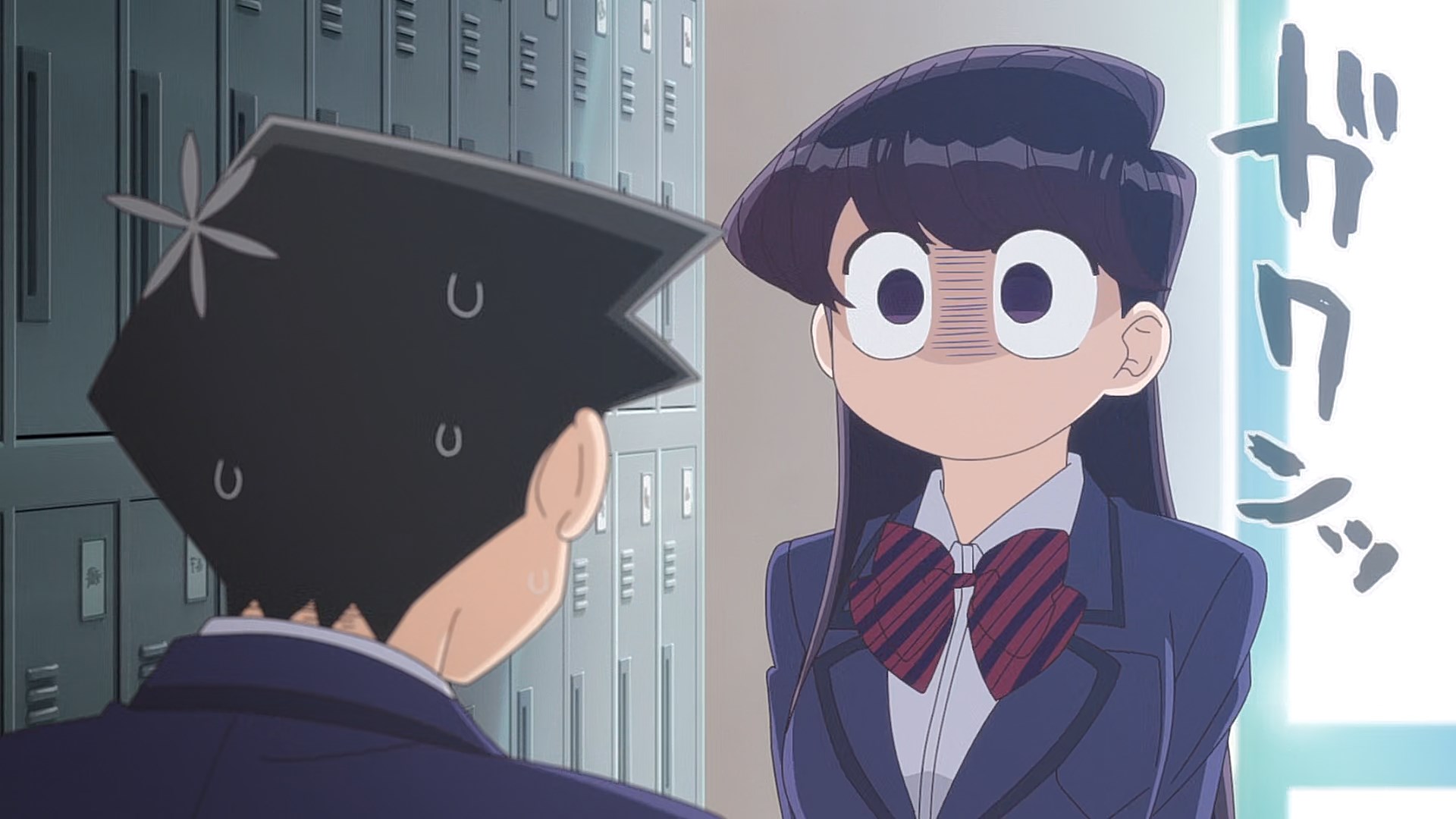 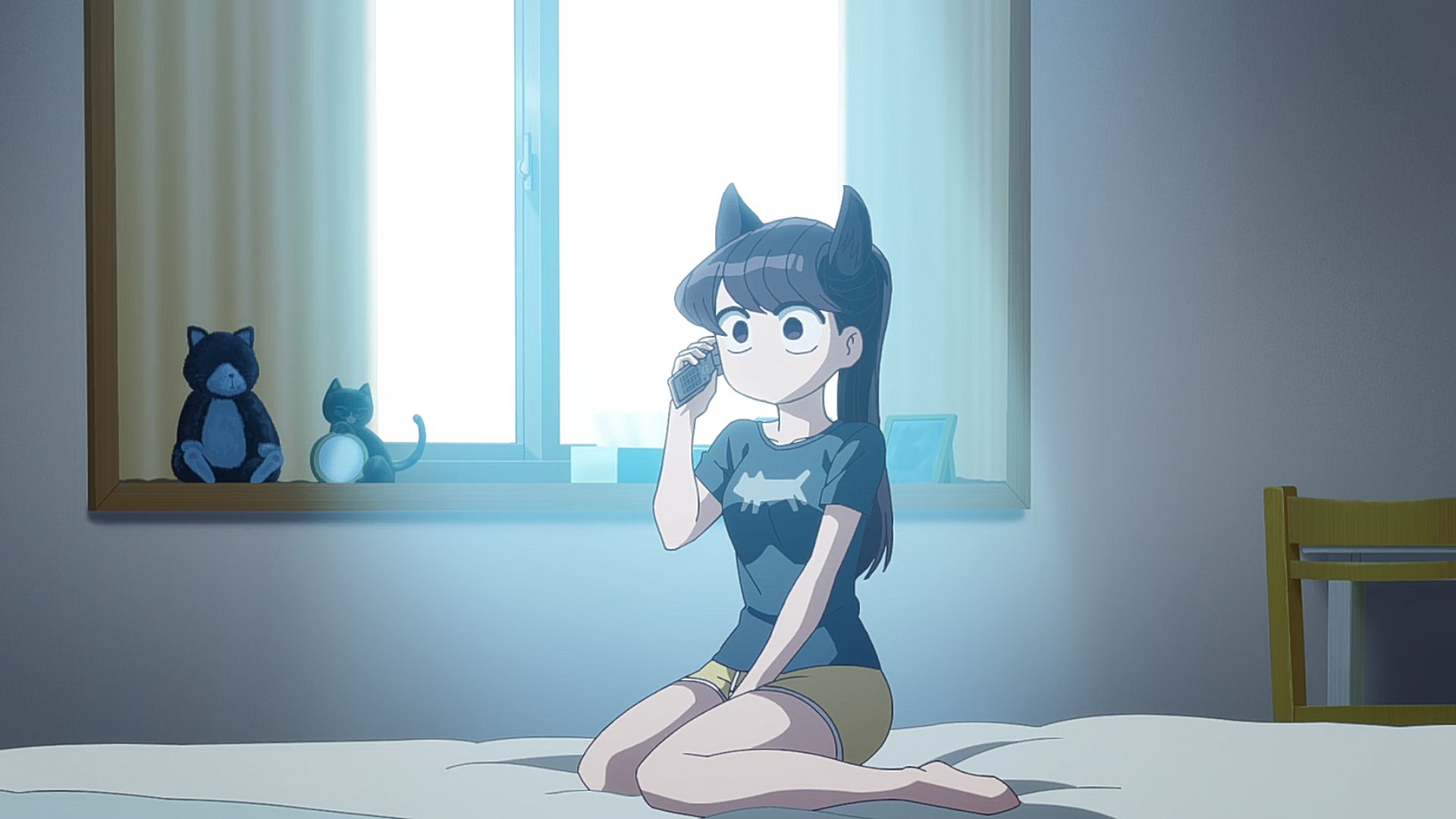 Faces of Komi!​
In contrast to WataMote, we get a more detached experience in Komi Can’t Communicate as we only see Komi’s calamities from a third person perspective of Tadano. It this detached feeling that acts as barrier in us getting attached to her; we could have learned more and even got more laughs by hearing Komi’s inner headspace. This problem is then compounded by the fact the main thrust of jokes is simply to laugh at how nervous and overwhelmed Komi is in any given situation. It is a joke that is repeated to a nauseating degree and the way it is repeated so often almost makes you want to feel sorry for her rather than laugh.

In fact, it is these poor and unfunny jokes that meant I got more joy from the secondary cast. Now I am not saying they are great but they were generally more entertaining than Komi and her partner Tadano. In this class of misfits, we get a girl who is a masochist and loves to treated like a dog and generally likes to be humiliated. Not everyone’s cup of tea but I am sure there are those who would like her. We also get the other extreme of a lesbian yandere girl who has a huge crush on Komi. Yandere’s are always a mixed bag for audiences so you gotta ask yourself if that is your thing. There is more to this wild cast but those are the things that stick out. If you like mad and socially inept characters then you could well enjoy this. 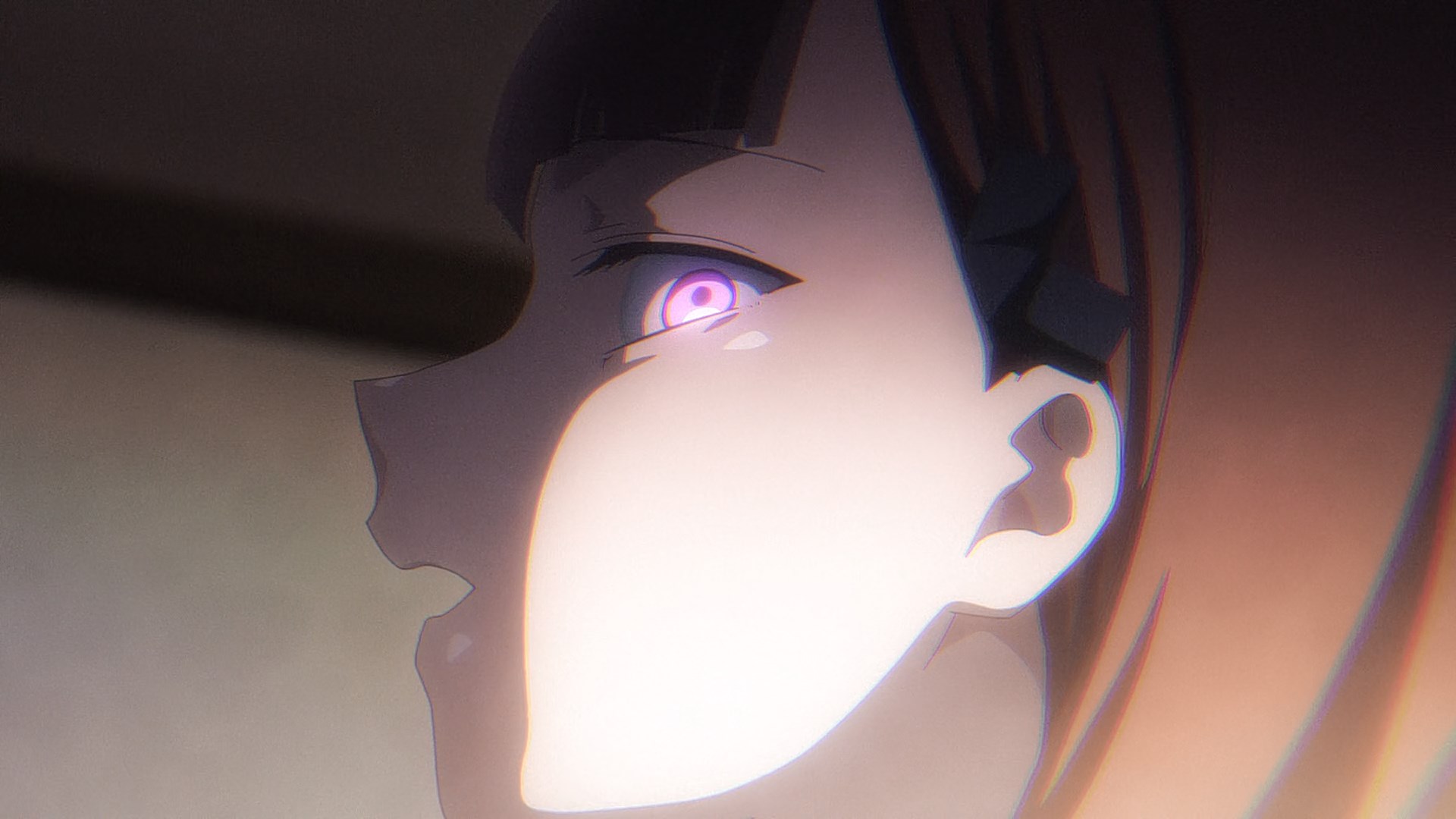 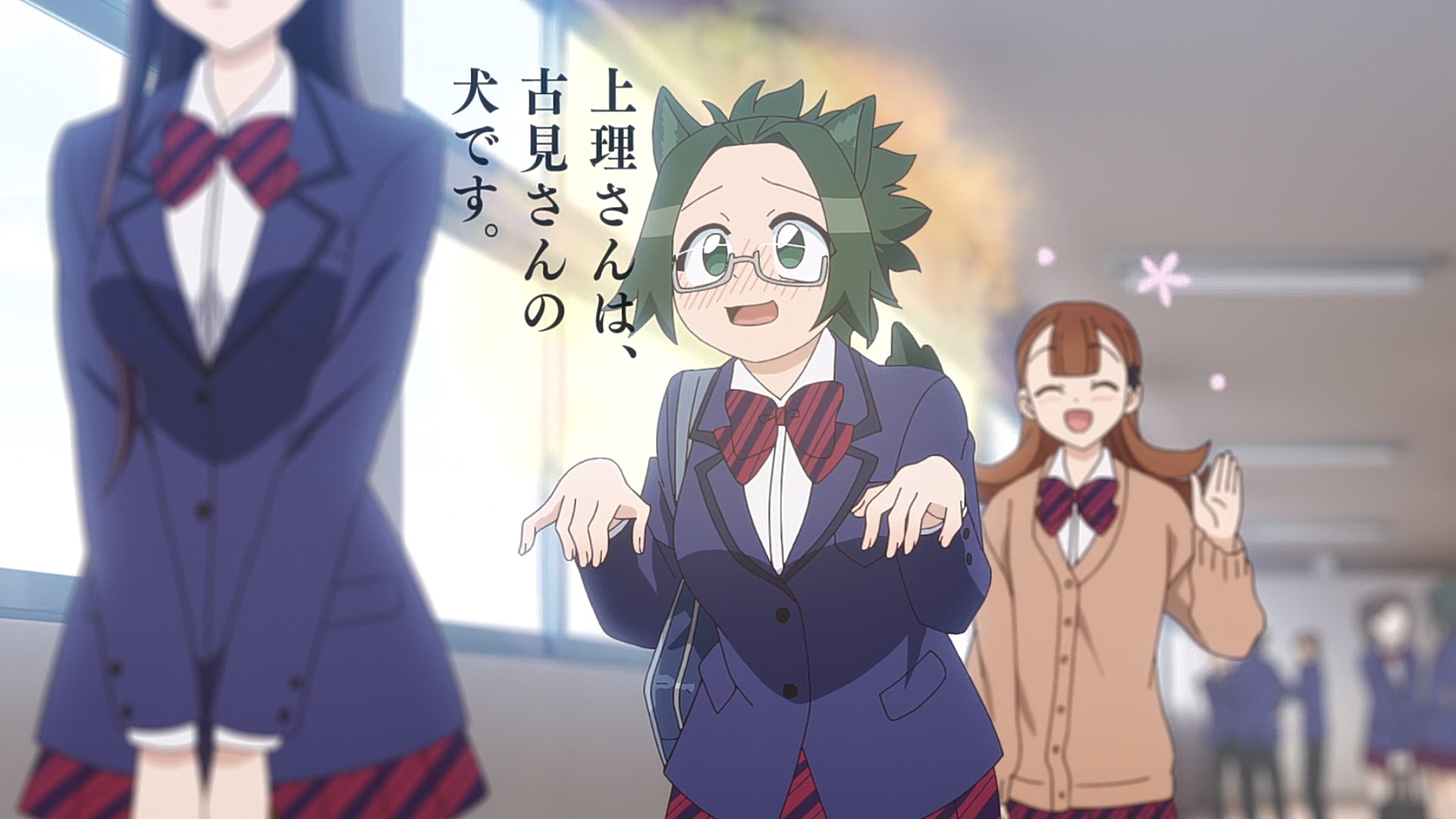 The yandere and masochist!​
This social ineptitude does have its own problems though as we don’t get a whole lot of character growth. It is this lack of growth that means each character becomes a running gag that gets repeated endlessly. But even going beyond the comedy act this lack of growth also has the side-effect of stifling the romantic undertone that runs through this series as it goes all goes at a snail pace. Now, let me be clear that romance is not the main driver of Komi Can’t Communicate but the way it was handled means it will frustrate viewers who are into this.

What is also hard for me to understand was how everyone in Komi’s class could adore her so much. To me Komi is a flat one-dimensional character who is only defined by her great fear of talking. We never get to see what her hobbies or talents she has; she is simply a passenger to ongoing events. This fawning over Komi also had the effect of undermining the basic premise of the show of obtaining 100 friends although seeing how uninspired this idea was perhaps that is a good thing.

Animation in Komi Can’t Communicate is one of its stronger suits and it is this unique panelled feel that seems to draw great inspiration from the manga. It is different and it is great. What is also amusing is the various contrasting styles used to convey Komi’s various expression not to mention her cat ears that depict moments of excitement. It is effective and is a feature that should prove popular to various viewers.

The quality does decline noticeably with the first episodes being clearly superior better than what follows later. Indeed, as we progress through the anime, we begin to see a number of extras getting the no eyes treatment but despite this dip in quality the animation remains decent. If there is one thing that can be said about the use of panelled shots is the volume of text applied which could be perceived as a potential eyesore. I do feel peoples’ opinion could differ greatly here. The opening and ending sequences were good but nothing to shout about. The opening song is "Cinderella" by Cider Girl while series has two endings. The season opener uses "Sympathy" by Kitri while the other episodes are "Hikare Inochi" by Kitri.

Komi has difficulty communicating and I have difficulty understanding how this series is so well liked. The jokes are unfunny and are overly reliant on a very small repertoire that quickly gets nauseating. There is little growth in any of the characters and whilst there are a few wholesome/funny moments it is not nearly enough to save this show.

There are far funnier slice-of-life series out there like Kaguya-sama, B-Gata H-kei, Midori no Hibi and WataMote that make watching this series a questionable affair. Skip this unless you are avid fan of the manga series as this was a poor effort at comedy.

Story 3 – This is a comedy series that was not funny. This show would have fared better if Komi was the primary protagonist instead of Tadano but alas that was not the case. There are a few wholesome romantic moments later on as Komi begins to open up but these moments of joy are punctuated by long periods of drab.

Characters 4 – While the mains of Komi and Tadano sometimes had some their moments, I felt the chemistry between the pair did not more harm than good. It is the secondary cast that add flavour to this series but due to their questionable interests this won’t appeal to everyone. I did find them amusing and the scenes that focused on them primarily tended to fair better than the ones that relied on Tadano or Komi but if you are relying on the sides to carry a show what does that say about the cast?

Animation/music 7 – Has a unique/distinctive style that is likely to appeal to quite a few people. The animation quality is not maintained and does get progressively worse as the series goes on unfortunately. Moreover, the amount of text that plaster the screen could be a deterrent for some. There will be contrasting opinions but props for trying something different.

Overall 4 – The greatest sin in a comedy is not being funny and that was largely what Komi Can’t Communicate was for me. The way this show handled Komi’s social problems was poor and the lack of jokes not only made Komi become a very flat character it also made it difficult to understand how everyone could adore her to such a fanatical degree. It broke my immersion. There are some romantic elements thrown in but it is not substantial enough to get you buzzing. Bottom line is there are better shows out there and my advice would be to avoid this unless you enjoyed the manga. 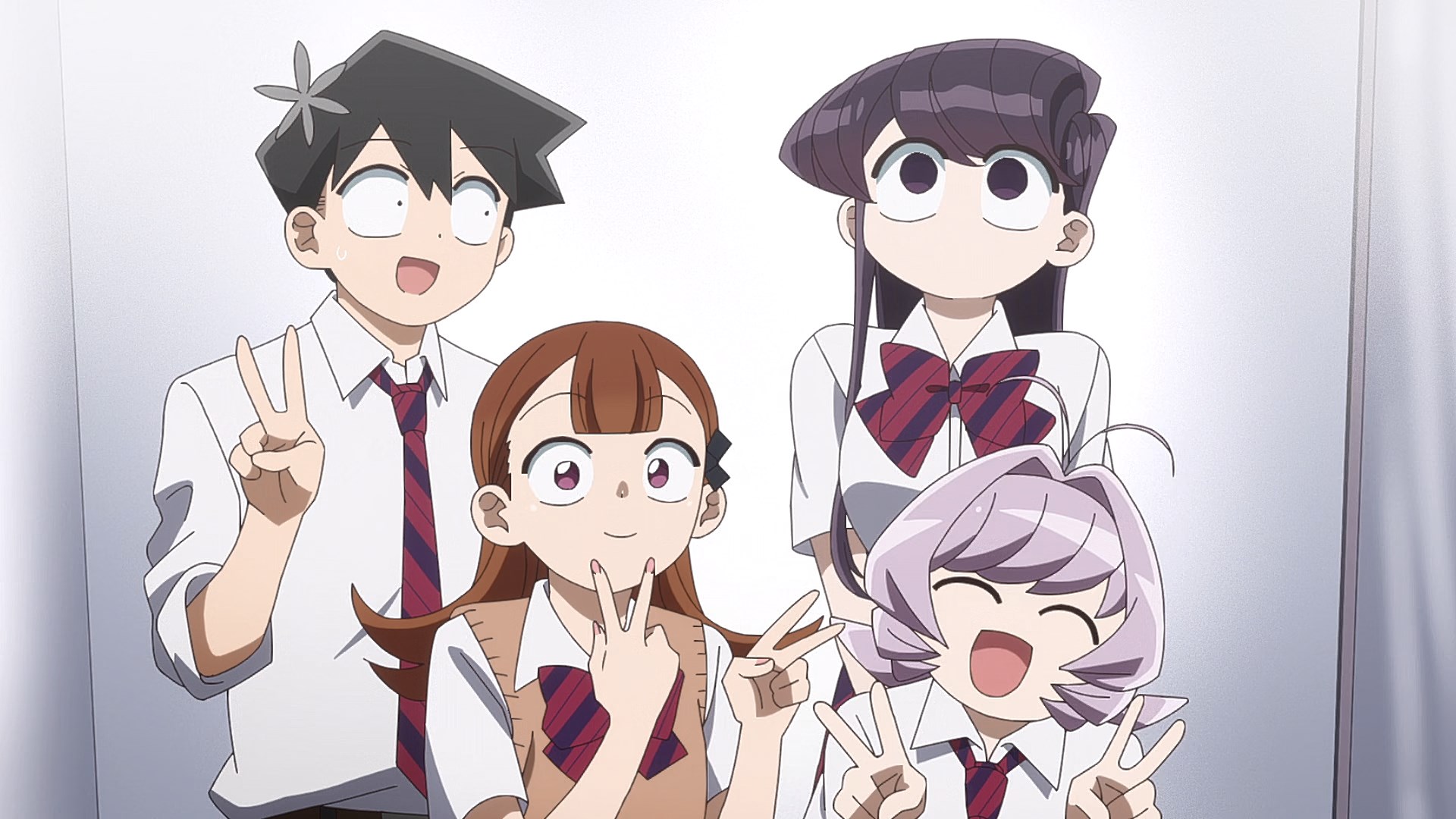 Are you curious enough to see Komi's secret gallery of pictures that she is too scared in talking about? Then click the spoiler tags! 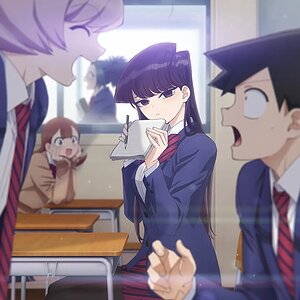 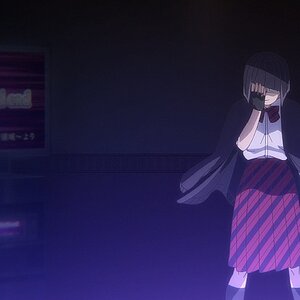 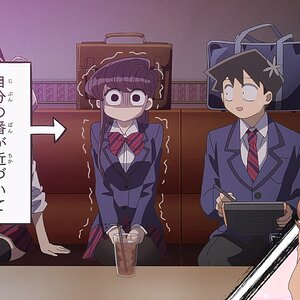 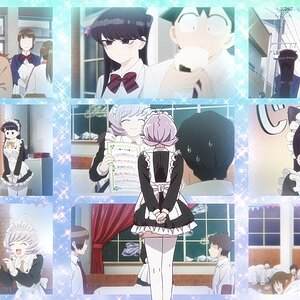 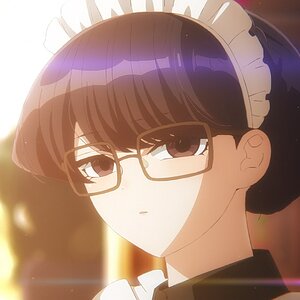 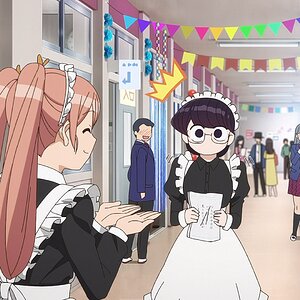 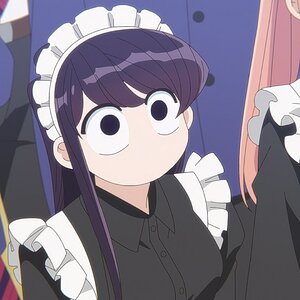 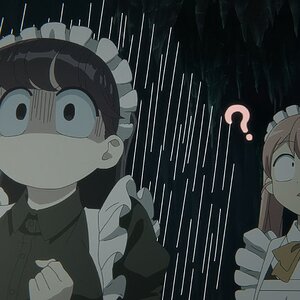 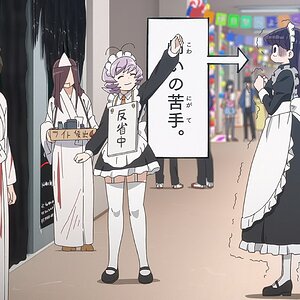