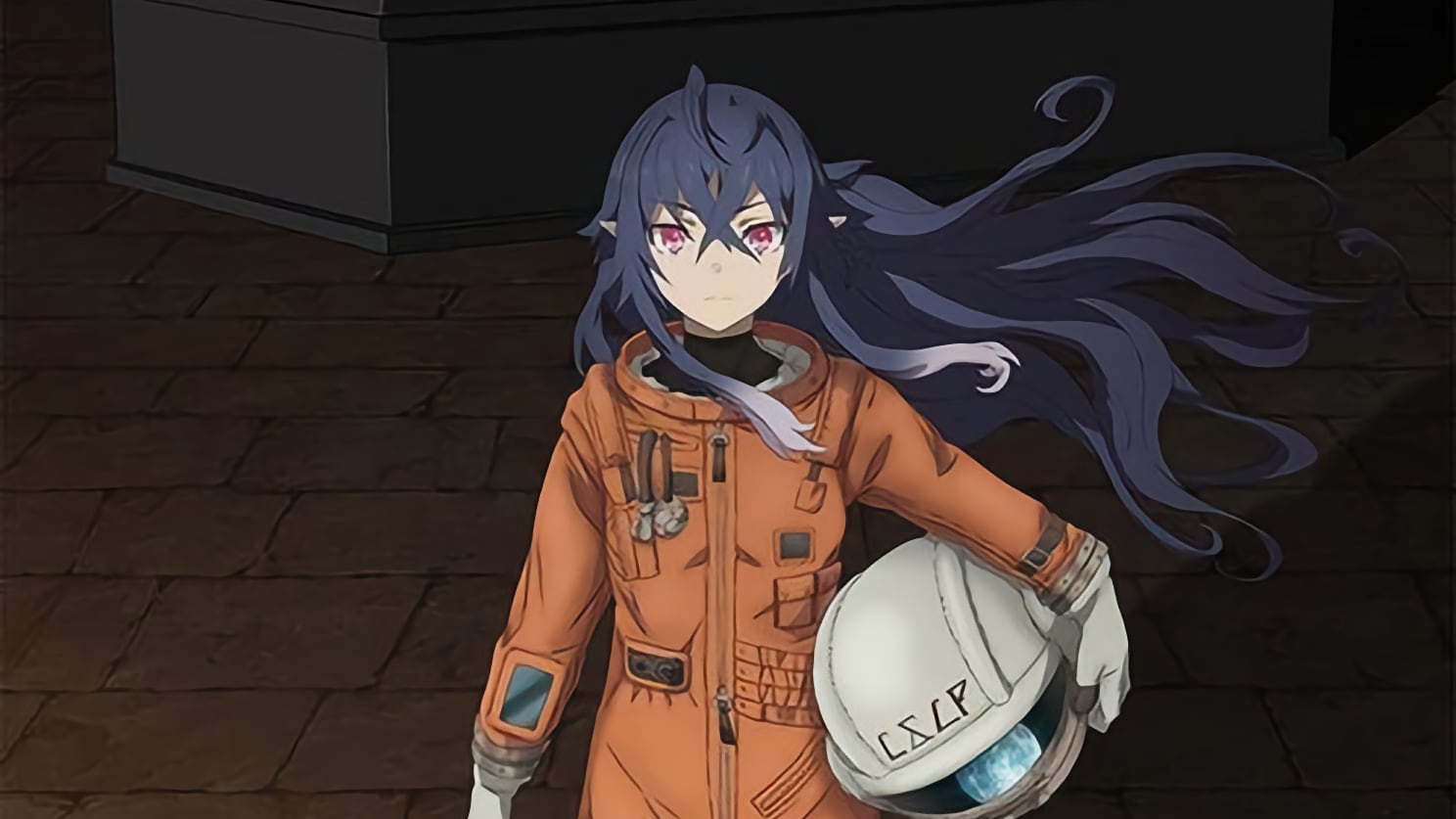 Irina: The Vampire Cosmonaut also going by the title Tsuki to Laika to Nosferatu is a historic/sci-fi romantic anime which is an Avro Animation works and was released in the autumn 2021 season.

The series has got a whacky premise that blends real-life elements with some fantastic twists. The series takes place in the Cold War space race era where the Federal Republic of Zirnitra (USSR basically) competes bitterly with the United Kingdom of Arnack (supposed to be the US) to send the first man into outerspace.

Knowing the great risks of sending a man to space, and fearful of what the death of a cosmonaut would do to Republic’s reputation the country decides to send a vampire named Irina Luminesk in secret to test the viability of their new dangerous rocket technology. To ensure her training progresses smoothly a promising space cadet named Lev Leps is assigned as Irina’s handler. Will Irina make the grade to become a cosmonaut? Will her mission become a success and what will be her fate be even if her mission is a success? 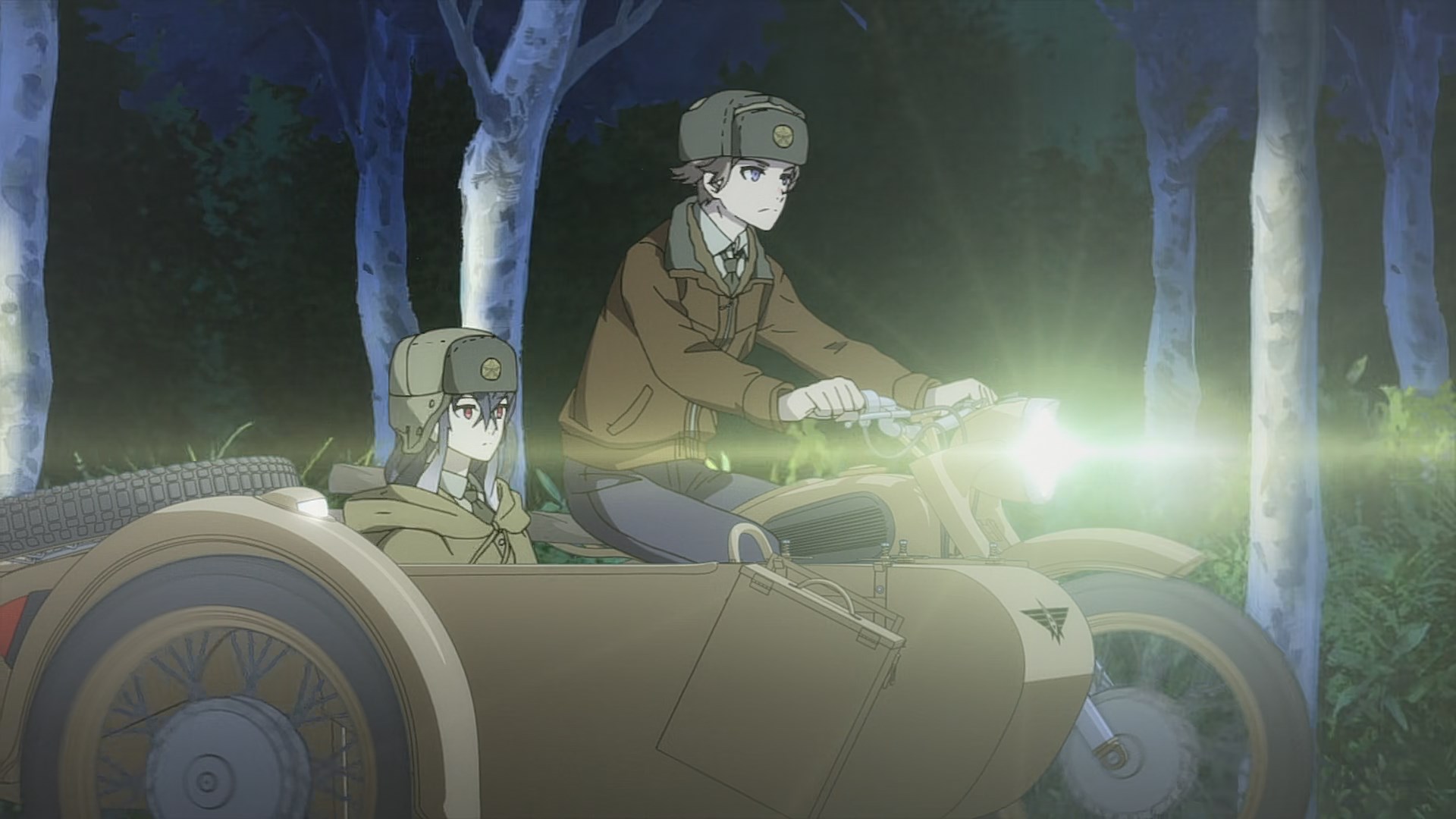 The premise to Irina: The Vampire Cosmonaut is outlandish and watching this series requires one to suspend their disbelief over the idea of inserting a vampire on an otherwise realistic storyline. Not everyone can achieve such a feat and this premise is bound to turn people off. It was not an issue for me as I have learned anime can get a little wacky and hey! So long as all the craziness is provided right at the start, I am willing to give it a go!

If you can overcome that obstacle then you will be surprised at how closely this series follows real events of the space race. This adherence to facts is made clear in the first episode as we are told the true fate of our unfortunate dog Laika who perished early on in her Sputnik-2 voyage. These little details are not limited to this fact however and if you play close attention to events and characteristics of certain individuals then you will find there are startling similarities to their real-life counterparts and events making this a series most suitable for space anoraks who are aware of all the finer points in the space race.

As such outside some big creative decisions this is largely a hard science fiction story so don’t expect any glaring departures from reality outside the big elephant (vampire?!) in the room. Due to this realism a lot of the early episodes in this show are devoted to Irina’s cruelling training regimen that as time progresses gets increasingly harsh. Again, many of the events seen here are stuff the real cosmonauts did before flying into space.

Now the concern many will have with “training” episodes is they are often dull affairs that are a necessary evil to watch before getting to the good stuff. Fortunately, this isn’t the case here as much of the training is used effectively to capture Irina’s growth and subsequent development for she doesn’t just grow physically but mentally as well as the trials and tribulations cast a spotlight on her various strengths and weaknesses. 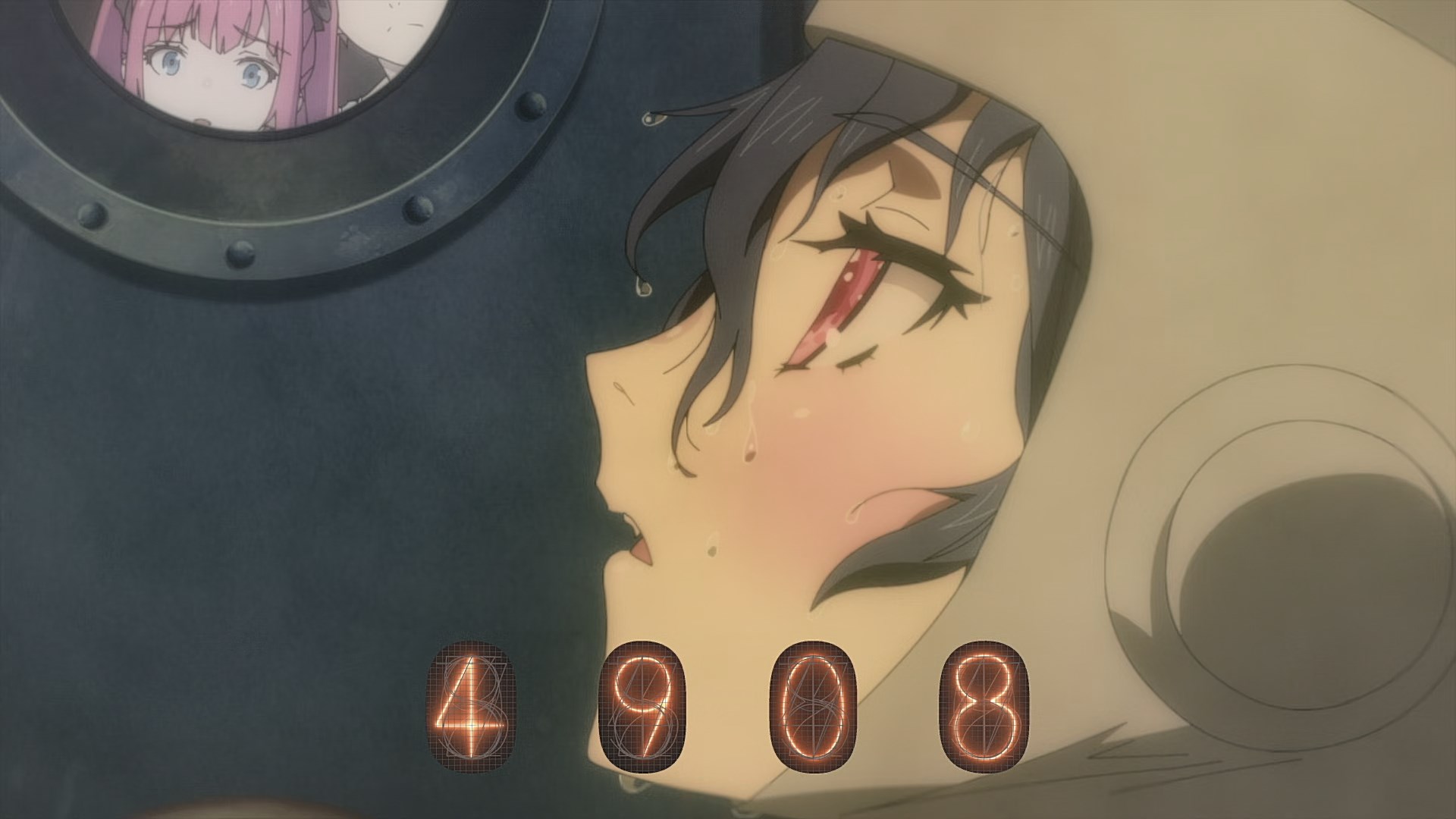 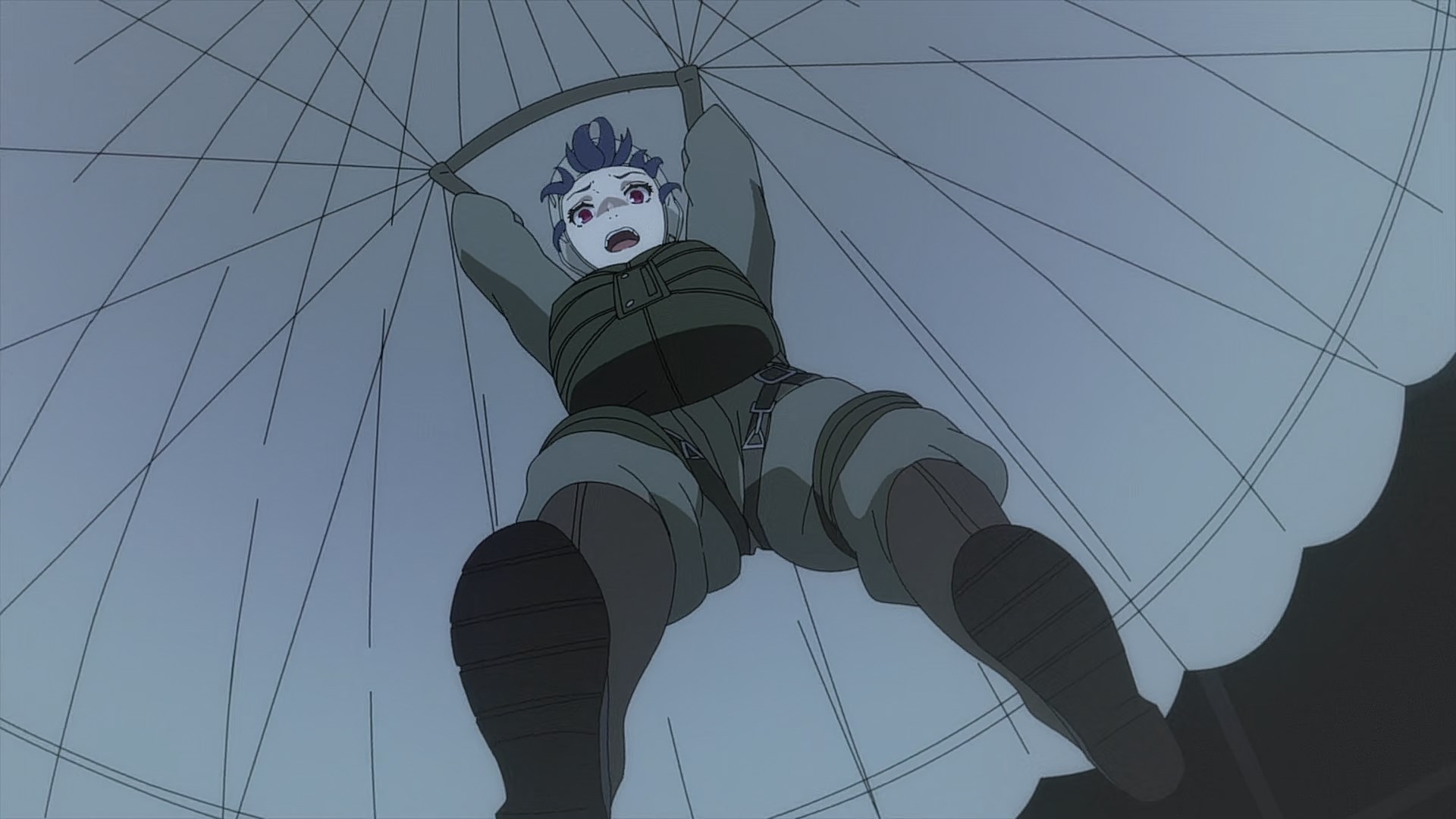 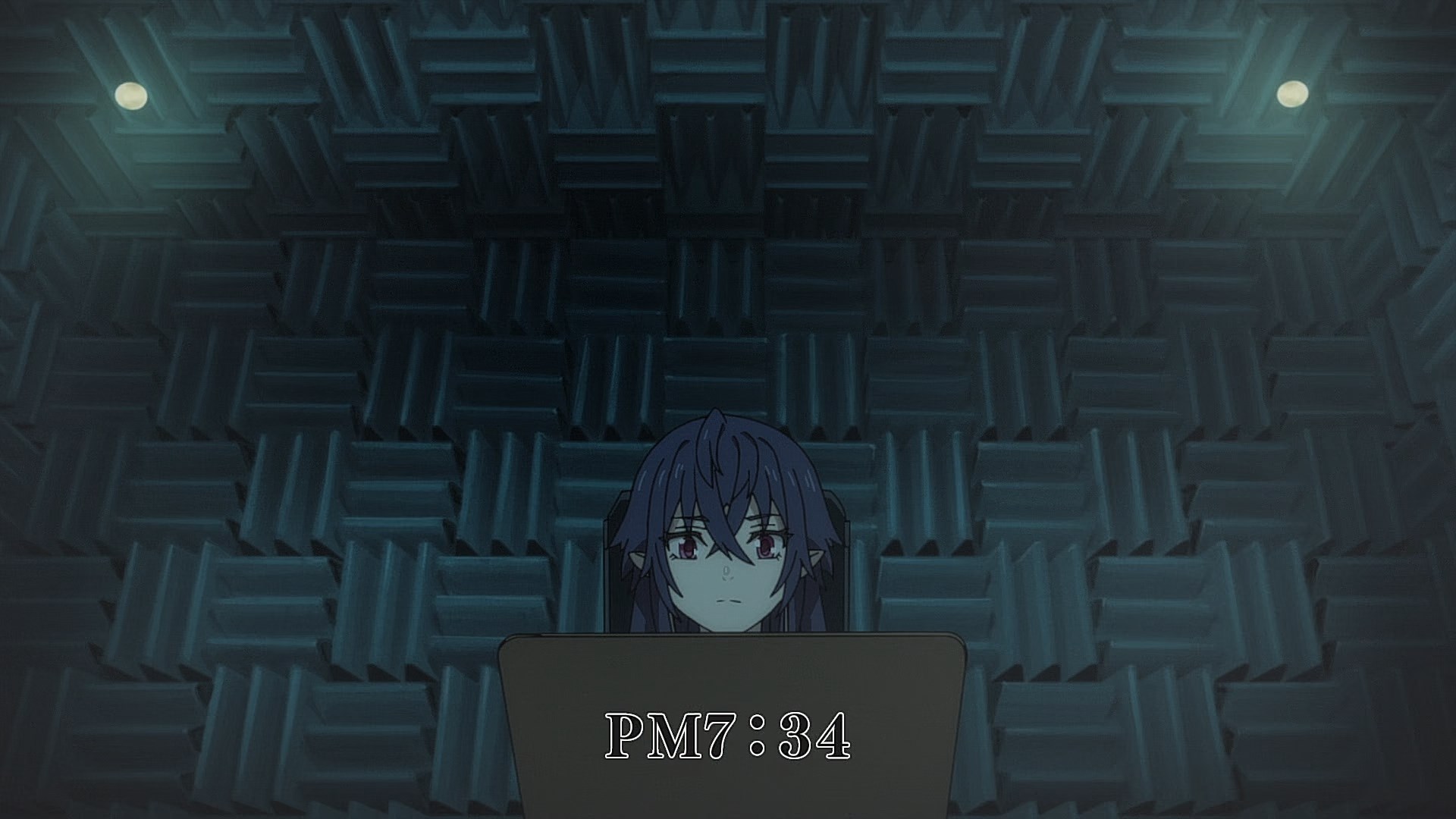 This arduous journey also enables her main handler to slowly develop a teacher-pupil relationship that naturally goes from a relationship of relative distrust to that of mutual respect. It happens slowly but is done in a convincedly manner as the way Irina overcomes her weakness is tackled in a believable way adding potency to the budding relationship.

Naturally as the big day slowly approaches the drama escalates as a number of events are thrown in adding a sense of unease to the overall show. On top of that, various ominous hints concerning certain characters are dropped. All of this is then underscored by the fact many of the characters vying for glory are ruthlessly competitive to becoming the top space cadet. This combination of events means we are left wondering over the fates of not just Irina but also Lev. 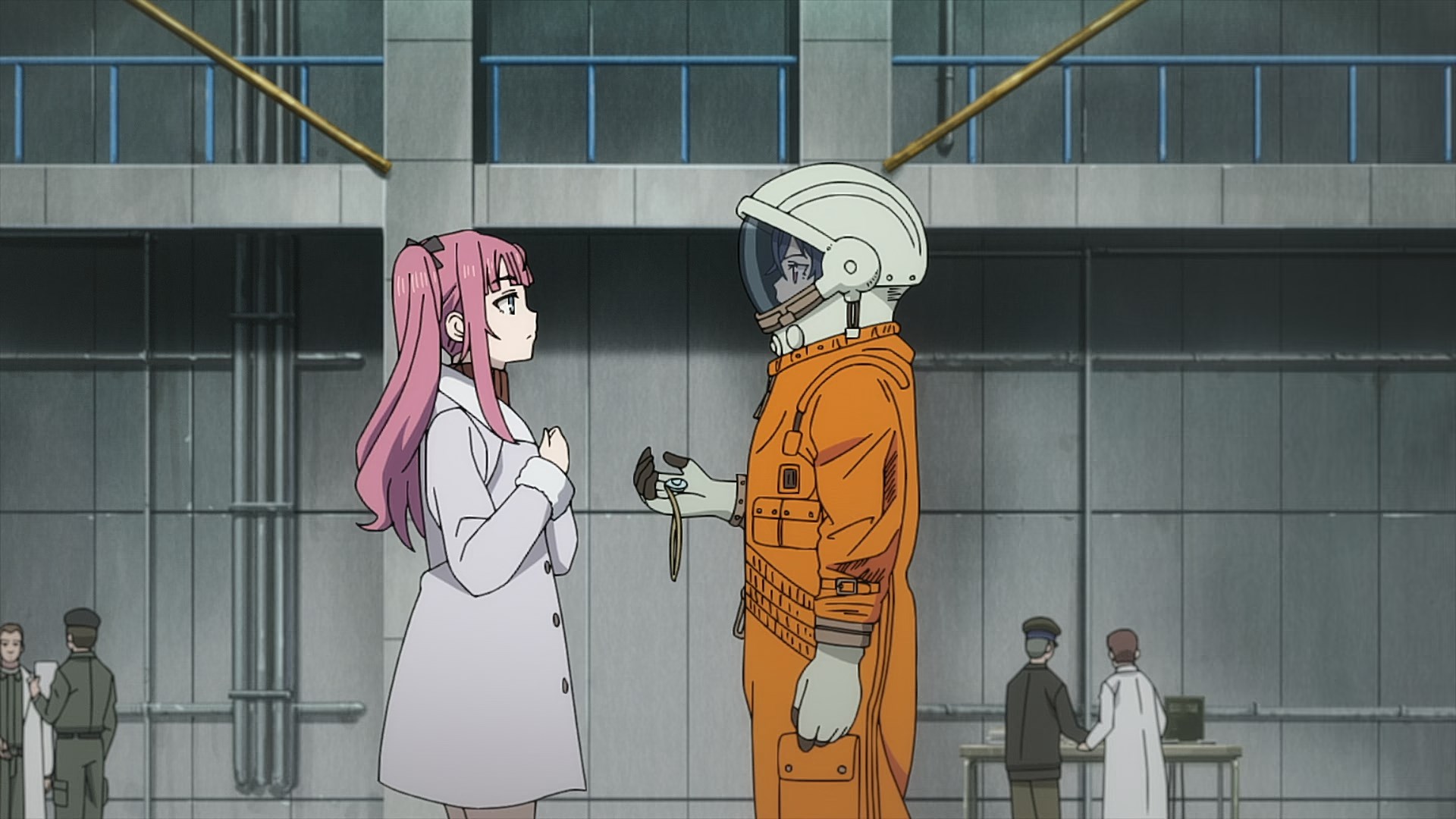 This all culminates in the natural big event when Irina is shuttled into space and we are left pondering not just the outcome of her mission but also the ramifications that come from it. What comes next is perhaps the part when the drama reaches its final crescendo as we learn what is the ultimate fate of not just Irina but also her compatriot Lev. Emotions run high as not only are we left guessing on the motives of some key individuals; we are also unsure how even Lev will react to the unexpected situation he finds himself in.

These loose threads, even though hinted at are never really resolved until the final moments in the anime when it decides to throw down all its cards. It is in many ways breath-taking and is likely to stun people. I personally thought it was brilliant but then I could see this rubbing people the wrong way. What I can say is it is no ass pull ending as all of the actions in this final scene had been hinted and foreshadowed in earlier episodes. It is cleaver and is a clear case of keeping tabs of on-going events and never make any rash judgements.

This series draws heavily from the Soviet Union’s Vostok space program with the rockets and capsules depicted being an exact copy from its real-life counterparts. Most of these pieces are represented in CGI but it is done in a way where it fits well with the rest of the animated scenes. Computerised imagery is also deployed in some of the motorcycle and training scenes but again this is done with a degree of skill so it is never an eyesore.

Character models are good and this was used particularly well in conveying the various emotions of Irina who, I must admit was the star of this show. This means of conveying emotion was also effectively used on other characters adding a greater impact to various key moments. The opening and ending animation sequences are both strong also. As for the music, the opening and ending where both decent but I found the ending song "Arifureta Itsuka" by Chima to be the stronger of the two although "Hii no Tsuki" by ALI PROJECT was also a good effort.

This is a hard sci-fi series that while taking some extreme liberties in certain areas does follow the events of the space race with a remarkable degree of accuracy. If you are space buff who is well versed in events then you will get an extra kick out of seeing the similarities between the anime and the real Vostok space program. Saying that these accurate subtleties are not key to the plot so people less versed can still enjoy the story for what it is. And what we do get are a good number of strong points.

The plot, on the whole, is very strong as whilst things do not get off to a flyer, things get better as the stakes slowly increase and this all culminates in a strong finish that will leave many very satisfied. Better than that though is the strong mains of Lev and Irina who are both strong individuals with a great drive that is easy to admire. They don’t fall under the classic anime tropes and the fact neither falls into the Mary/Gary sue archetypes either means we are not rolling our eyes on how perfect they are. It is this great yet flawed characterisation that makes them such powerful characters that it is not only easy to root for but also makes it effortless to understand how the various side-characters can appreciate the manner and type of goals they pursue.

If you are a fan of realistic sci-fi stories with a good dose of romance then there is a very good chance you will like this. To me, it is one of the surprise hits of the autumn 2021 that I would recommend viewers to see. Good plot, great characters and lots of enjoyable moments make this a breeze to finish!

Story 7.5– The outlandish premise got me interested but the good story got me hooked. The sense of realism of actual events was a big boon but the definite strong point comes in the second half of the series when all the drama goes up a notch. The strong ending ensured this series left a lasting impression.

Character 8.5 – It is not often that the two romantic pairing are both as strong as this. While we could argue Irina does have some tsundere tendencies her tenacious nature and ability to follow her dreams regardless of what people say or do is admirable. Lev also comes to his own which is a welcome change to the spineless male MC that are so pervasive in anime. The supporting cast are also strong adding an extra oomph to the story at all the right moments.

Animation 7 – Character models are strong and the various expression of the characters was often amusing particularly for Irina. The CGI used for the various rockets, motorcycles and infrastructure whilst noticeable is done well enough. This is accompanied by some pretty solid opening and closing sequences in both the animation and musical department.

Overall 8 – Biggest stumbling block is the wild vampire premise in an otherwise realistic space-based plot. If you can overlook that bombshell then you will likely enjoy this series especially if you have a penchant for science and romance. Lots to like here and with the good ending I feel many people will enjoy this series. One of the silent hits for the 2021 autumn season. 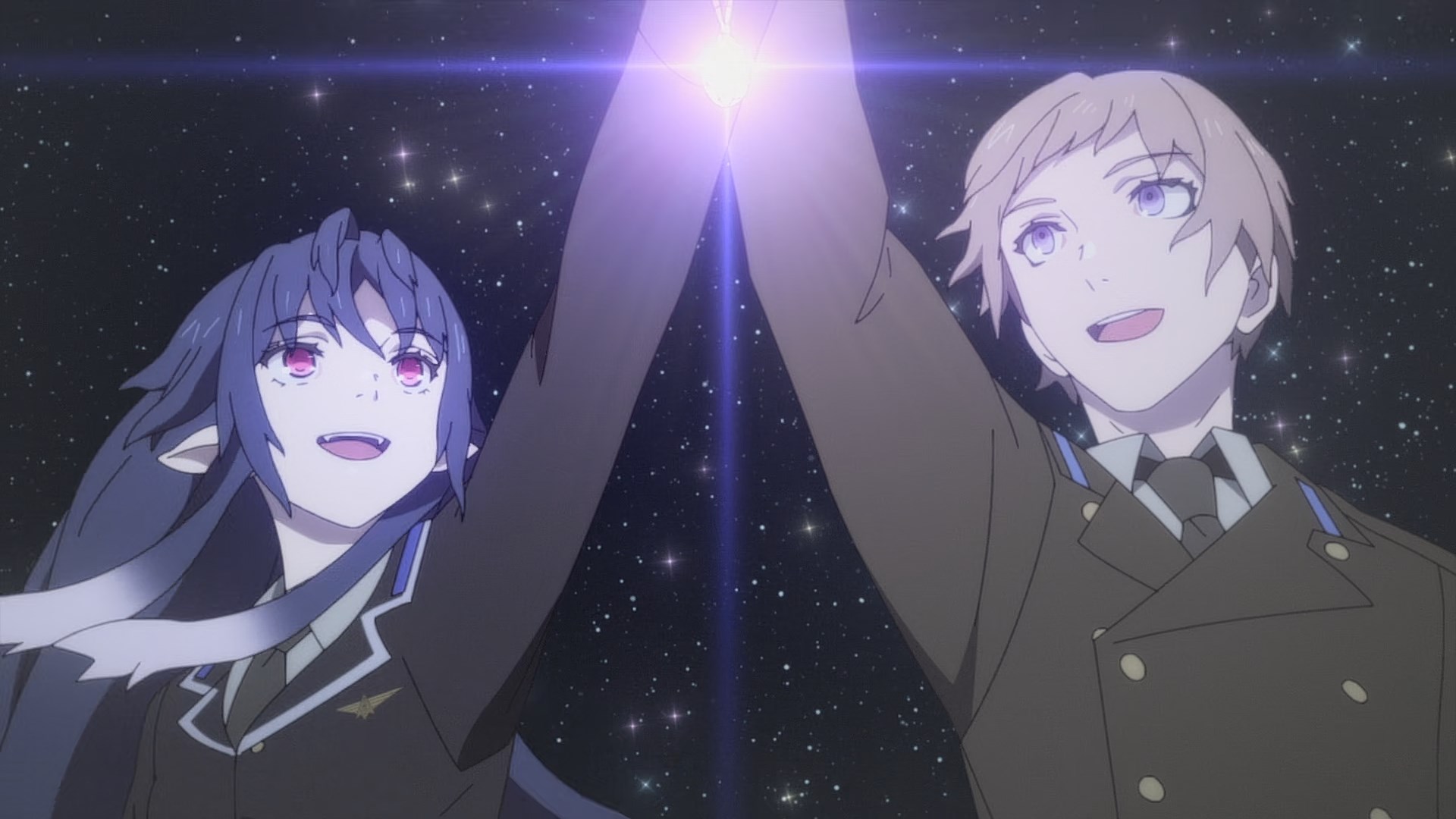 Wish to travel to the final frontier? Then check out the Irina: The Vampire Cosmonaut to see some true wonders! 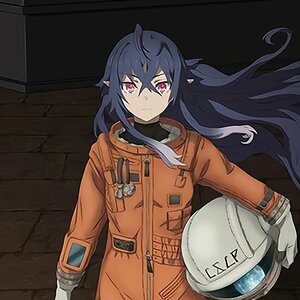 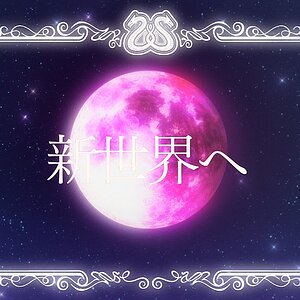 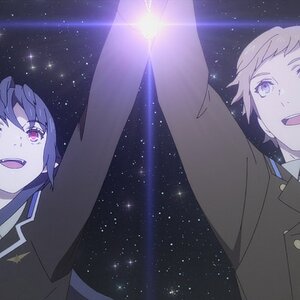 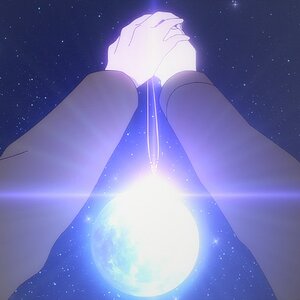 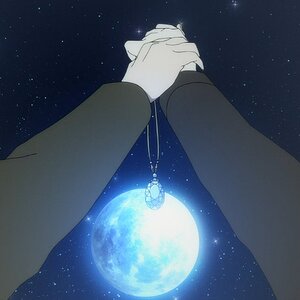 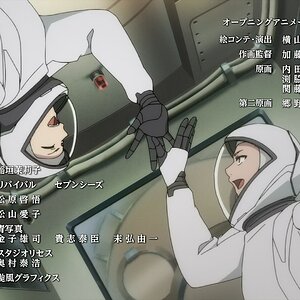 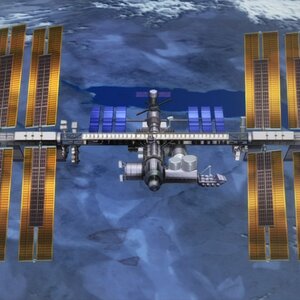 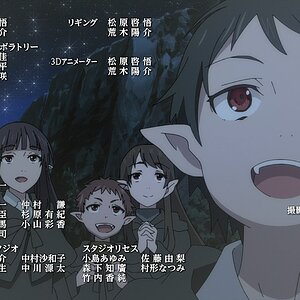 Tsuki to Laika to Nosferatu