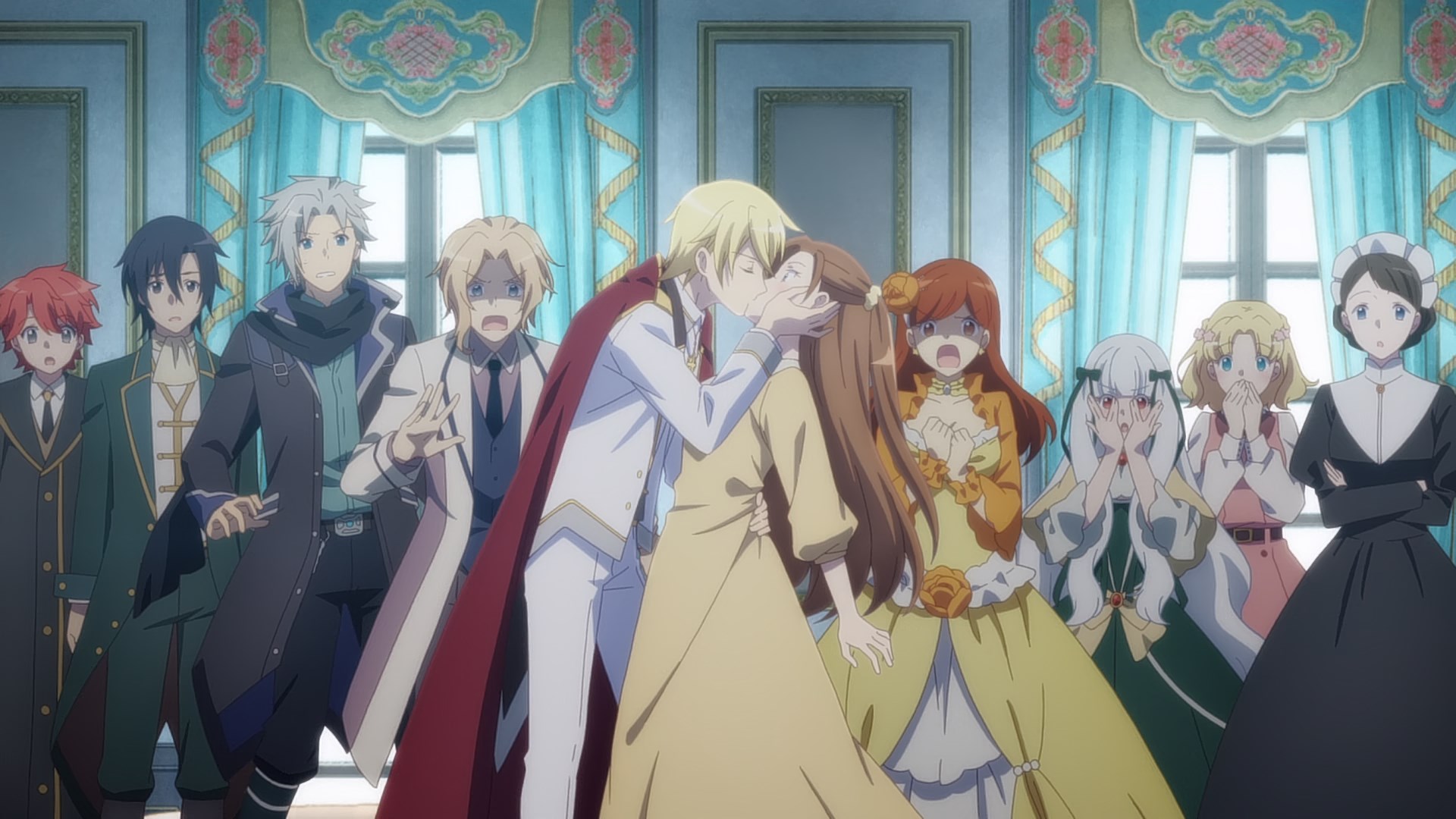 My Next Life as a Villainess: All Routes Lead to Doom! X otherwise known as Otome Game no Hametsu Flag shika Nai Akuyaku Reijou ni Tensei shiteshimatta... X is a shoujo comedy/harem fantasy series. This is the sequel to the first season which aired in the spring season of 2020. If you wish to read the review for the first season, please click on the link below:

Season one: My Next Life as a Villainess: All Routes Lead to Doom!

The other big reason I would recommend watching season one first is that, for the most part, season two follows the same sort of trajectory when it comes to its comedy and plot progression. Therefore, if you like season one then it is highly likely you will also enjoy this second season ditto if you disliked the first season.

This leads me to the next point in that this season tackles the comically large harem that came before and the ensuing shenanigans they get up to. However unlike before the dangers of the “doom flags” is less of a looming threat. This lack of imminent threat could be a point of contention as those doom flags where one of the big drivers of the story last time around. As a result, this series is more dependent on its comedic moments to carry the show.

For the most part All Routes Lead to Doom manages to deliver on its comedy with the main highlights being an early skit at the beginning of the show plus a dream sequence that occurs later on. Both episodes were very amusing. However not all the jokes and gags hit the mark and like many comedy series, there are times when All Routes Lead to Doom relies on repeating the same jokes we have heard over and over. What is more, I felt there were times that the show relied a little too much on Caterina acting dumb to fuel all the confusion and drama. 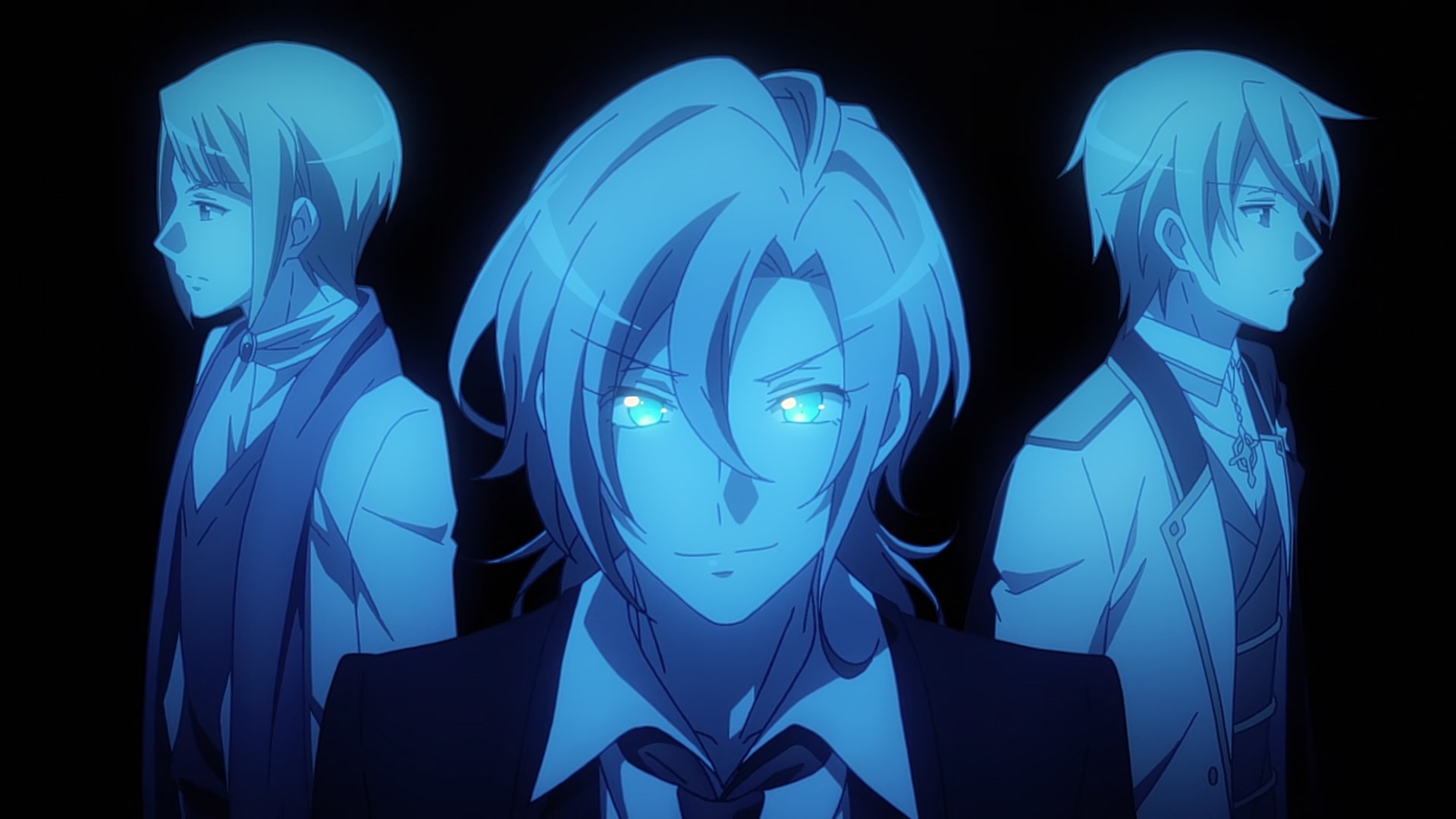 What this season did a better job was in delving into the world of dark magic that featured in the climax of season one. I found the bits that focused on this point to be more enjoyable as not only do we learn about the dark magic power; it was also a time we got hints and insights into the political intrigue that occurs in the Fortune Lover world. This extra point is particularly nice considering most of the main cast are from the nobility class which was a bit of an odd omission from the first season.

Speaking of the plot, the final climax for the season ends on a decent but not stunning note. I don’t like making spoilers so I will keep this vague. I believe some people will dislike the direction taken given what was seen before. It is this recurring plot point that could drive people to think the series is losing its originality. However, in my eyes, there is enough variation in this ending to keep one interested particularly if you consider the impact that the new characters have and what these events lead to. What the ending does deliver on is the way it lays the foundations for the upcoming movie sequel. 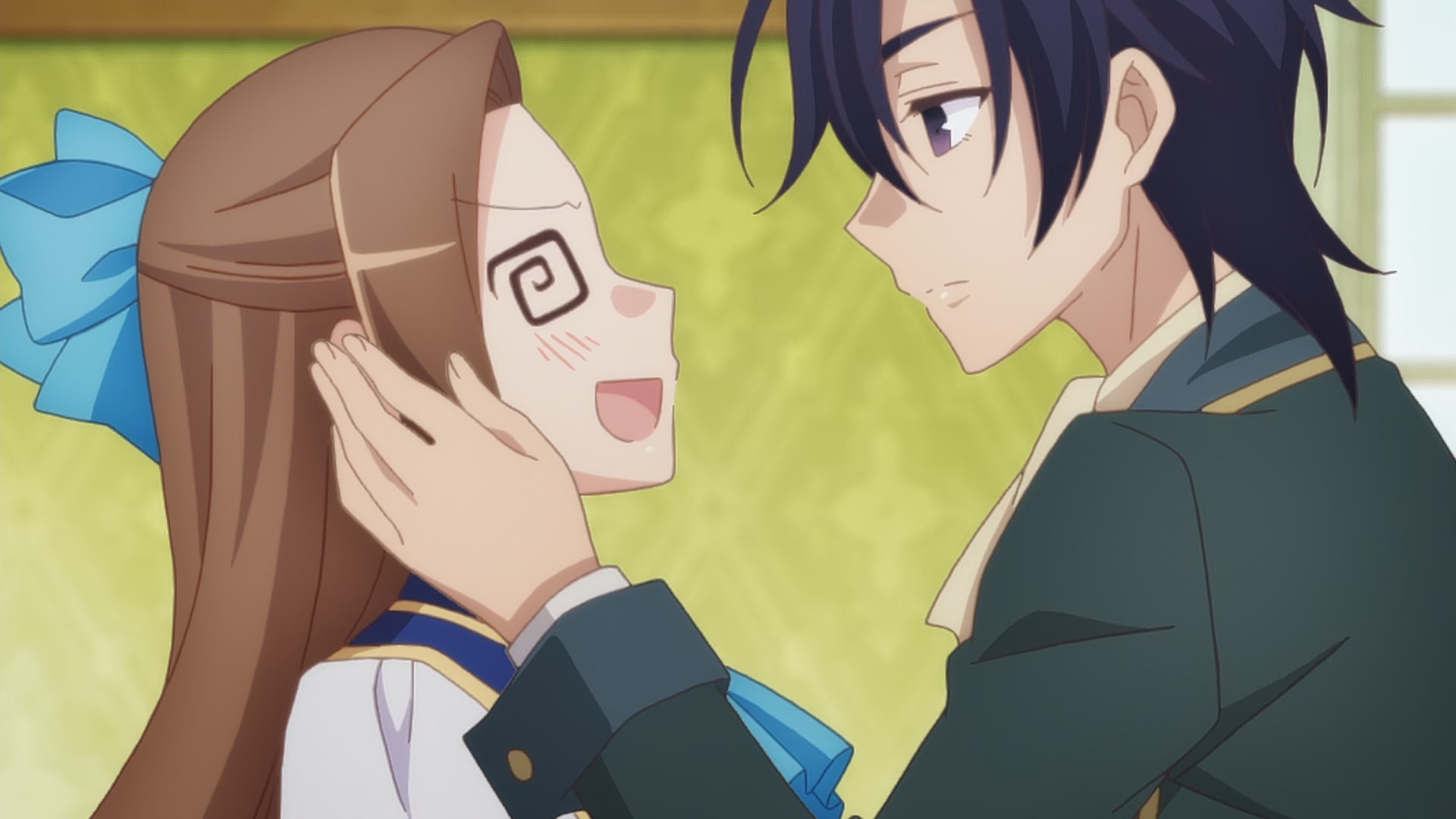 In terms of character development, we do get some from the main cast particularly on the male side of things. Unfortunately, the same cannot be said for the girls who got less dedicated screen-time. What still remains a strong point for the series however is the character dynamics and personalities of the characters. Each character reacts to one another in a unique manner and this show does a good job in avoiding this turning into Caterina and company type of show. All the characters leave their own mark and there is enough variety in the casts personalities that you will not get bored and will likely enjoy some of the antics they get up to.

As for Caterina, she remains as charming as ever and is someone I feel still enjoy watching. The only bugbear I would have is that there were large periods of time when she acted completely oblivious to characters advances that were blindingly obvious. Yes, she was never depicted as the sharpest tool in the box moreover it was explained she lacked romantic experience. Still despite those explanations some of the moves made on her were so obvious it beggars’ belief how someone could be THAT dumb.

The animation for the All Roads Lead to Doom! X shows a marginal improvement over season one. This better animation isn’t so much about the quality being higher rather it was just a case of being more consistent. The drops in animation quality were less noticeable this time around and the frequency of these drops was less. In addition, the musical score shows an improvement over season one. The opening song is “Andante ni Koi wo Shite!" by Angela while there are two ending songs. These are "give me ♡ me" by Shouta Aoi (episodes 1-11) and "Otome no Route wa Hitotsu janai!” by Angela for the season finale.


Overall, season two largely matches the quality of the first season. It is not a show that will be universally liked but if you liked the first season (which you should watch first) then I can confidently say you will enjoy this. The characters we know and love are still there and the interactions they have with each other remain as funny as ever. What is more the new characters introduced here all add their own flavour of drama that helps keep things fresh.

The biggest issues that hold this show from being a true recommendation is the number of things it decides to repeat. This repetition is not just limited to the gags but also occurs in the plot direction taken. People will question the creativity or lack thereof in those moments and this can act as a deterrent to those already on the fence. What can be said however is this show does add a unique twist to the harem/comedy formula so if that is your thing then you will likely enjoy this franchise. If you are not a fan of those genres then it may be best to pursue other shows.

Story 7 – This show is composed of various filler and story driven arcs. Whilst there were some notable hits in the filler segments there were also some misses. I felt on the whole All Routes Lead to Doom was more enjoyable when it tackled the more serious issues. Those were the best moments of the show but the main criticism I would have here is that the plot points seemed to repeat the same basic scenario a little too much. There was enough variation however to keep things fresh plus the comical moments as a whole, added to the series enjoyment.

Characters 7 – Caterina still retains her charm and is the glue that holds the cast together. I don’t think she is quite as likeable as before due to her being completely oblivious over her surroundings. This did get frustrating at times. On the positive side the supporting cast were stronger and the way they interacted with each other meant we could still get plenty of enjoyment in this department. The new characters were also good additions.

Animation/Music 6.5 – The standard is more consistent this time around making the viewer experience that bit better. I also felt the musical score was marginally better however in both areas I would say it is good but not great.

Overall 7 – If you liked season one then you will like this. Vice versa if you dislike the first season as such this is something I would recommend for the fans of the first season or those who like the reverse harem/comedy genre. For others outside those groups, the acid test will be to watch the opening episodes of season one. If you do not enjoy it by the fifth episode then skip the rest of the franchise. 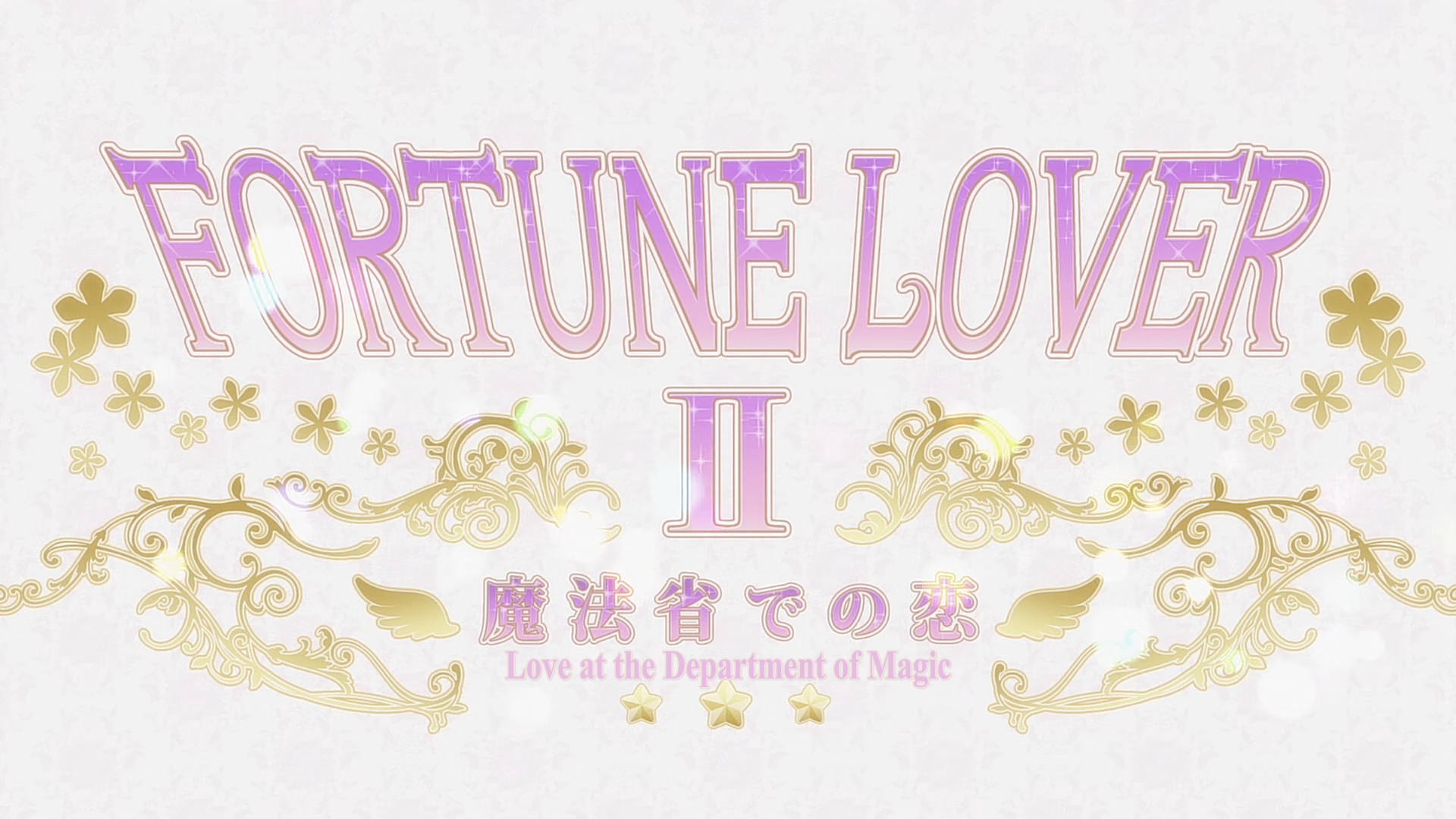 The stage of the movie sequel​
This has series has an extensive gallery so check it out if you want to see the animation for this series! 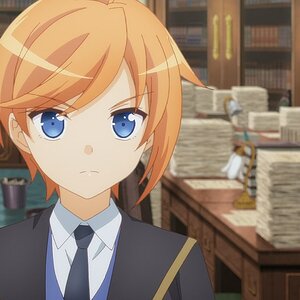 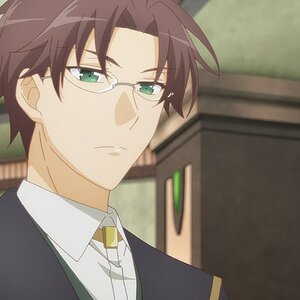 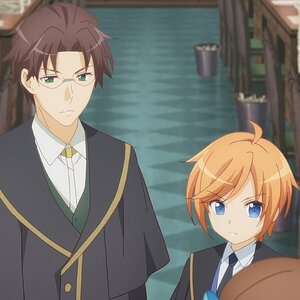 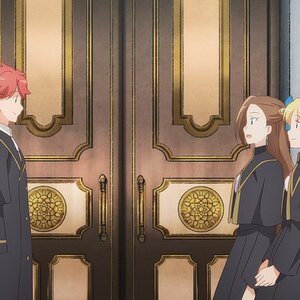 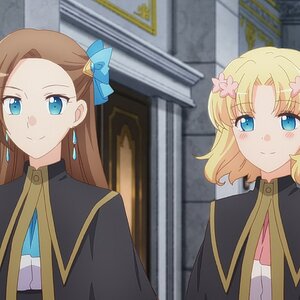 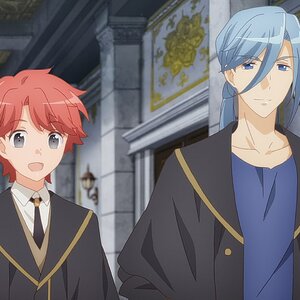 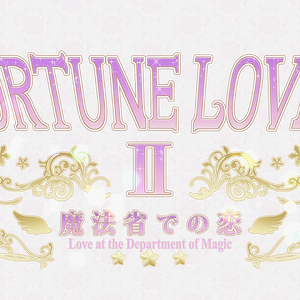 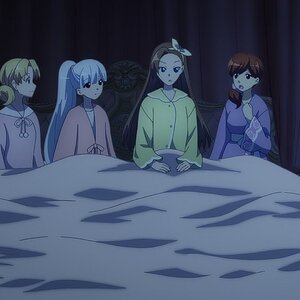 My Next Life as a Villainess: All Routes Lead to Doom! Season 2