Hold on to your shirts because we got a whole load of anime this season! Being swamped for series can be a drag that is why I will be offering my initial insights after watching the opening two episodes. Hopefully my comments will help in deciding what series is worth watching and what can be skipped. I will also add accompanying trailers to give a better idea on what these shows are all about. Due to the number of anime present I will be breaking this into multiple parts. Happy hunting! 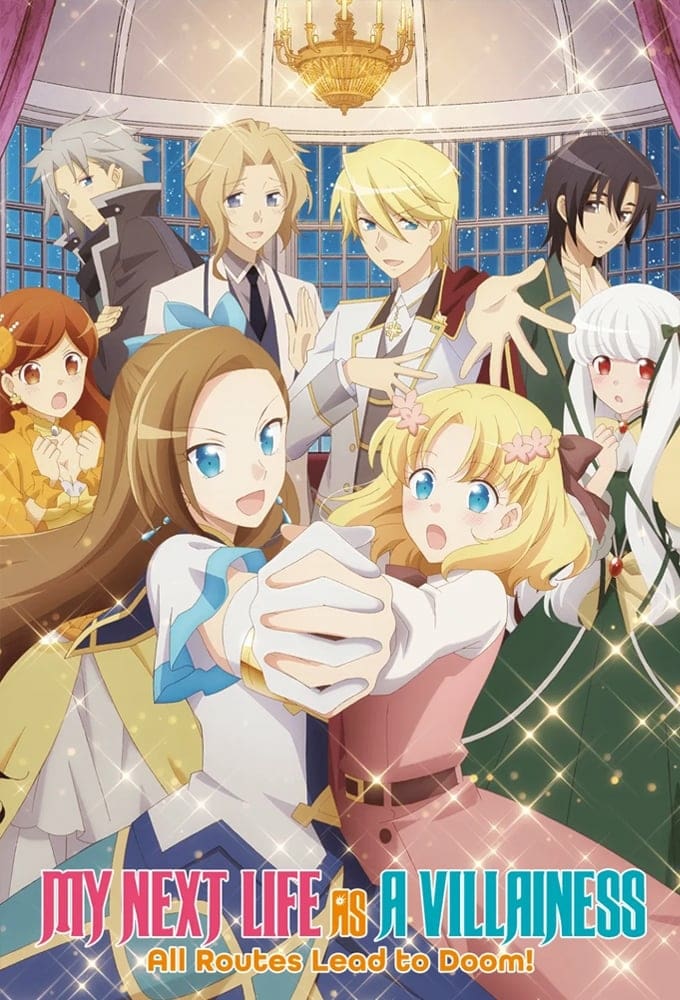 After the first season of All Routes Lead to Doom, which I would recommend you watch, I was happy that a second season got commissioned. For those new to the series, I will bring you up to speed. All Routes to Doom is an isekai/comedy series that takes place in a game called Fortune Lover. Our main character is an otaku girl that loved playing Fortune Lover. Unfortunately for her she is reincarnated as Katrina Claes; the main villainess of the game. To prevent her untimely demise, she must apply all her wits in avoiding all the numerous doom routes that would result in either Katrina dying or being banished.

Since this season takes off where the last one ended it is advisable that you watch the first season before trying this one as while a quick recap is provided it is better (and more enjoyable) to simply view season one in its entirety.

For those fans coming into this from season one you will enjoy what is on offer thus far. Katarina has staved off disaster however one gets the sense that her empire is built on quick sand as it may fall at any minute as her plans seem to teeter on the brink of disaster.

As good as the first episode is however the second one is better as the theatre scenes was a real laugh. Got to hand it to Katarina when she gets herself in a muddle and somehow pulls herself out of a hole. There is some drama in the end but we will have to watch the next epi to see what happens there. Enjoyable so far and looks like a series to keep. I will give this a 7/10. 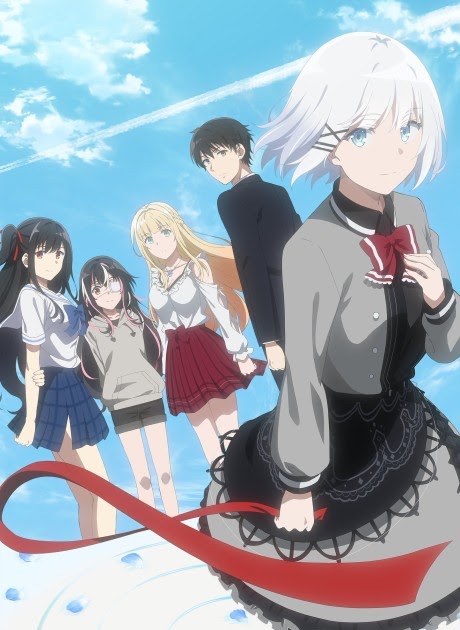 The Detective Is Already Dead

The beginning was really something as it simply left me at a loss for words but not in a good way. To me the plot was so outlandish to the point of being nonsensical. Nothing made sense and I don’t believe thinking about it would do much help; that would just make your head hurt more. It would simply be best to grab a beer, weed or the strongest sh*t you can find and just mindlessly enjoy the action that takes place because if you try to work it out logically then the gaping plot holes would make you facepalm.

The second part of the episode doesn’t make a whole lot of sense either as immediately we are thrust from a bad action/mystery piece to that of a romantic/comedy. The shift is sudden, jarring and feels forced especially when they tack on random fanservice scenes. Now don’t get me wrong; I do have a weakness for fanservice and cute girls but the nature in which it was done here was very clumsy. A big Sherlock Holmes type deduction* at the end of the episode doesn’t do this show any favours either. This is all topped off with the sudden bombshell of a main character suddenly dying with no explanation given. To me this opening episode was a disaster with the overall narrative being all over the place like the producers didn’t know what this series was about.

Things do get better (somewhat) in the second episode but again the plot is stilted and character development suspect. I guess the new character Nagisa is supposed to be some kind of tsundere but to me she just seemed unhinged as they took the tsundere concept way too far. She is pretty granted and wears a revealing outfit so you do get some nice fanservice moments. What is more right at the death we are introduced to yet another cute girl leading me to think this series will turn into some kind of romantic/comedy.

The mystery element in The Detective Is Already Dead sucks so I can only see the romance/comedy elements saving this from total calamity. However, the new characters better be an improvement over what we got so far because all the current cast have been pretty poor. To me The Detective Is Already Dead gets a 3/10 after two episodes. I am seriously tempted in dropping this but depending on how I feel may watch the next two before making a final verdict.


*= When an assumption is made about the appearance of an object in a mystery but there are actually multiple innocent explanations that can be given but the detective happens to deduce the right reason despite there being no supporting facts to suggest why this deduction could be made. 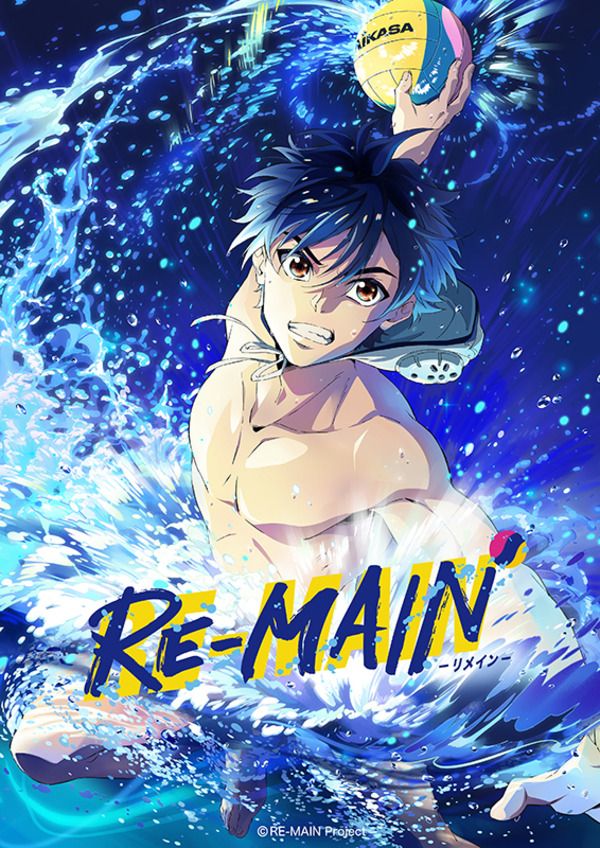 Sometimes I can be such a doofus. I was meaning to watch the Remake anime but somehow got the titles mixed and watched Re-Main instead so in a way it was kinda fate I watched this show. It is actually quite apt when you understand the plot so far in Re-Main. You see the basic story here is that Minato Kiyomizu is the man when it comes to water polo but through an unfortunate accident, found himself in a coma for over half a year. Losing his memories and abilities to swim he tries to make a new life abandoning his previous passions.

The water polo gods however are having none of that and through a twist of fate he is dragged into the sport once more from old friends and a ridiculous bet. Yes, it really is a ridiculous bet that is on the same scale as those silly promises you see in romantic anime made by the childhood friend when they are really little.

It is cliché and stupid I know but Re-Main has some things going for it. For a start our main man seems like a decent likeable guy. The main crew in the new swimming team are an animated and a boisterous bunch. For the female fans there is the obvious eye candy of watching various bishies swimming around. For the male audience there are some female swimmers. Also, Minato’s sister is rather cute. It will be interesting to see where this goes and I hope it builds on this promising start. This being a sports anime series means it is likely to have a niche following. I have not really watched many sports anime especially ones that involving water sports so this will be a new experience for me and I will keep this on my watchlist for now. Provisional score after two episodes 6/10. 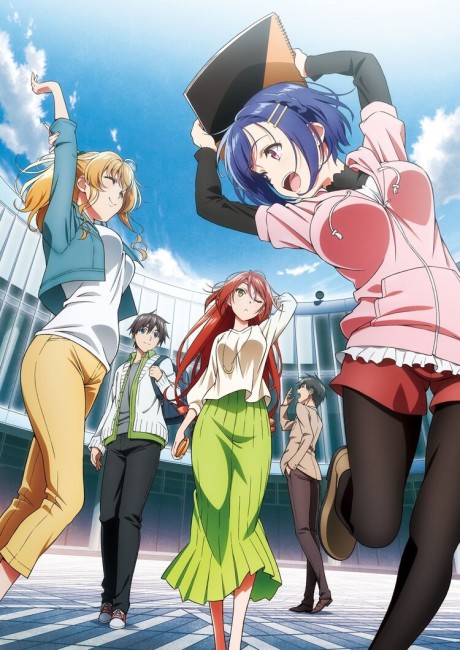 Yes! Second time is the charm! I finally got the series I intended to watch in the first place! XD Remake our Life takes on a similar premise to the Relife anime (I hope you can see why I get confused over the names of these series). Remake our Life centres on Kyouya Hashiba; a 28-year-old game developer who is down on his luck after getting fired from his job. With no job, house, partner or money the only thing he has is a life full of regrets. He laments the time he took the standard university place instead of opting for his true love; art college. Falling asleep he gets another chance to right his past mistakes by redoing or should I say remaking his life as he is transported 10 years into the past.

Sounds decent enough; we get a good backstory plus we get a 50-minute special for episode one so happy days, right? Well, sort of. I felt the first half was a little disjointed and it could have flowed better. As it was, I was still getting into my feet going into the second half of the first episode which was ironic considering the main cast was going through the same motions seeing as they were all entering art school.

The story does get better in episode two though and the art school backdrop is pretty good and unique so I can see people sticking with this series due to that aspect. As for the cast again, this could rub people the wrong way. Whilst Tsurayuki is okay I can see Aki’s childlike behaviour (not helped by her voice actor having a childlike voice too) rubbing people the wrong way. There are some fanservice moments that seem contrived which isn’t helped by the fact it uses the standard tired anime ecchi/comedy joke. You know what I mean. Yes, the scene when the guy sees the girl walk into the room in only her underwear and instead of running away, decides to smack the guy out of embarrassment.

I kind of got mixed feelings about this but the unique backdrop plus the fact Kyouya is a somewhat interesting means this one avoids the axe. For now… I hope things get better and I don’t regret sticking with this. Score after episode two is 5/10. 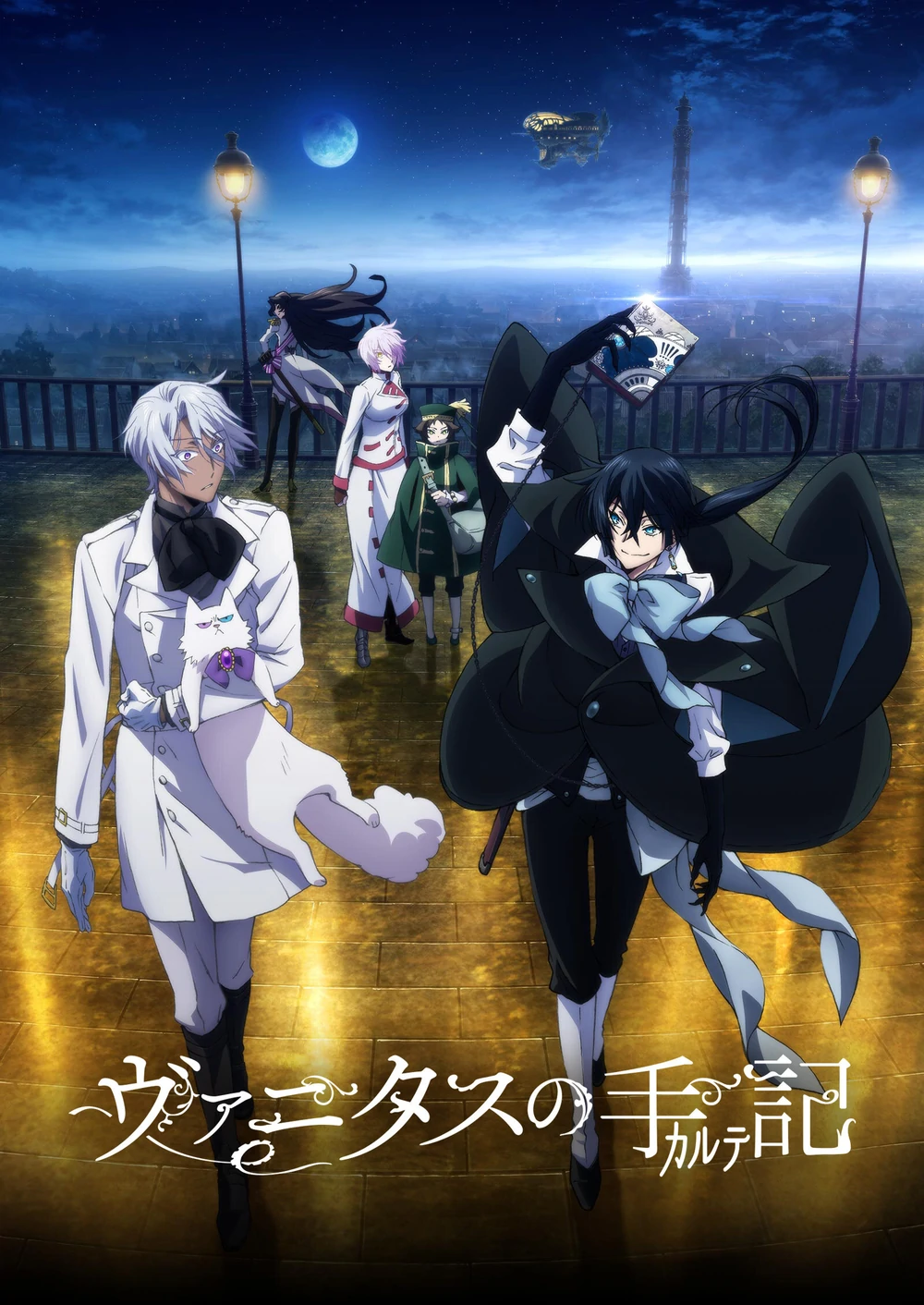 There seems to be quite a few vampire series lately. First there was Vlad Love then more recently Mars Red. Let’s hope this one is a bit better? Vanitas no Karte synopsis seems pretty interesting. It stars Noe Archiviste as a vampire born under the blue moon. This is in stark contrast to most of his vampire brethren who come from the crimson side. Shunned and treated as an outcast, Noe is the black sheep of the family who has to go it alone. Resenting his position in society he plans on exacting revenge on the crimson vampires that have ridiculed him so much.

With a premise like that you would expect Vanitas No Carte to be a revenge plot but right off the bat this show throws a curveball at us. Instead of revenge the opener showcases the effect of a curse that effects vampires in this world. Cue the entrance of Vanitas; a flamboyant showman with delusions of grandeur. It is not long before we learn of issues afflicting the vampire race and hints are given about how the premise came to be.

Beyond these plot developments, we get a good back and forth between Noe and Vanitas. They seem to gel rather well for now and the banter gives me a Fullmetal Alchemist vibe. The white cat Murr has an attitude that reminds me of a certain someone and his sporadic appearances are always a laugh to watch. It is early days so really it is kinda hard to take a firm stance on whether I am onto a winner or this series will simply peter out. I will give this another couple of episodes before I can make a definitive opinion about the quality of the show. After the opening two episodes this is on 6/10.

1 - Unwatchable
2 - Dreadful
3 - Poor
4 - Mediocre
5 - Average
6 - Good
7 - Great
8 - Anime of the season
9 - Classic
10 - Absolute masterpiece
Staff member Fansub TV Team
A test reply.
I am waiting for the second part to this, but so far the new season looks a bit weak.
This season isn't as strong as the last one but I plan to get part 2 up later today. Stay tuned
You must log in or register to reply here.