Jobless reincarnation takes the biscuit in this lot. If you are a fan of yaoi though then the decision will be more difficult and likely a tossup between Jobless and Tricornered Window. For non-fans of the Boy Love genre the series may still prove to be enjoyable as the mystery/horror element is strong but you just have to ask yourself what your tolerance is for not just BL and coercive relationships. If you can get over those hurdles then you will likely enjoy the series. As for the vampire cosmonaut, it is remains a solid fixture but for those expecting a heavy plot driven series, hold your horses as episodes three and four are primarily character driven affairs. Things do look like the story will pick up soon so don't give up on the series just yet if that is your schtick. 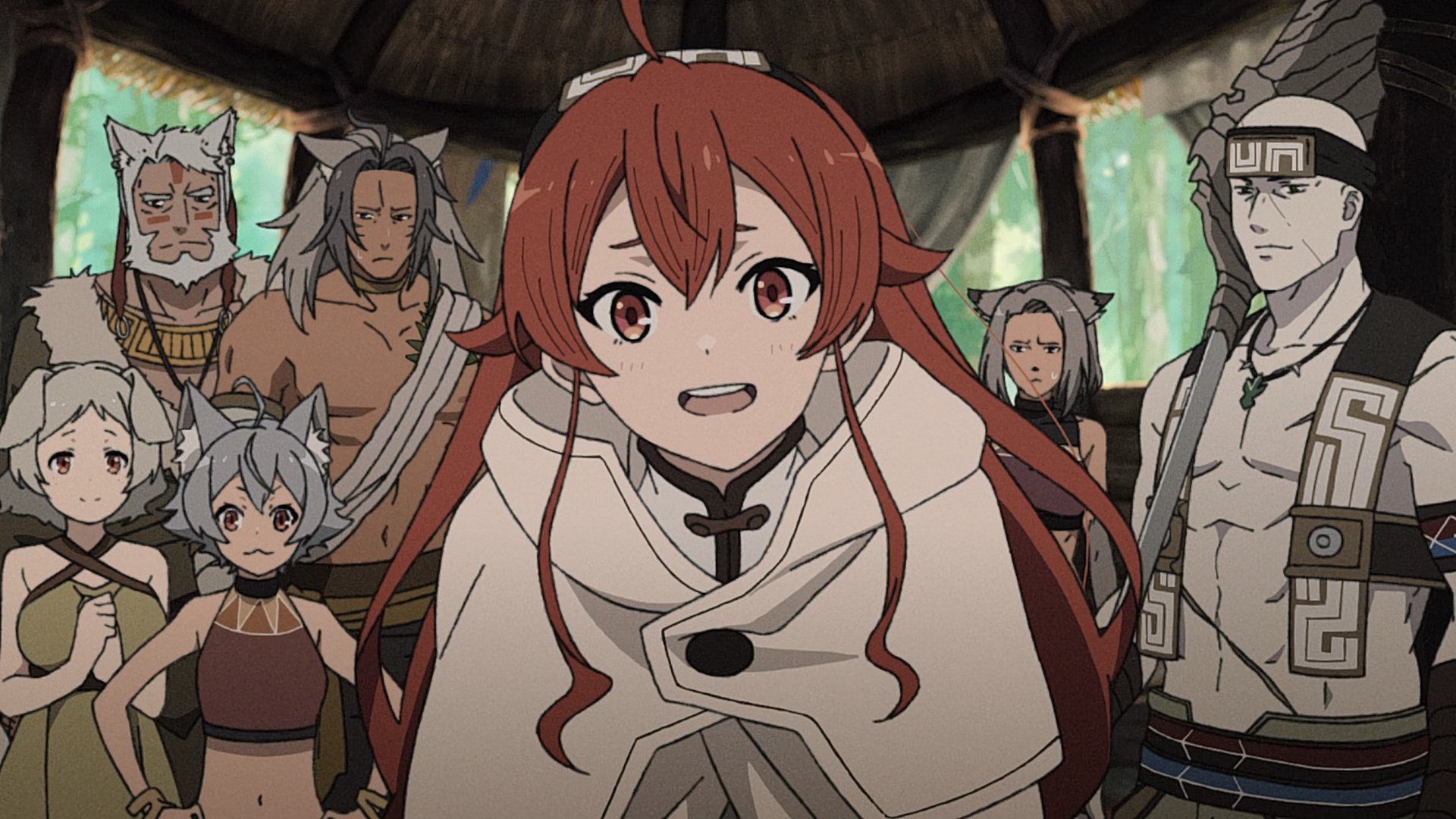 Jobless reincarnation​
After the events of episode two you may be thrown off by episode three’s wacky start. It gave me a funny documentary vibe that was rather amusing to watch but things soon revert to reality and the gravity of the situation is made clear. It is a change of pace but this moment of calm is but a passing phase as it is not long before all hell breaks loose. Yes, the big highlight for this episode is the action and we get to see Rudeus strut his stuff in action. The battle we get is a good one and it was even better as events here reflect on previous battles only this one being more serious. As can be expected though the biggest event is saved for the end as we get a scene that could well prove to be a game changer. Good episode and the ending give us some food for thought where this series will go…

The following episode is a slow chilled affair as not a great deal actually happens plot wise. What we get some is some good eye candy with Eris, a neko and dogoo girl. Rudeus loves the views and if you are inclined then you will agree too. XD Looking beyond that we get a little backstory for one of the season one characters adding depth not just to the character but to the world. Kinda reminds me of that Roxy scene a while back. Same thing but with this other character instead. Eagle eyed viewers will know what I mean.

On the whole, the opening four episodes have been strong and is something I will keep watching. Part two’s beginning isn’t as good as the first part which had a more unique tone and means of storytelling but this still worth watching. What you get here is a greater sense of adventure and fantasy as our trio of characters venture into unknown territory. If these adventures can be tied effectively to the overarching story then this could still be one of the best shows in the autumn season and be worthy of a recommendation but for now, I rate this a 7/10. 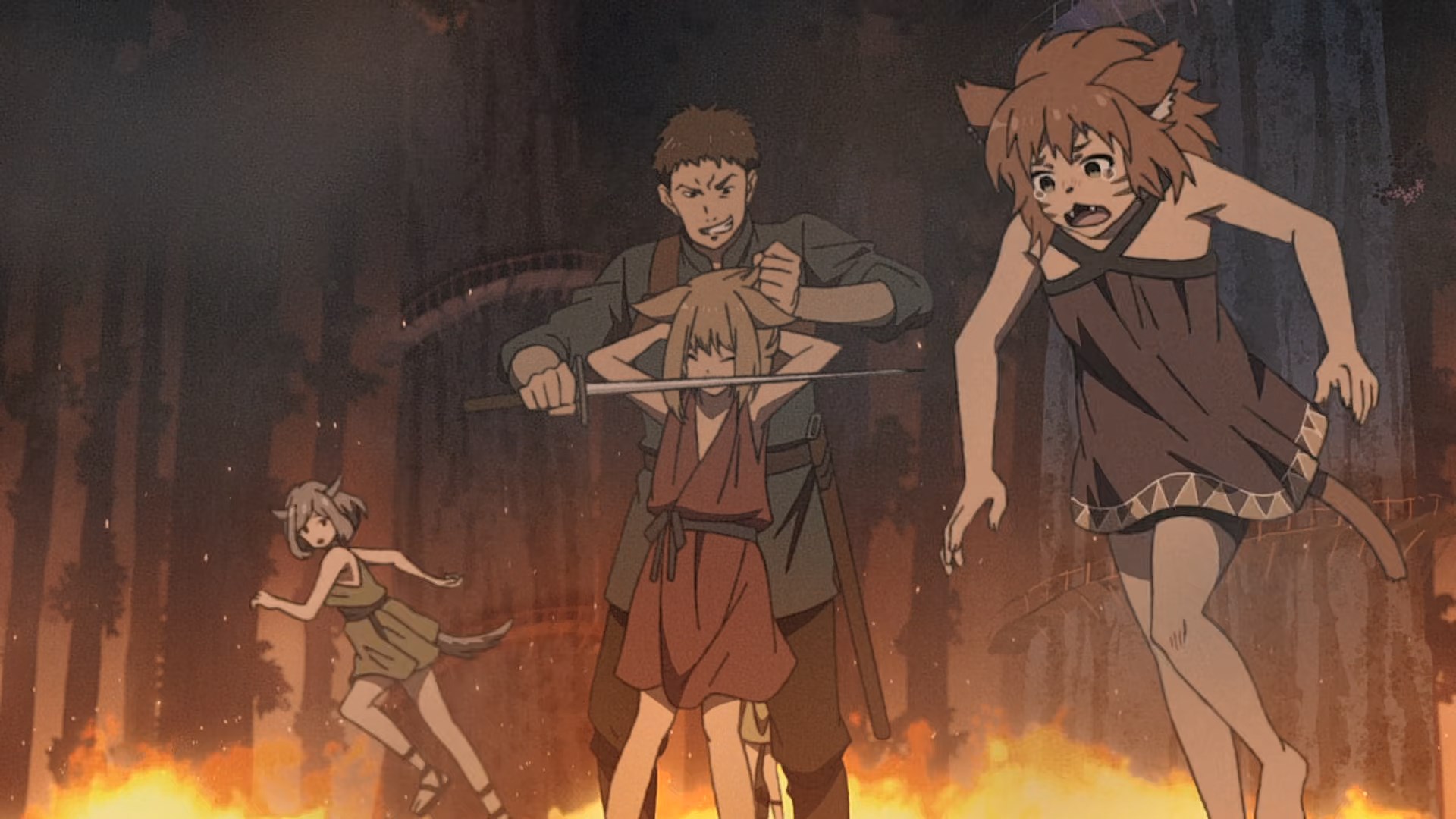 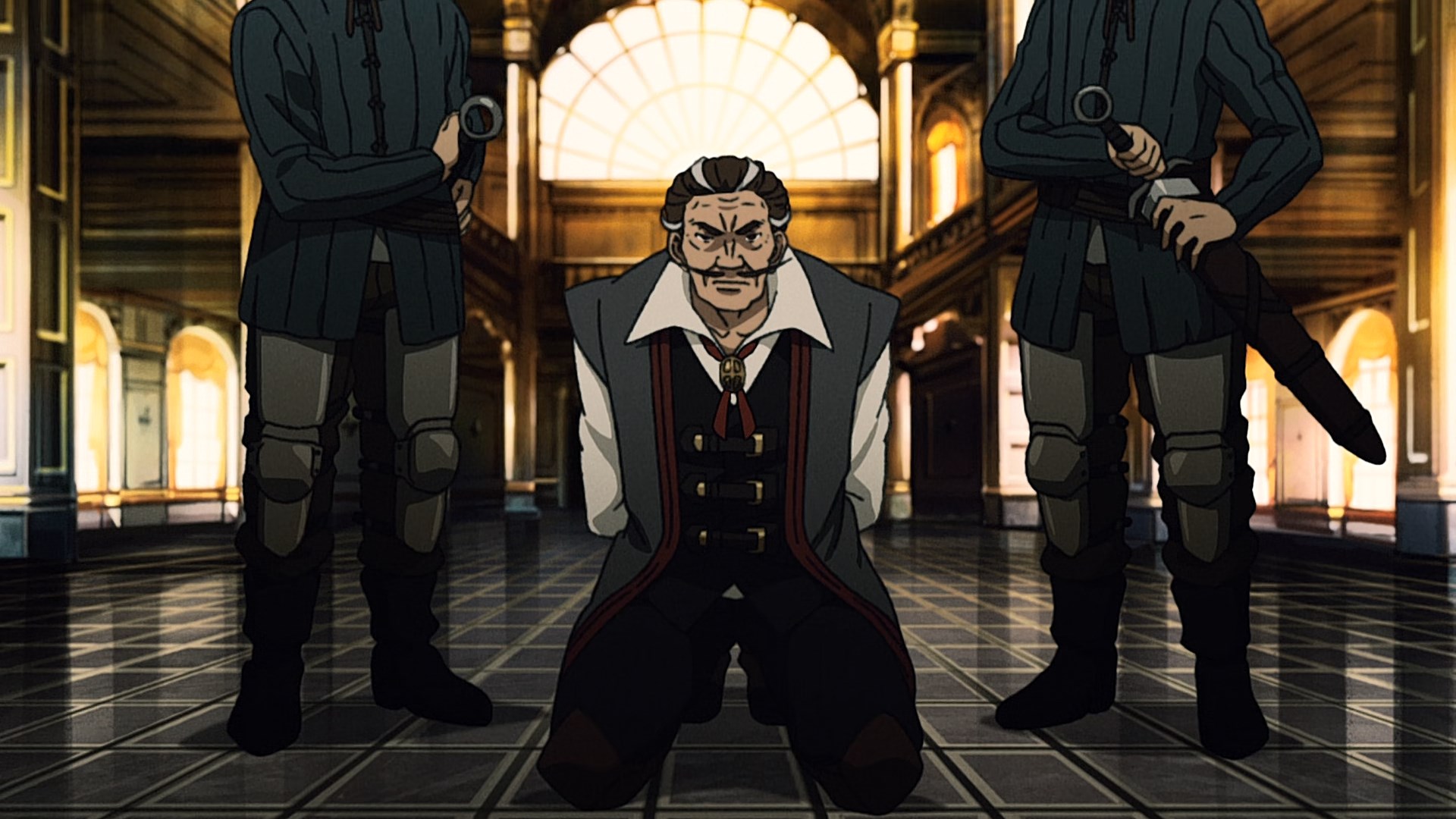 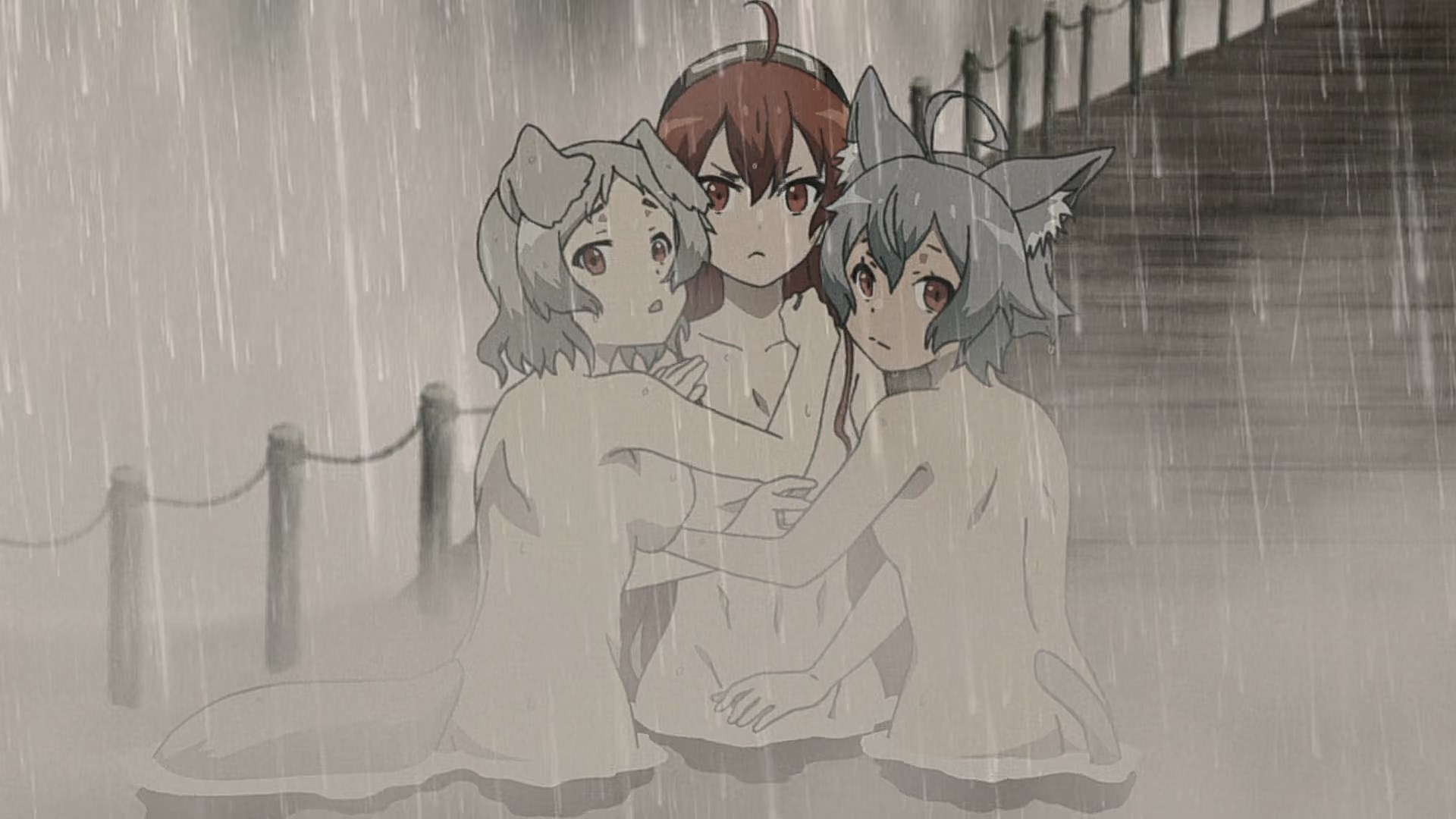 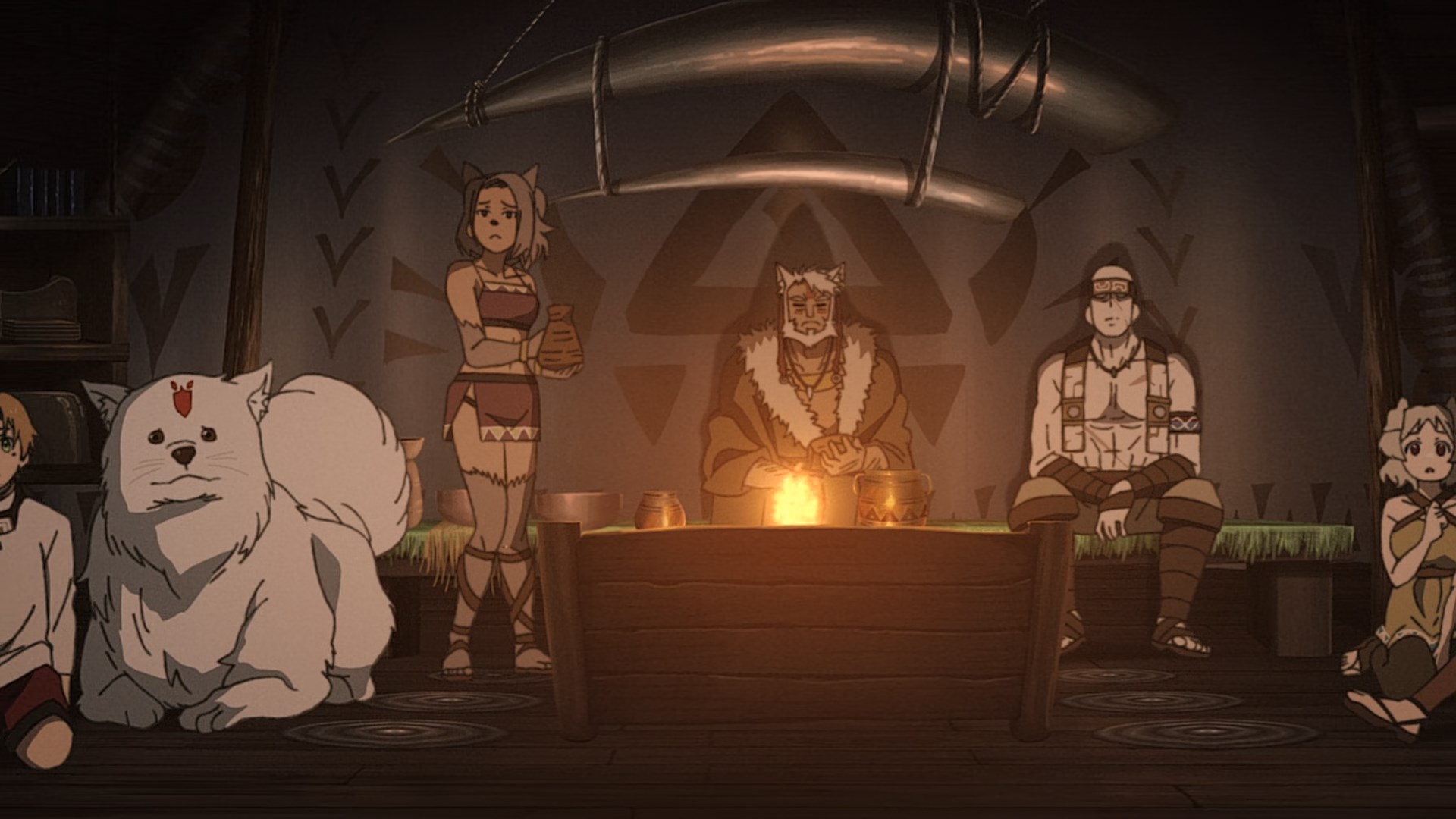 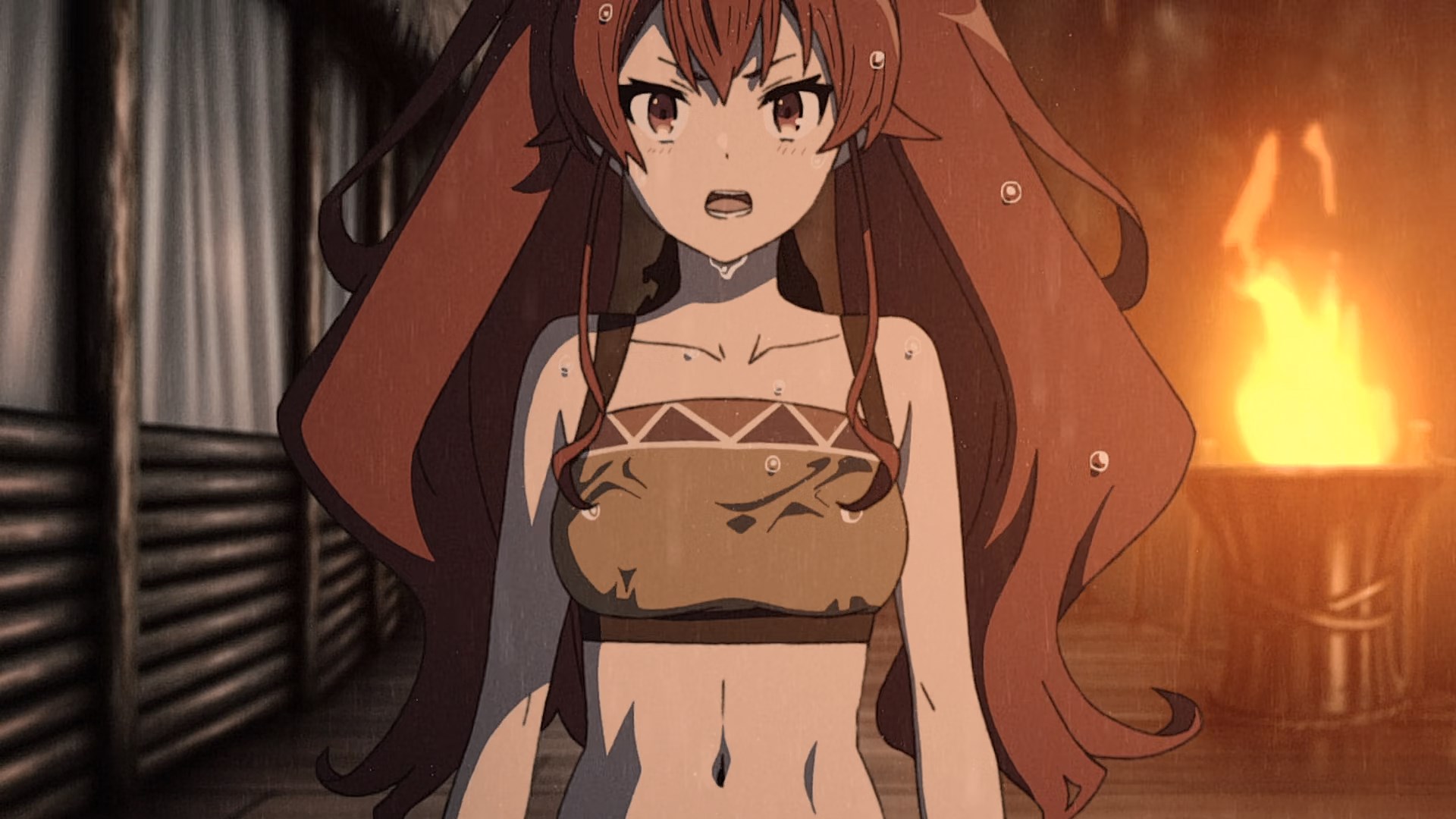 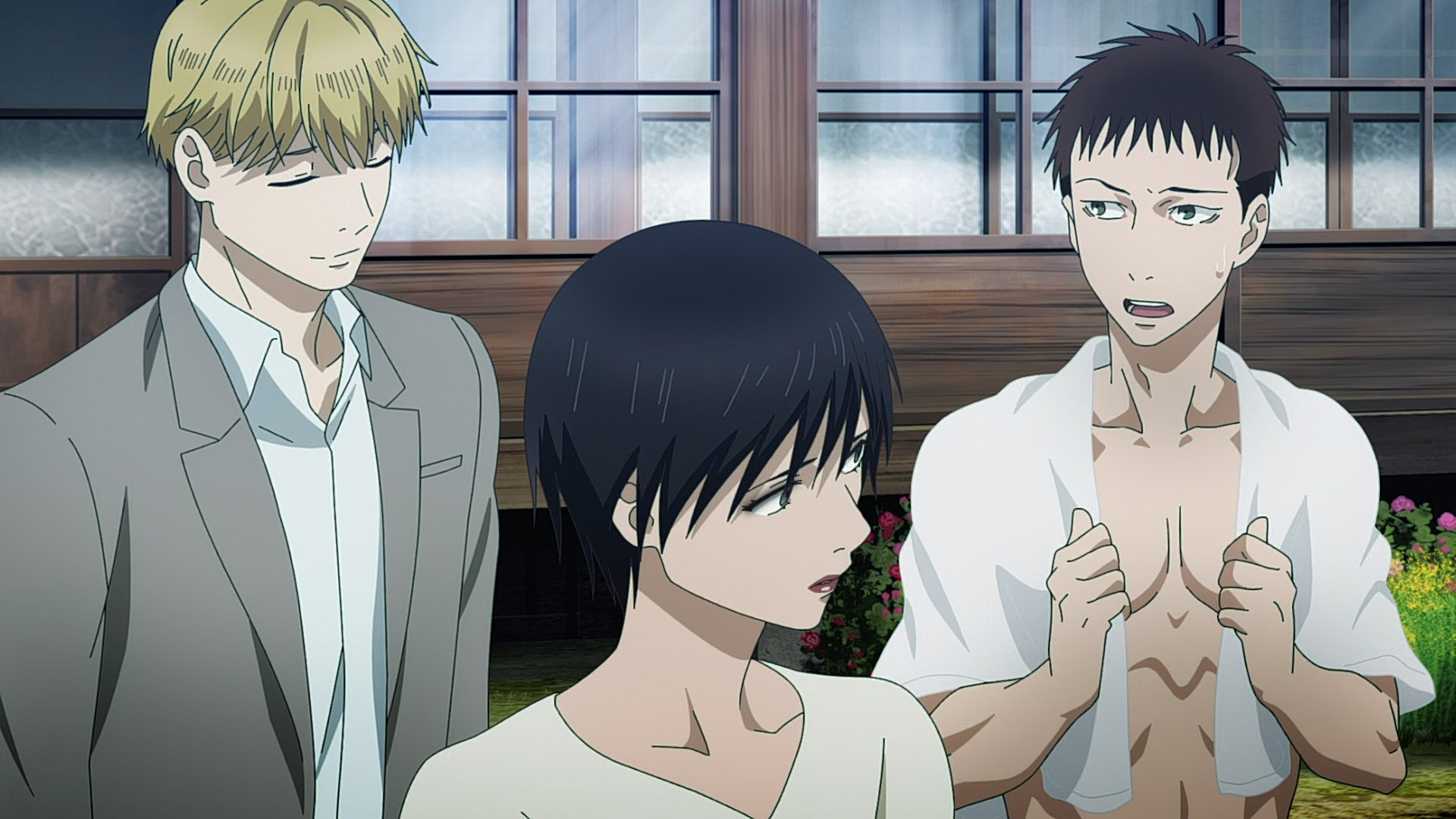 Sankaku Mado no Sotogawa​
One thing I have to say from the get go is that to enjoy the series you need to make peace with the fact that Rihito is SUPER controlling and his relationship with Kousuke is coercive. Don’t know about you but it does make for some uncomfortable viewing and goes to another level when his controlling actions goes to the supernatural. It is this point alone which makes me think this anime will never gain mainstream popularity. Looking beyond that though the mystery surrounding this series continues to impress and the full introduction of Erika proves to be a stimulating affair. Definitely the highlight of the show.

There is a creepy “training session” involving our main pair and at this point I don’t know which is more scary; the supernatural phenomena or Rihito’s behaviour! Cracking on, the next case they take on is also likely to keep you entertained as the things we see are definitely unsettling. Got to say though Kousuke is acting more and more like the bottom and Rihito is the top in this relationship!

I felt the fourth episode while decent didn’t quite have the gravity of the previous one however the case in this episode is the most complex yet and is one that has had a biggest impact on the story thus far. In the midst of this case something happens that acts as a gateway not just in an interpersonal power struggle but also to the overall relationship we have with the main characters. This event has some follow through and in a way, I glad something like this happened. I really do hope this point is developed and it not simply a cliff-hanger brought on that will be quickly forgotten.

I was really unsure whether this series would be any good before diving into this and after four episodes I remain unsure about the series. Good points are the mystery and supernatural elements that have consistently kept me entertained and wanting to watch more but the lopsided relationship is something that is hard to get over. This problematic relationship is here to stay that is for sure but whether it develops into something healthier remains to be seen… Looking beyond that Tricoloured window does have quite a bit riding for it so if you can get over the concerns I laid out you could actually enjoy this. A tentative 7/10. If you like mystery/horror the supernatural then give this a go. For BL lovers this is a definite recommendation. 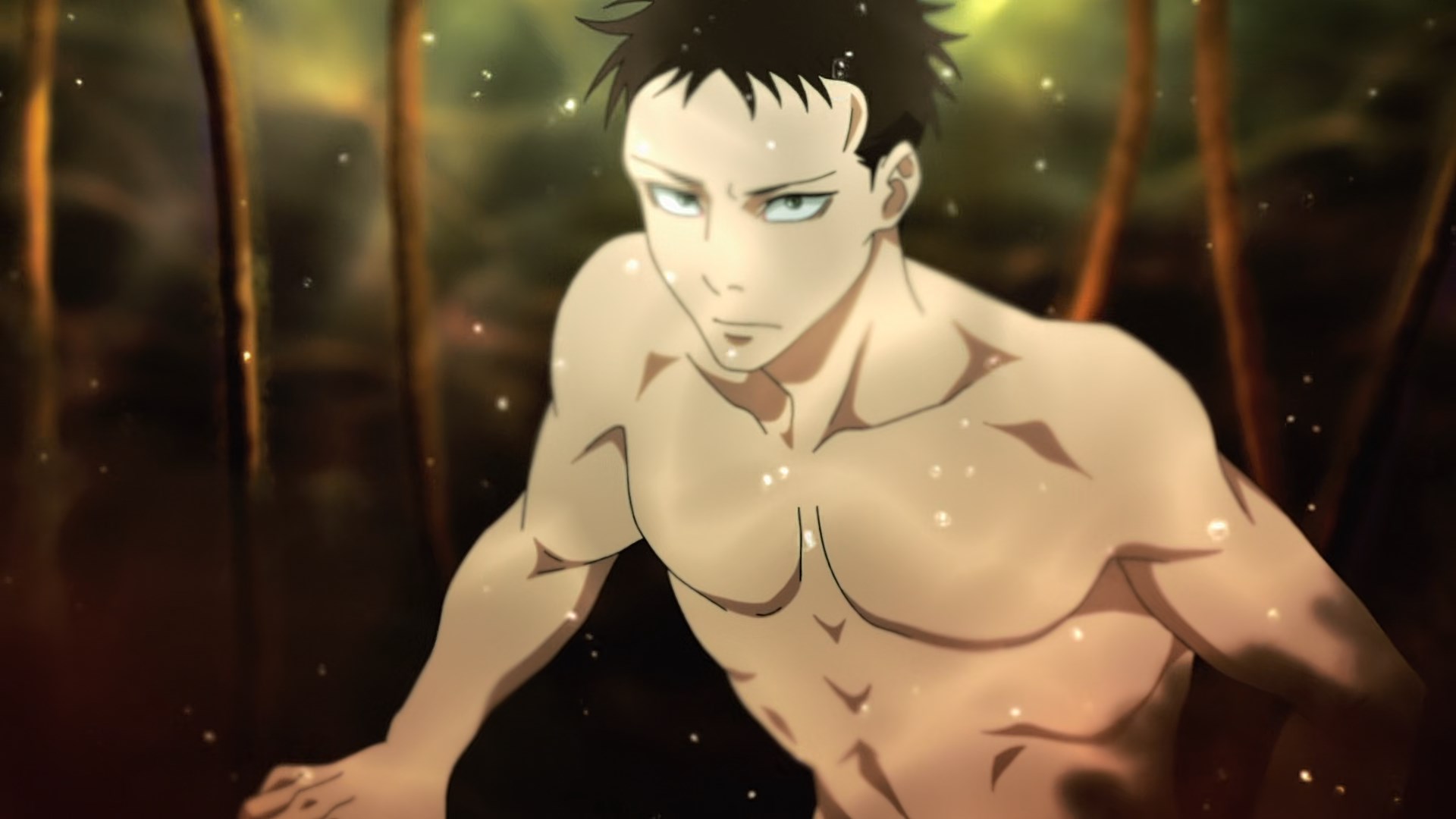 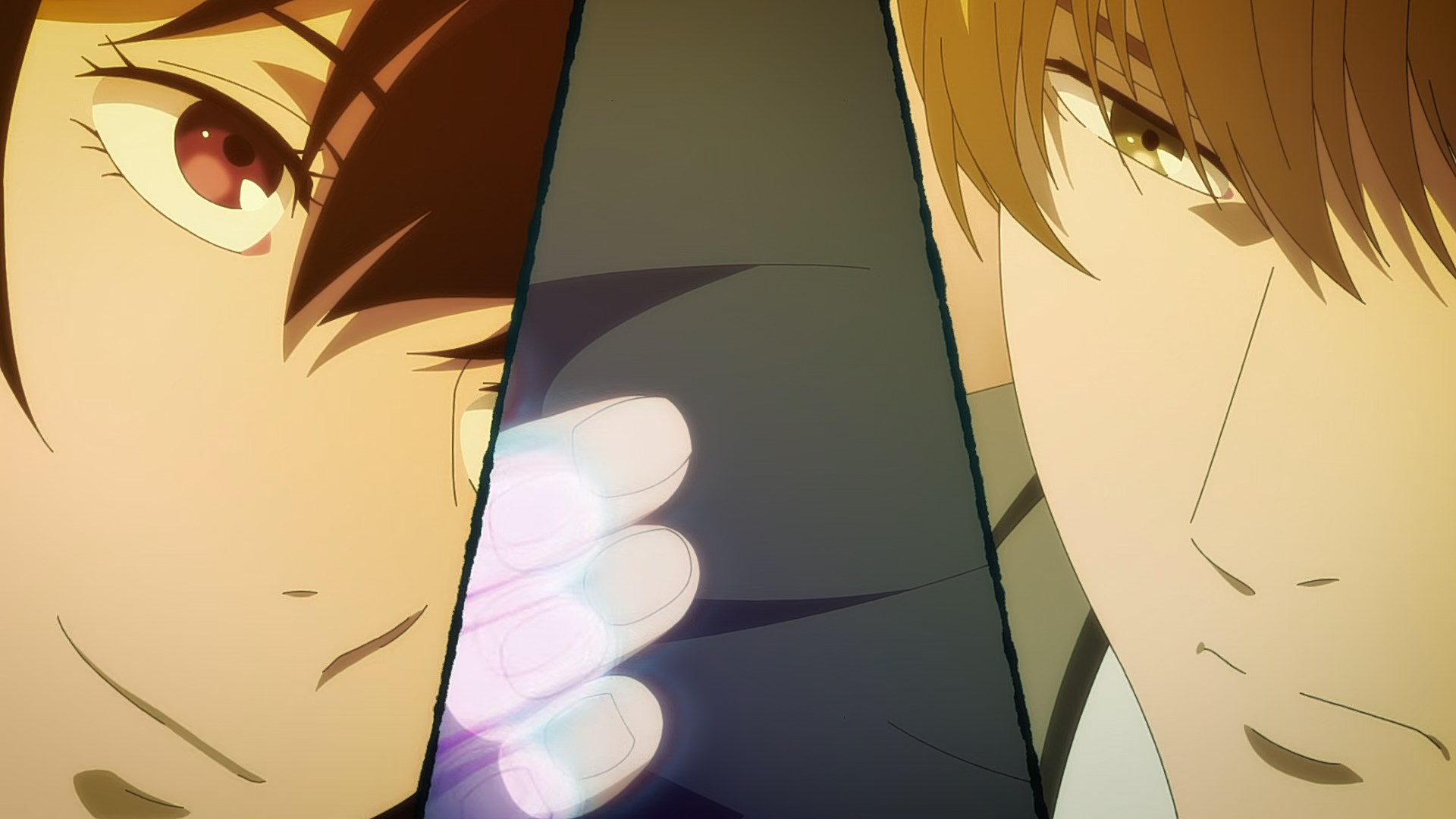 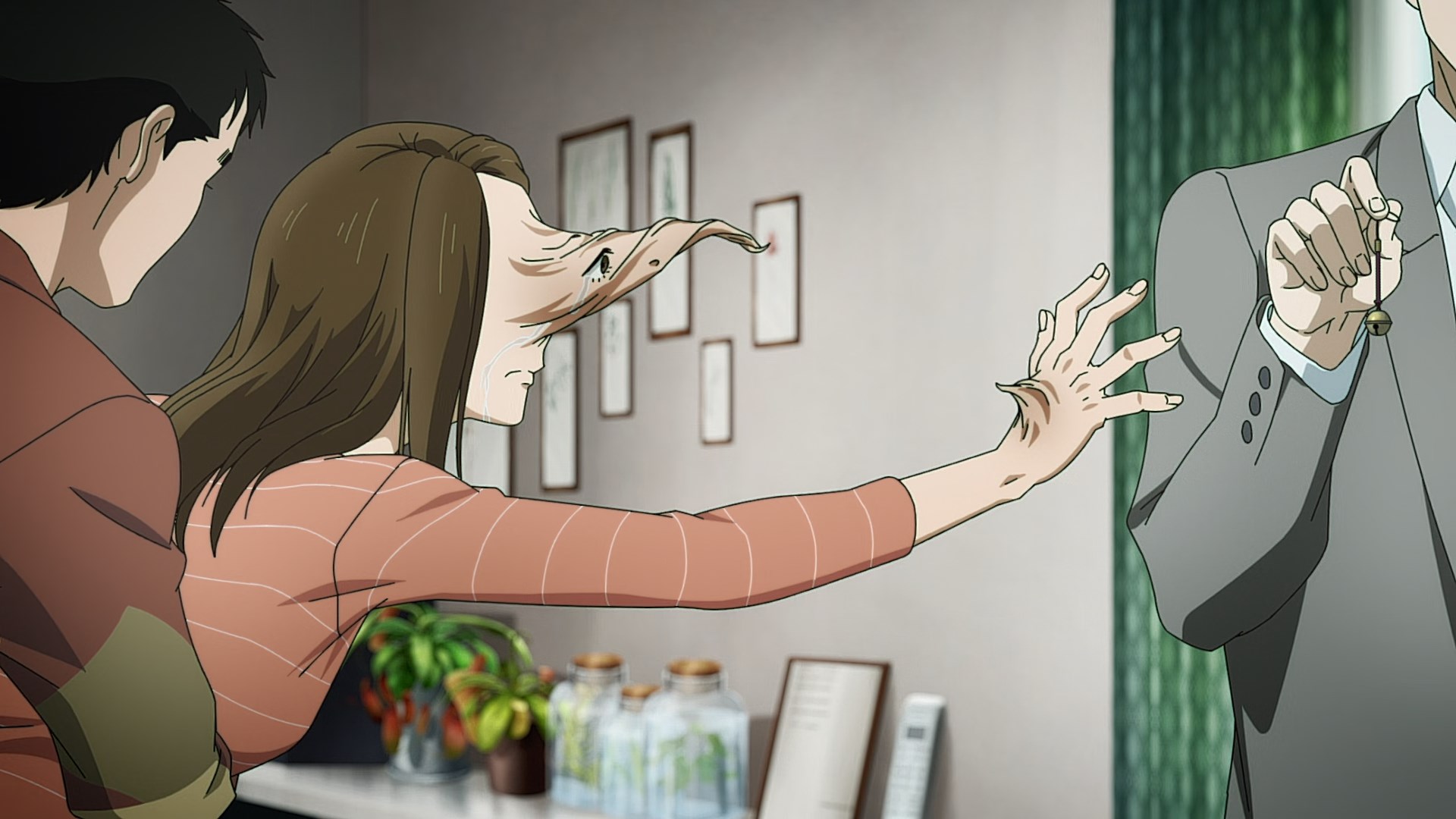 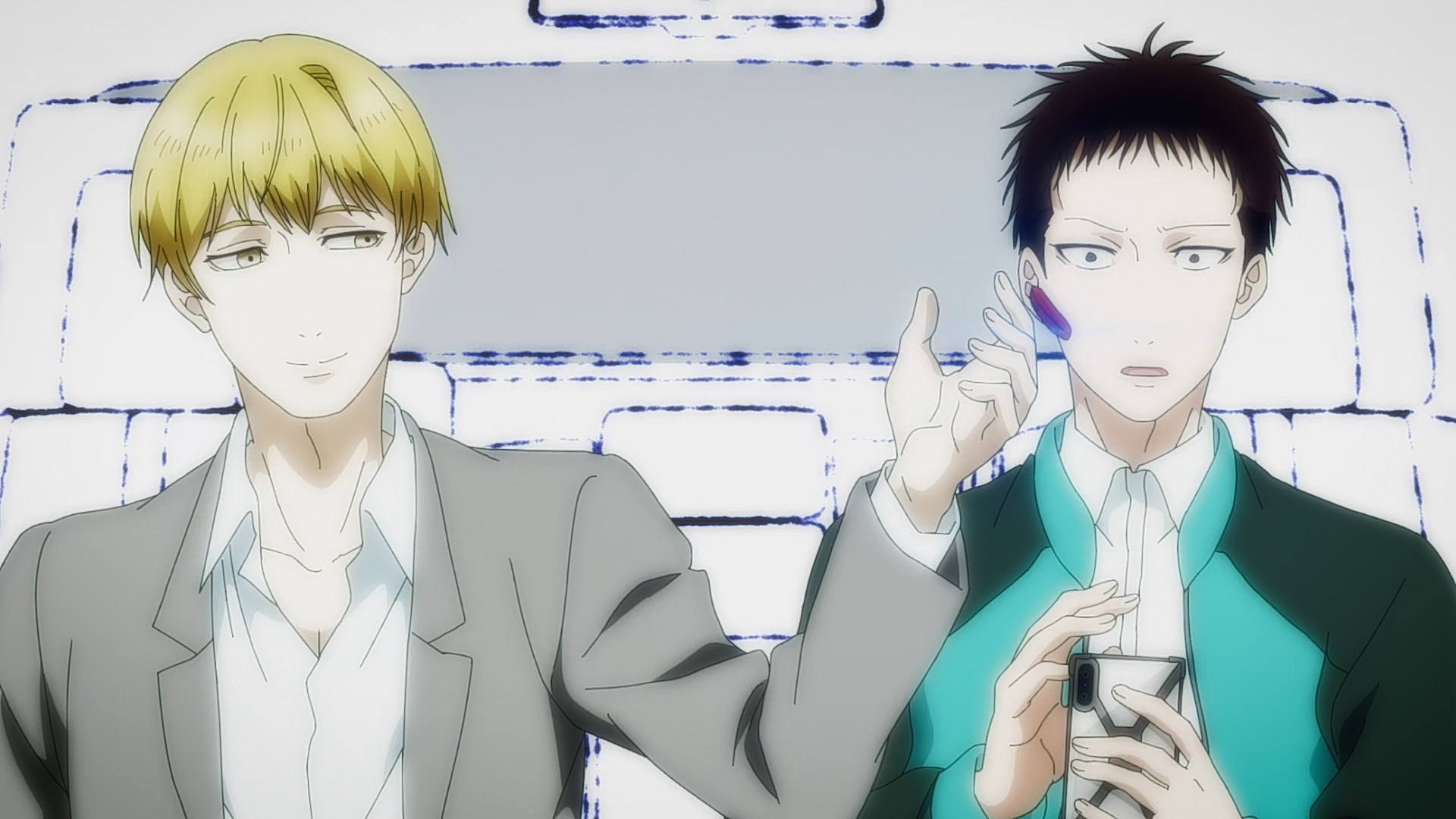 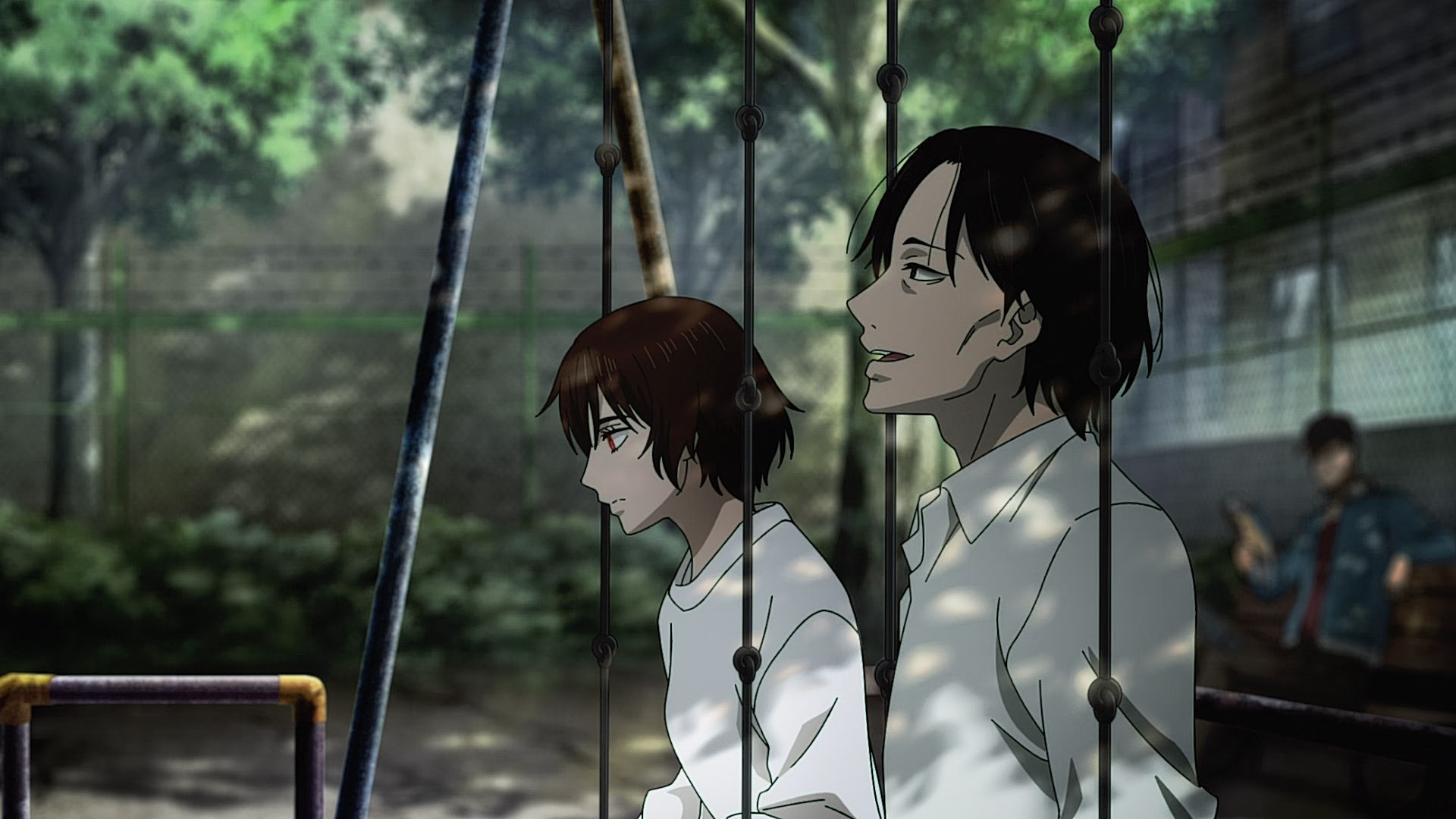 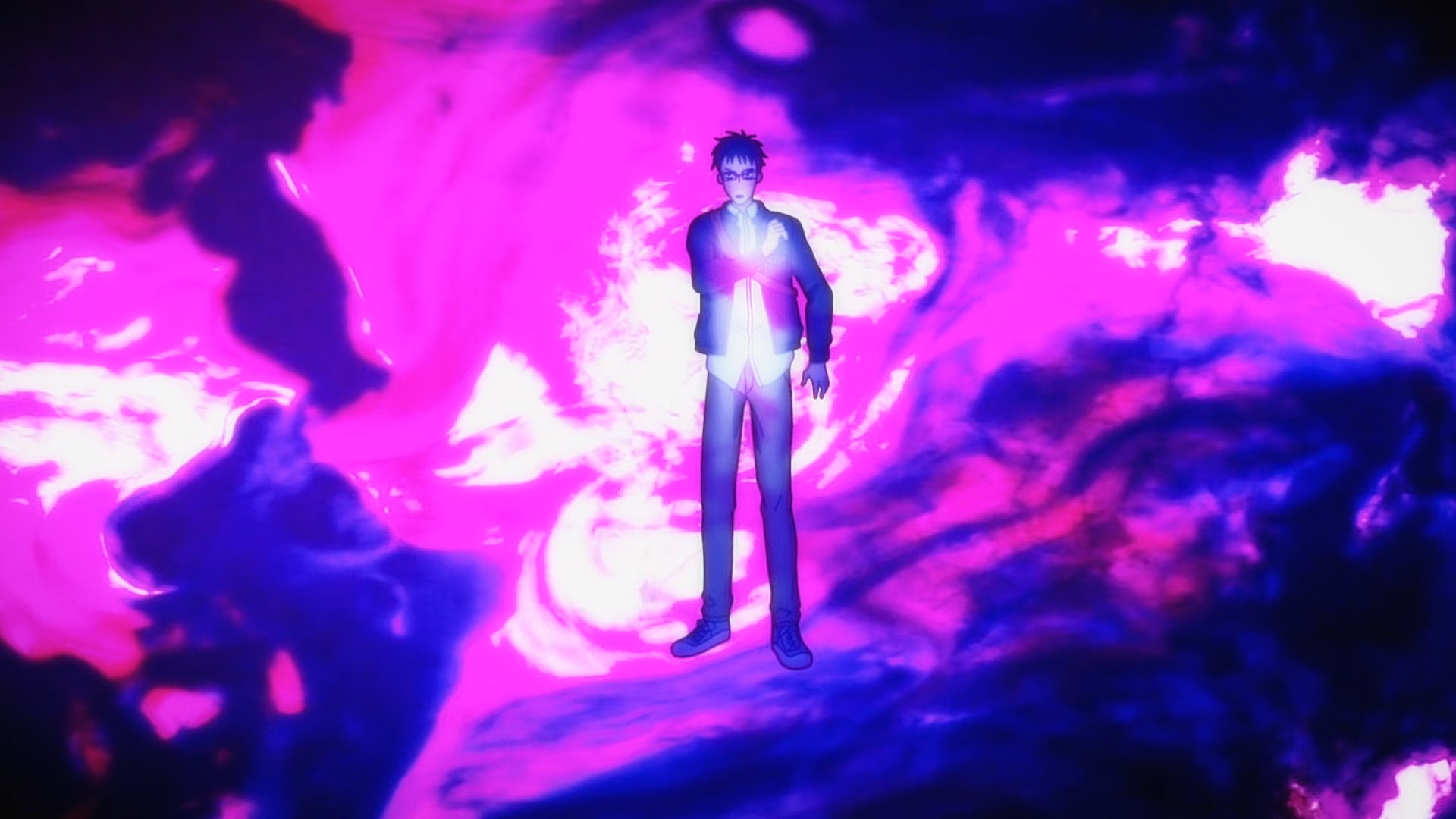 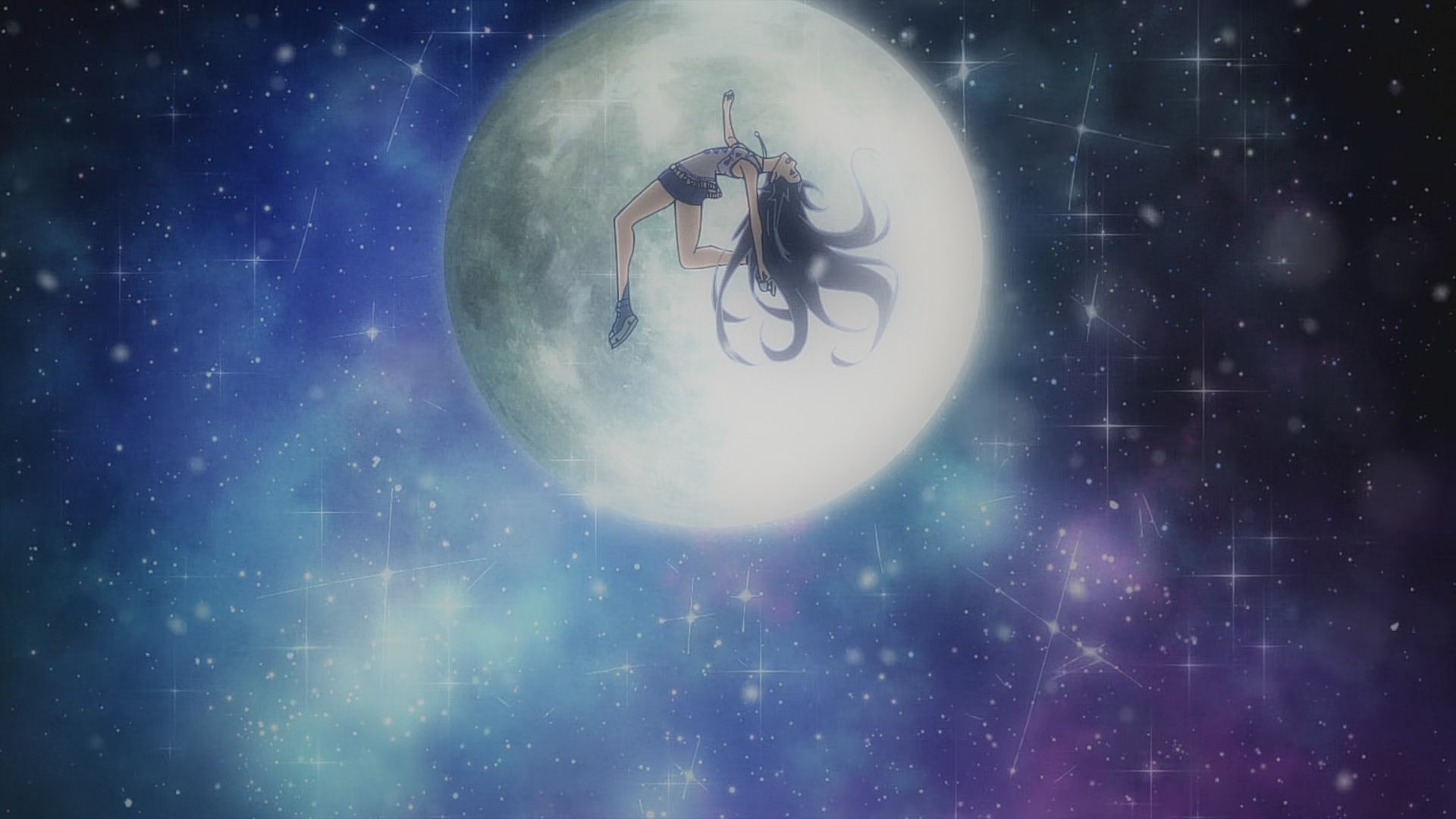 Tsuki to Laika Nosferatu​
There is more training in this episode and whilst Irina takes to most aspects of training like fish to water there is one area where Irina fails miserably and is like a whale marooned onshore. It was amusing to see Irina struggle as this is a side we haven’t seen before but equally endearing is how she overcame this obstacle. It was great and we even got to see some speculator scenes in the process of her getting over this hurdle! Outside of this segment questions are raised about the mission and its final outcomes. We are also left pondering a number of things such as the other cosmonauts who are all dying to gain some UZSR glory! The most pressing question is something this anime holds until the final moments however. It is really a fundamental question if you think about it and it really makes you question the motives of why this character is acting the way they do. Some food for thought…

What is becoming increasingly clear as I progress through this anime is that this has largely become a character driven series that primarily focuses on Lev and Irina. That is why when I hear the episode title being about “Irina’s day out” you can sort of tell what this episode is all about. Yup, it is a relationship building episode. I have to say the relationship that has slowly blossomed is heart-warming and the various scenes we get to see it play out are great. On the other hand, if you went into this series expecting it to be dictated by a strong plot then you this will be frustrated at the slow pacing of the story.

Tsuki Laika no Nosferatu is definitely an anime that is a little out there. Adding a vampire into the space race story is a pretty wild addition that is likely to put people off and whilst the story gets off to a good start initially the next two episodes in this anime are largely character driven. If you can appreciate a series that takes its time building relationships then you will likely enjoy this more. For the sci-fi, space or military fans who probably expect a more engrossing plot this could be a disappointment but with some political intrigue and hidden rivalries there is still enough to keep those fans interested. This series is flying at 6.5/10 altitude for now but let us hope we get an earth-shattering experience by the end! 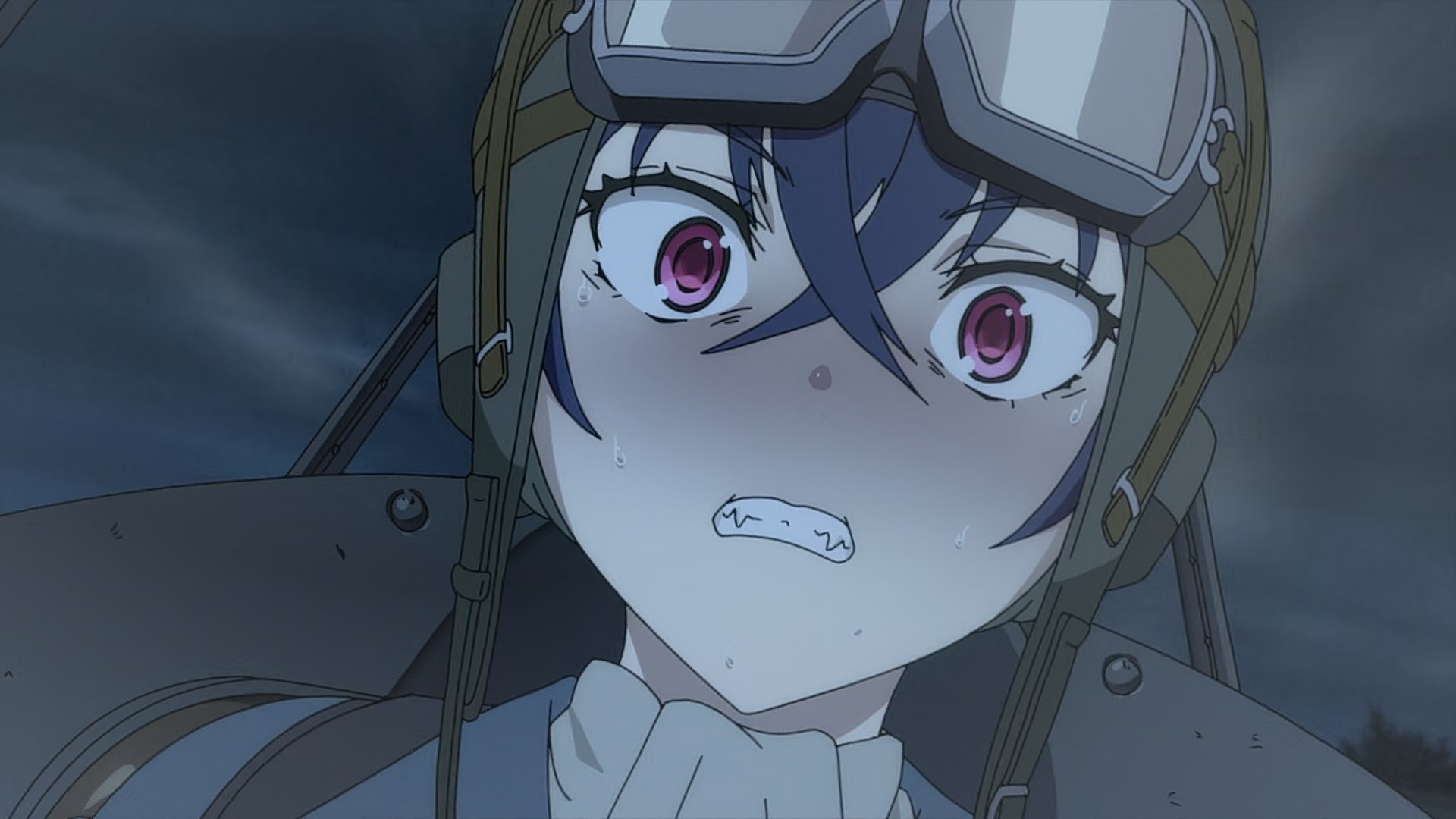 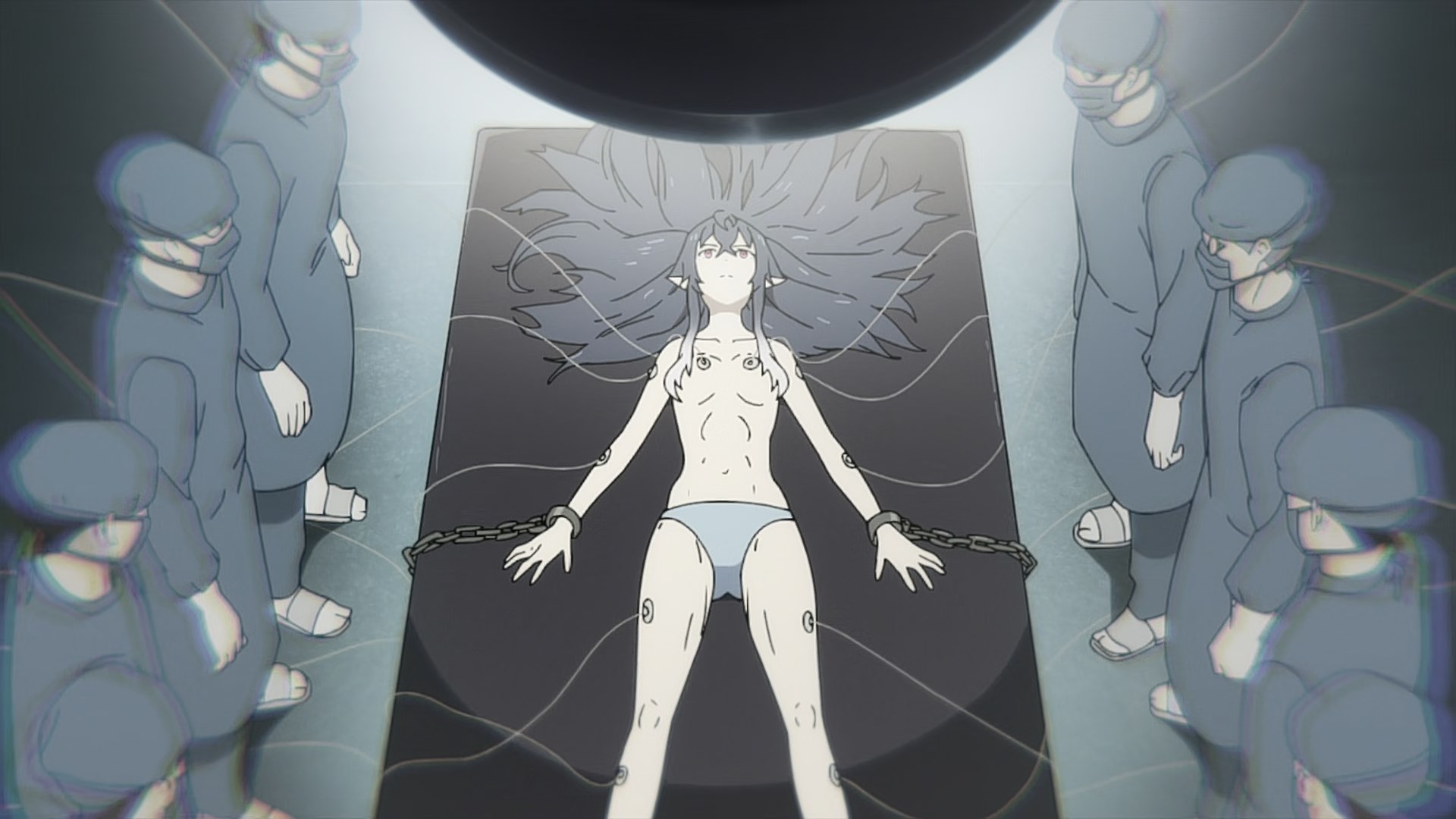 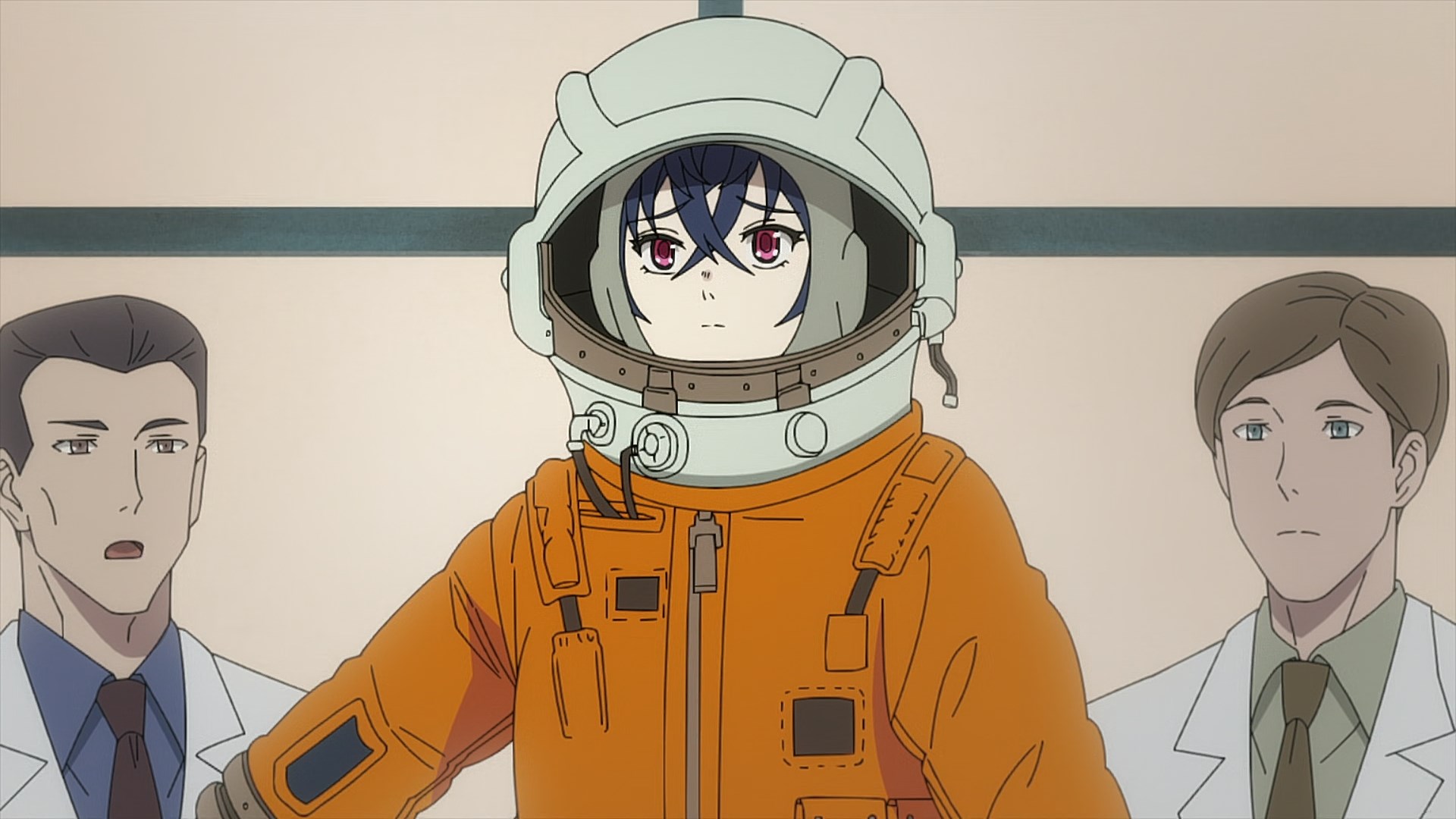 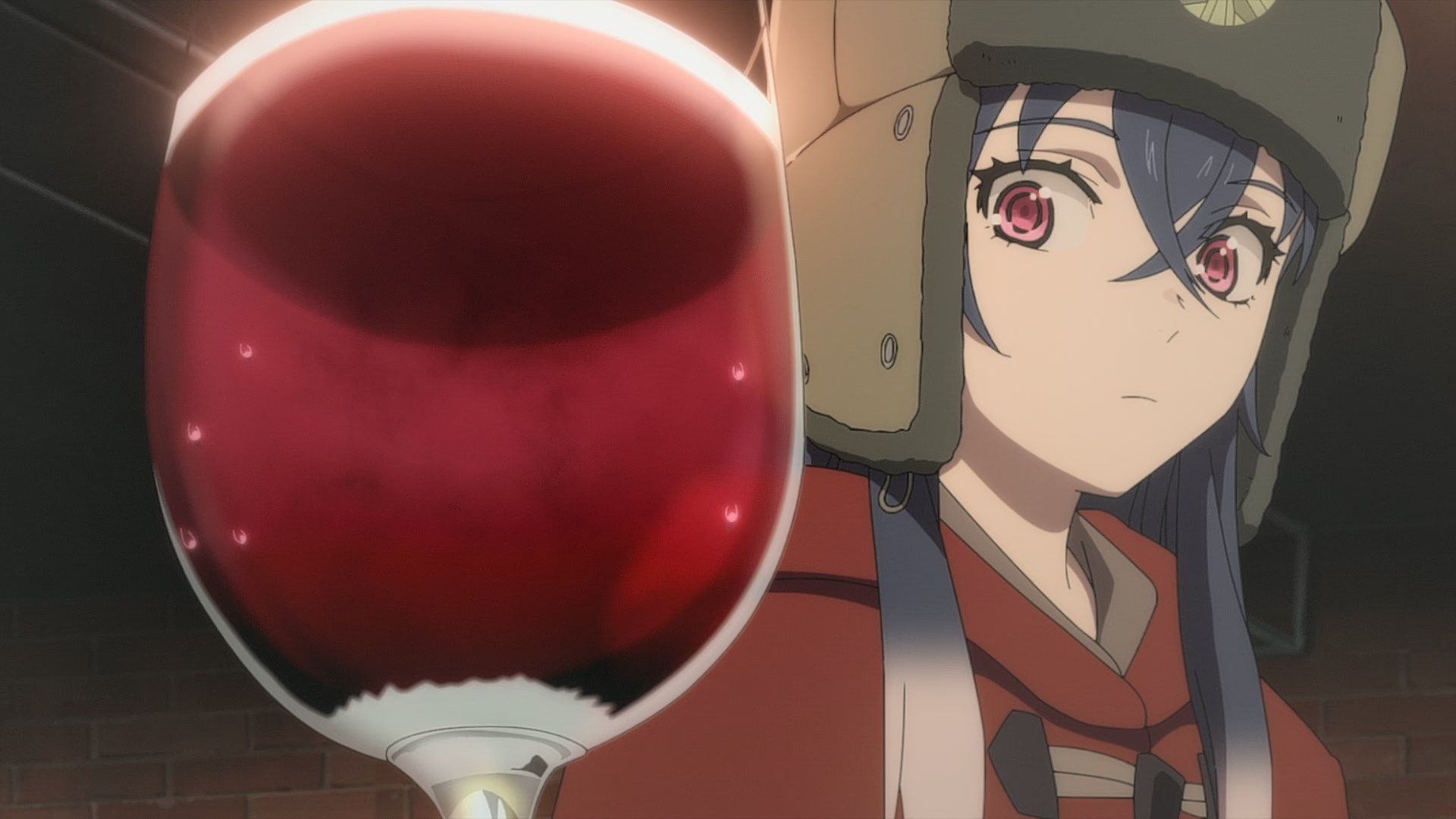 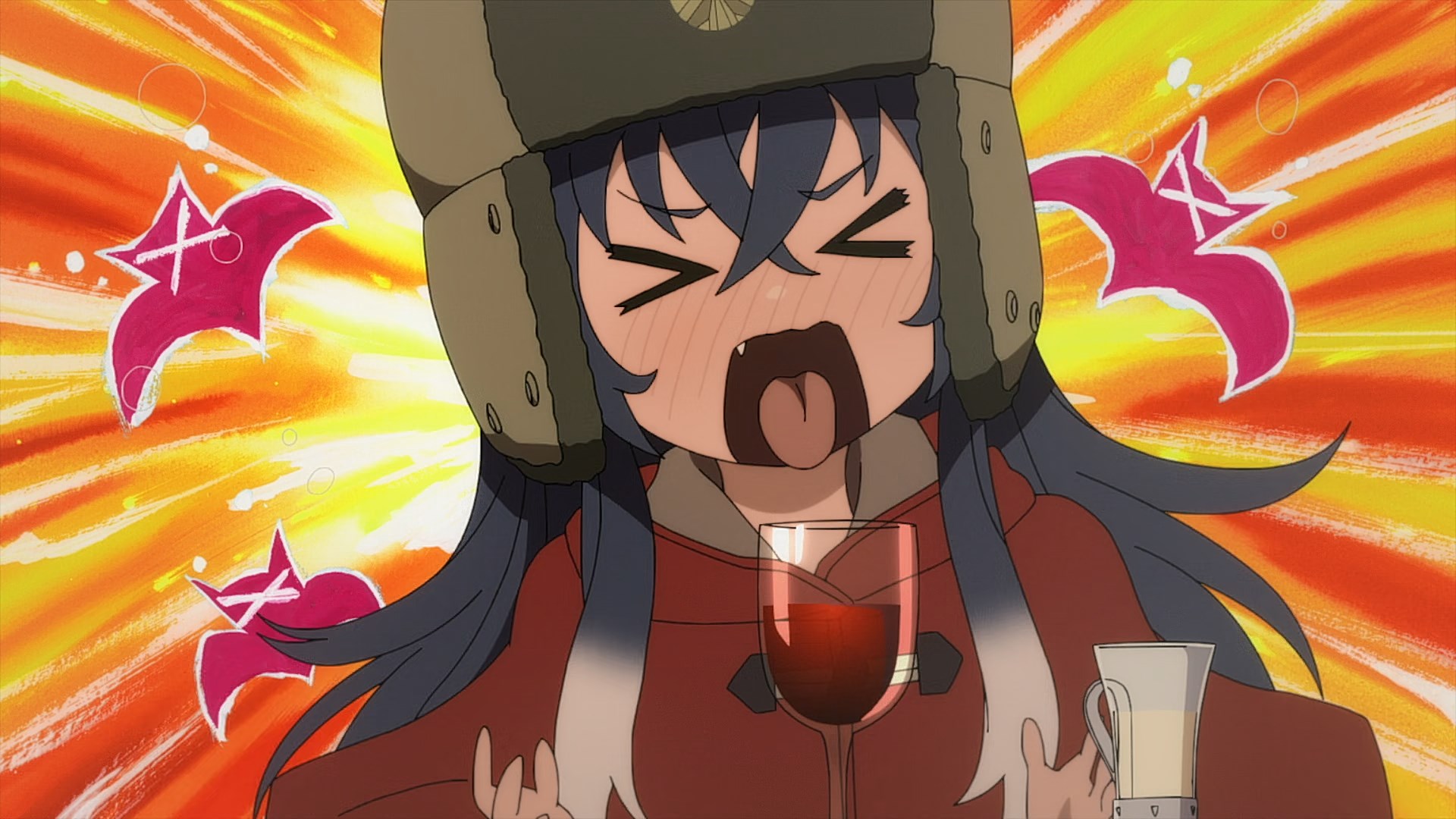 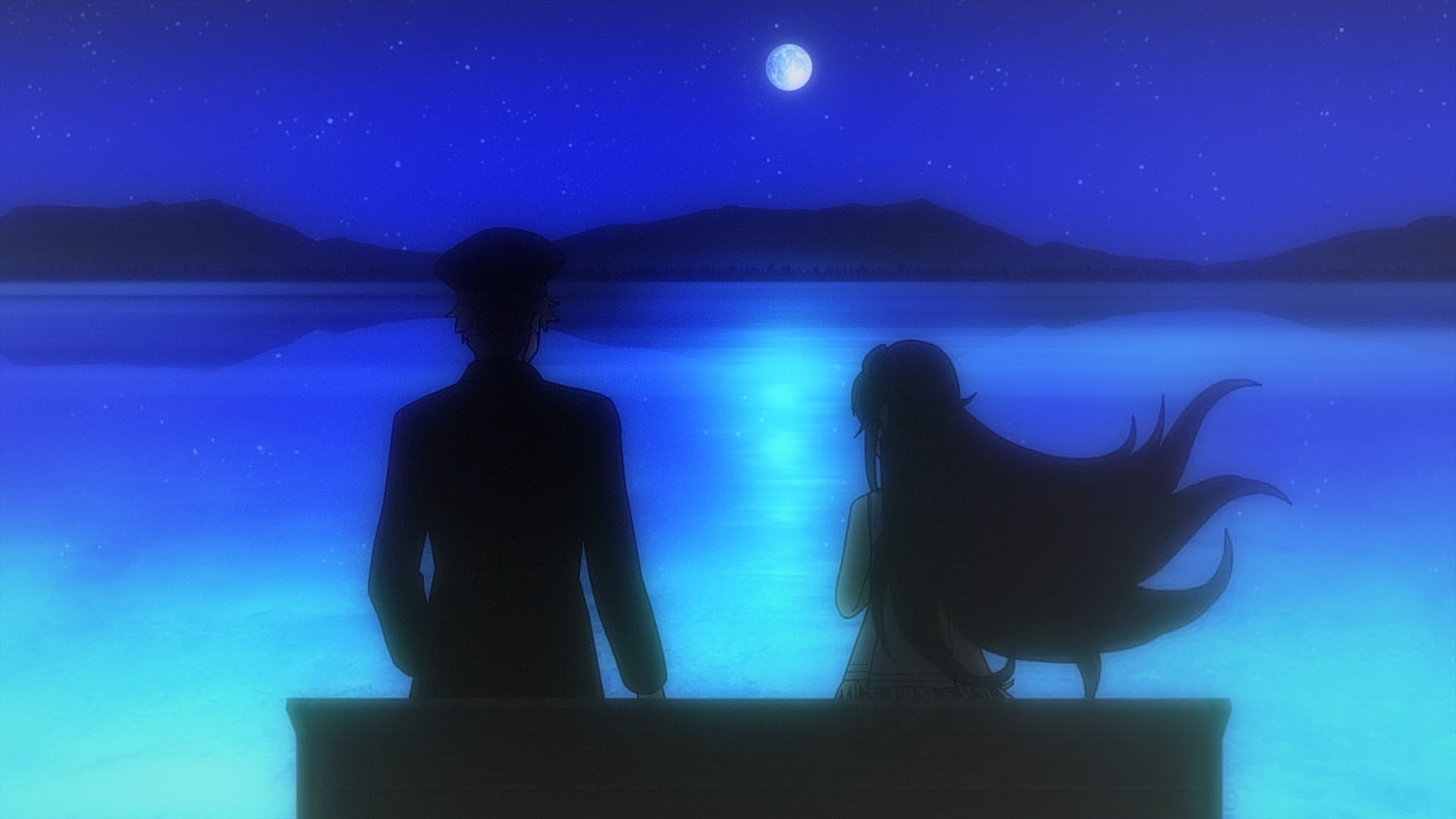