Ad: Buy Girls Und Panzer Merch from Play Asia!
In this preliminary review I will give you my take on the first two episodes of each series with those being My Senpai is Annoying and Taishou Otome Otogibanashi. Both shows are similar in nature as they can be classed as romantic/comedy although Taishou is the more serious of the two plus it is a period piece set 100 years ago. Out of the two I would prefer My Senpai is Annoying but take my comments watch the trailer and decide which series is best for you! No right or wrong answers here!

My Senpai is Annoying!

Just by looking at the trailers you can see Futaba has a very loli like appearance but this point is really emphasised in the opening scene when she gets ready for work. I didn’t expect that. We see her co-workers and they seem rather quirky but at this point not much is revealed over their overall personalities.

Instead, this episode focuses on the chemistry between Futaba and her senpai Takeda Hurumi who is a loud boisterous fella who seems to have a pretty laid-back attitude on life. This is in stark contrast to the nervous Futaba who is not only insecure about being new at the role but also her loli like stature. What I did find amusing is despite Futaba trying to do utmost to seem mature quite often she slips into making childlike choices. No, I don’t mean infantile behaviour but more the choices she makes.

The second episode sees Futaba pick the pieces with her earlier outburst which leads to amusing results. The drama does not stop there as we get another amusing segment with Futaba trying to prove herself that she is an adult. You know what happens next but just can’t avoid laughing nonetheless. Outside the comedy acts we get some new characters introduced here plus a little extra spice in romance.

From what I have seen so far, My Senpai is Annoying caters to fans of the comedy/romance genres and has those age-old jokes of a-cup angst and typical tsundere type behaviour for the main lead. If that isn’t your thing then this is not for you but I can see a decent chunk of fans flocking for this show. If you liked Nagatoro or Uzaki Wants to Hang Out I will bet good money you will like this one. I have a weakness for such series so it gets a 7/10 from me. 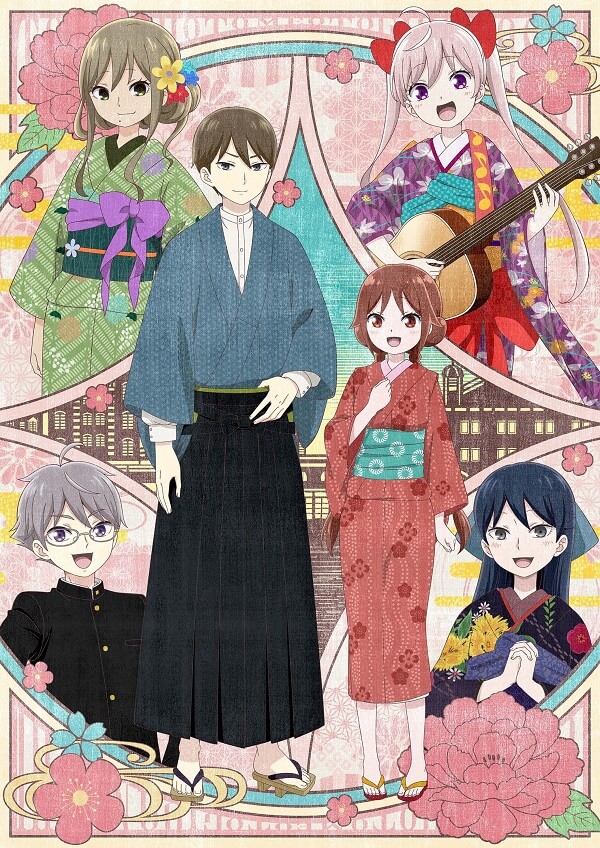 The series starts on a very deary even depressive note as we are introduced to Tamahiko’s family background. The guy comes from a powerful and rich family so while he is never poor from a material sense his family were never close on an emotional level. As a result, when he gets involved in a major car crash the family treat him very harshly when he permanently injures his dominant hand and his banished to an isolated island where he weeps in despair. It is after this start I was beginning to wonder if I struck onto another dark, depressive story.

The tone changes swiftly with the introduction of Yuzuki whose sense of optimism and ability to smile knows no bounds. I got to admit there was some charming even wholesome moments to be had however I couldn’t quite get over the sense that the girl was too perfect. It seemed unreal like she was almost a fantasy character inserted as wish fulfilment for the audience.

I suppose if you like cute girls and can overlook any sense of realism then there is definitely much to be had from this simple romantic and upbeat story. Personally, I would like a character to carry some depth and not simply be the perfect character who is eternally happy, nice and never gets frustrated or otherwise show another side that shows she is a human with finite patience and compassion. Perhaps that will come in the second or later episodes we will have to wait and see.

The second episode starts on a very sombre note as Tamahiko’s father delivers some ghastly news. You can certainly feel for Tamahiko after hearing such brutal news. It is sad and the depression especially given his family history makes for some difficult viewing. It is not all doom and gloom however as things slowly pick up to something that was more upbeat. There is a twist right at the death to keep viewers interest in a third episode.

Hmm I have mixed feelings over this anime on the one hand the production values are great and it captures the period piece this anime projects. The dynamics of the Shima will prove to be another point of interest but the BIG bugbear I have is that Yuzuki is too perfect which breaks my sense of suspension. I will give this a 6/10 for now.